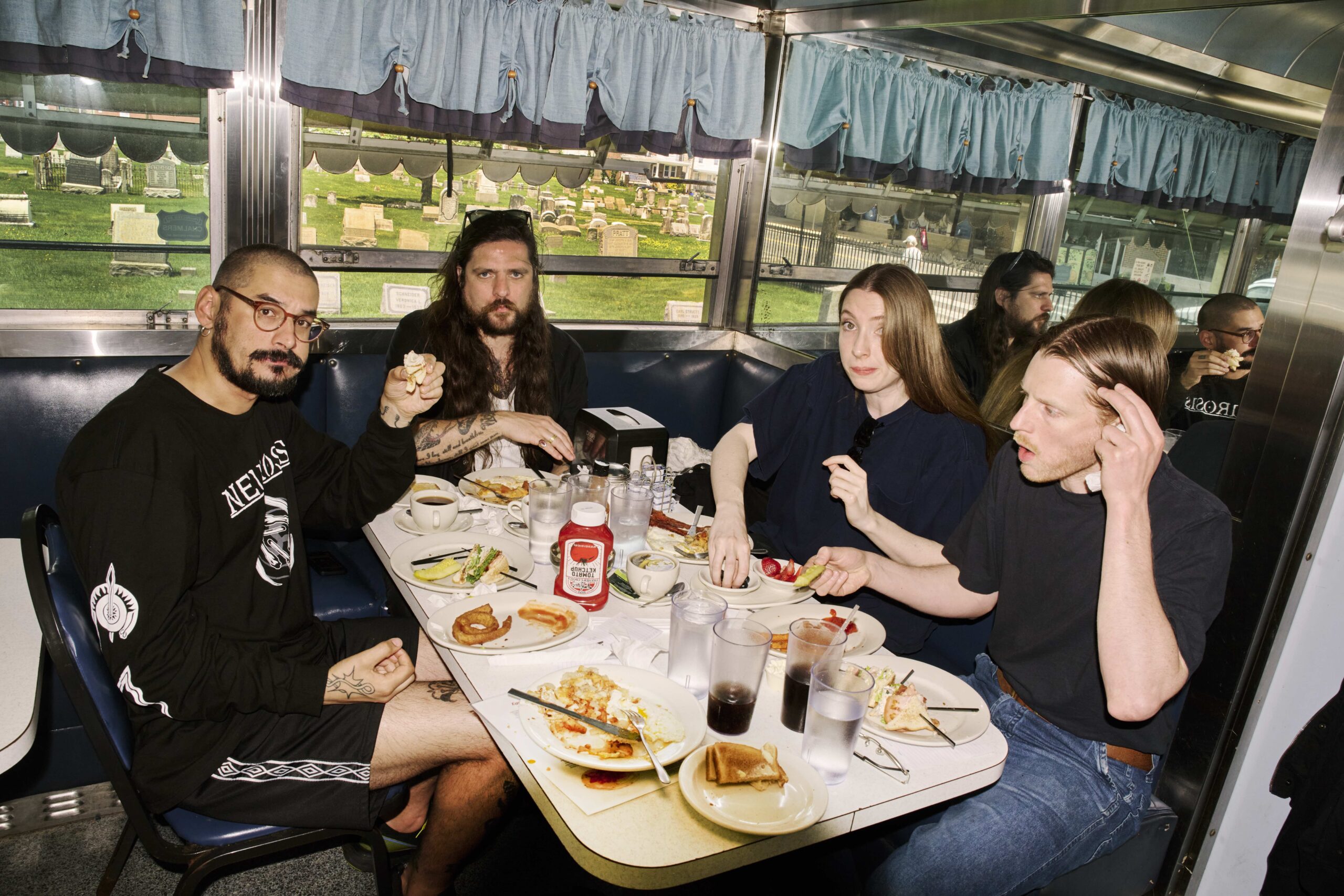 Vocalist Florence Shaw says, “The words in the chorus came about because I was trying to write a song to sing to my own brain: ‘You are always fighting me / You are always stressing me out.’”

Stumpwork was recorded in rural Wales with the same team behind New Long Leg, including producer John Parish. According to a release, “imposter syndrome and anxiety was replaced by a fresh freedom and openness to explore beyond an already rangy sonic palette … a newfound confidence in their creative vision. A longer period in the studio afforded the time to experiment, improvise, play and sharpen their table tennis skills.”

Dry Cleaning has an extensive 2022 tour in progress and will play in Europe through early July before returning to North America.