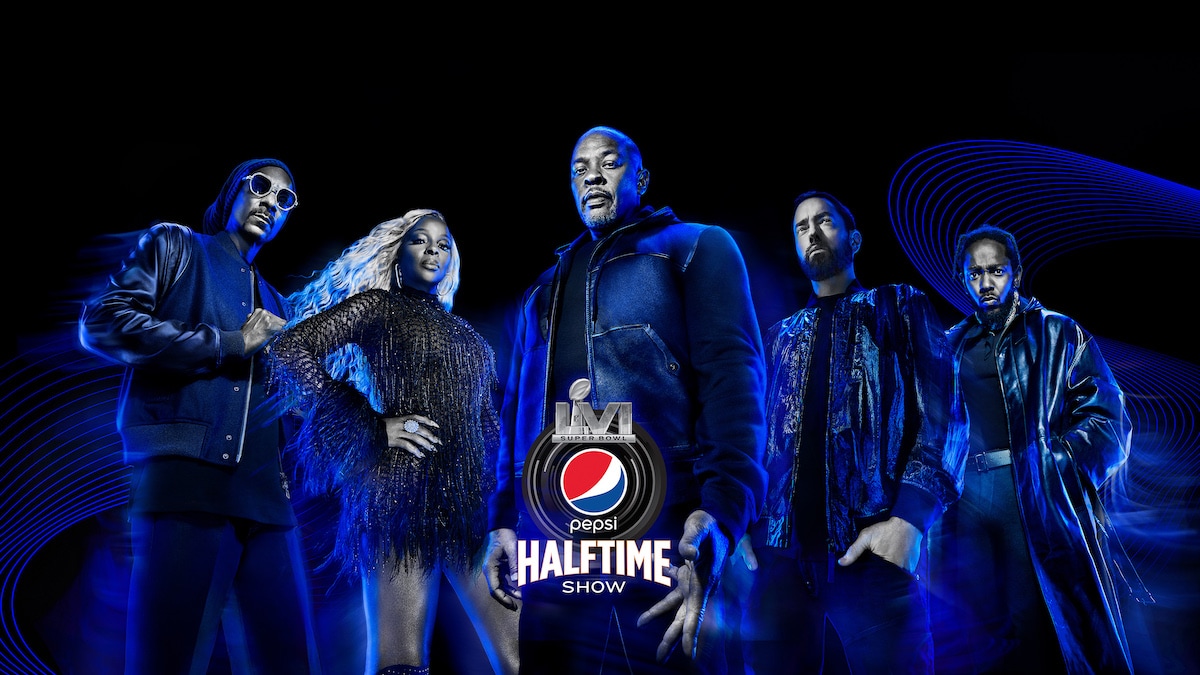 After basically ignoring the Atlanta music scene when the Big Game was there a few years ago, the NFL decided to not make the same mistake twice.

For this year’s game at SoFi Stadium in Los Angeles, the NFL is giving the Super Bowl Halftime show a distinctly Los Angeles feel, as Compton natives Dr. Dre and Kendrick Lamar will be joined by Eminem, Mary J. Blige and Long Beach’s own Snoop Dogg.

This will be Dr. Dre’s first live performance since headlining Coachella with Snoop Dogg in 2012 (the one with 2Pac’s hologram).

“The opportunity to perform at the Super Bowl Halftime show, and to do it in my own backyard, will be one of the biggest thrills of my career,” Dr. Dre said in a statement. “I’m grateful to Jay-Z, Roc Nation, the NFL, and Pepsi as well as Snoop Dogg, Eminem, Mary J. Blige and Kendrick Lamar for joining me in what will be an unforgettable cultural moment.”

Last year, The Weeknd performed at the Super Bowl Halftime Show in Tampa.