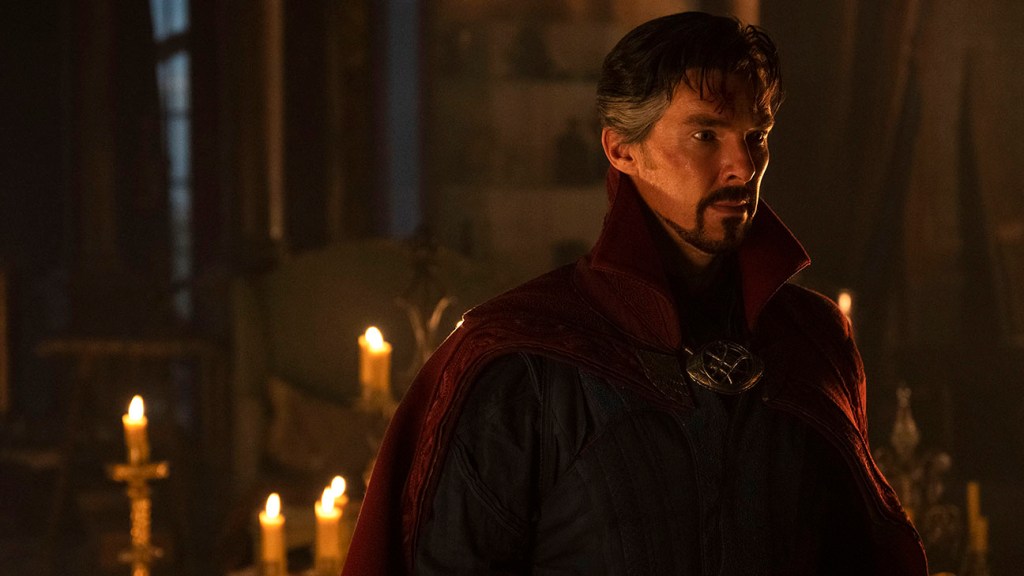 [This story contains spoilers for Doctor Strange in the Multiverse of Madness.]

It was truly a sight to behold for X-Men fans.

Patrick Stewart made an obvious (even noted on his Twitter account) appearance as Charles Xavier in Doctor Strange in the Multiverse of Madness.

Stewart’s was among other exciting cameos, which will not be discussed here. And even if fans knew it was coming from the slight tease in one trailer and the actor himself at the Hollywood premiere, the moment still struck a rich chord of nostalgia.

But what’s even better, there were three nods to the classic Fox ’90s X-Men: The Animated Series to that Multiverse of Madness Professor X, who on Earth-838 is a member of the mutant secret society, the Illuminati.

The first two nods are simultaneous: As Professor X enters the Illuminati’s chamber, composer Danny Elfman’s score goes into a version of the unmistakable animated series theme. As the theme plays, Professor X is shown in a yellow hover chair, exactly like that from the Fox cartoon. And finally, when Professor X uses his telepathic power to show Doctor Strange what happened to their Stephen Strange on Earth-838, circular ripples emanate from his forehead, just like when the character used his powers in the cartoon.

On X-Men: The Animated Series, which ran for five seasons after it debuted on Halloween 1992, Cedric Smith voiced Professor X. Stewart played the character in six X-Men-themed films before Multiverse of Madness, including 2000’s X-Men, which along with Blade (1998) and Spider-Man (2002), is credited with ushering in the superhero blockbuster era.

Doctor Strange in the Multiverse of Madness is now playing in theaters.