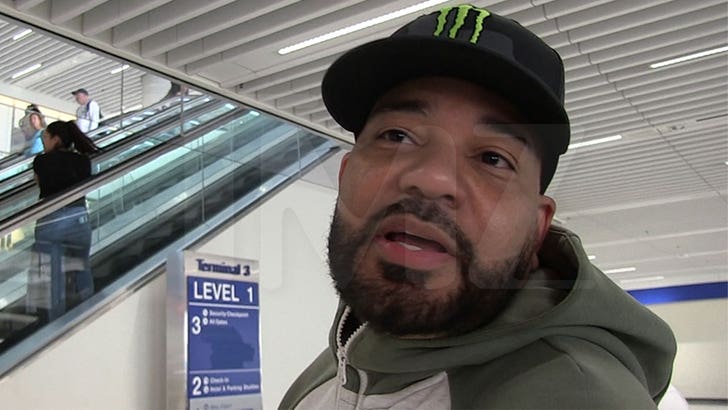 DJ Envy thinks all rappers should invest in some form of protection for their jewelry following PnB Rock‘s murder, and “The Breakfast Club” co-host has much experience insuring valuables.

We caught Envy strolling through LAX, where he said hip hop’s latest tragedy resonated greatly with him as he too has a prized collection of jewelry and chains.

At the core, Envy feels the world should be a place where people should be allowed to wear the spoils of their success without fear of violence … but he’s quick to acknowledge that just ain’t reality!

Envy admits he tends to leave the flashy stuff locked up at home when he’s traveling for DJ gigs or car shows — but if he does hit the scene with a bit of bling, Envy says he’s always trailed by security and sometimes self-protection.

Stephen Jackson Speaks Out After PnB Rock Murder, ‘I Check In Everywhere I Go’

He’s also been robbed before, and says sometimes it only takes one time getting burned before you opt to carry your own heat.

As we’ve reported … PnB was murdered last week in an L.A. Roscoe’s Chicken & Waffles, and the killer made off with his chains as he lay on the floor dying.

Envy’s future message to PnB’s killers was clear enough, however — no price is worth the crime of taking someone’s life over jewelry.