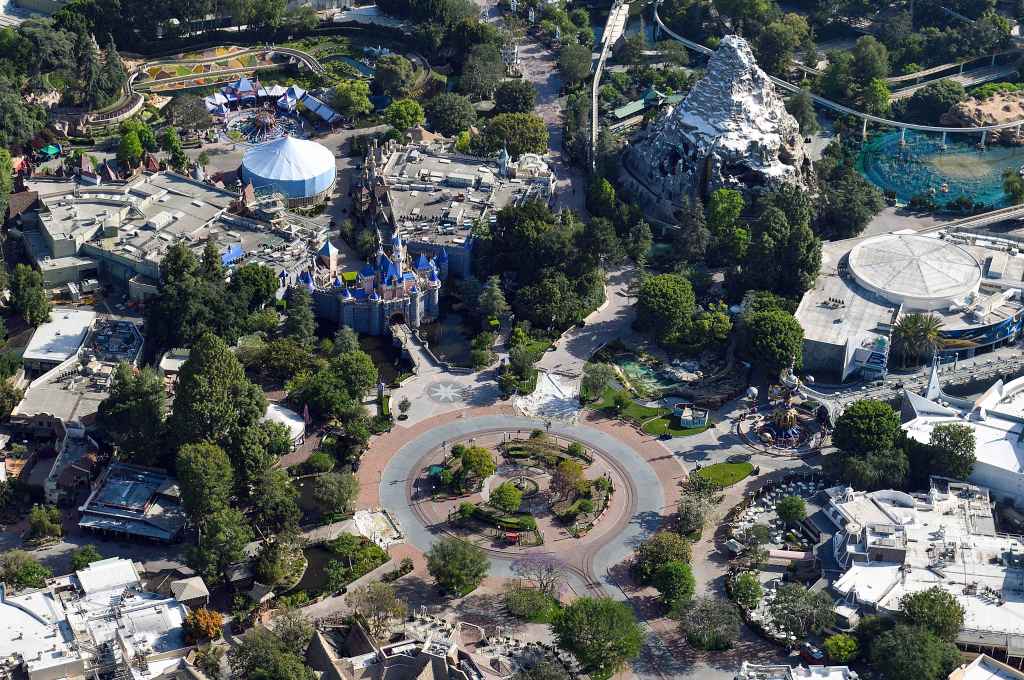 One silver lining of the seven-month coronavirus closure of Disneyland and Disney California Adventure is that Disney work crews have had unfettered access to work on 20 construction, refurbishment and maintenance projects.

Disney crews have been able to work on Avengers Campus, Mickey and Minnie’s Runaway Railway and a host of other projects In line with direction from government and health officials while the Anaheim theme parks remain closed amid the COVID-19 pandemic.

SEE ALSO: Would you take a rapid COVID-19 test to get into Disneyland?

COVID-19 health and safety reopening guidelines issued by the state could leave Disneyland, DCA and other large California theme parks unable to return until early 2021 or next summer.

The continued work is good news for Disneyland fans after Disney announced plans to cut $700 million in capital expenditures as a result of the pandemic’s impact on company coffers.

Let’s take a closer look at the 20 construction, refurbishment and maintenance projects that are under way or have wrapped up at Disneyland and Disney California Adventure.

Vertical construction has begun on the trackless dark ride behind Mickey’s Toontown. The debut of Mickey and Minnie’s Runaway Railway has been pushed back from 2022 to 2023.

The faux mountain range lining the edge of Toontown has been removed in spots to allow for construction to proceed on Runaway Railway.

Disney was issued a building permit for a $7.5 million attraction building with offices, restrooms and employee break room on a 120,000-square-foot site.

Construction crews have been spotted outside the classic dark ride that was undergoing refurbishment before the closure of Disneyland.

The project calls for the interiors and exteriors of the Haunted Mansion to be refreshed and some attraction mechanics to be refurbished.

The exterior of the classic Fantasyland dark ride has been painted with lighter tones to make the attraction less “scary.” The refurbishment has added turquoise shingles to a corner rooftop while castle bricks have been repainted a pink shade near the bottom rising to a grey color near the top of the building, according to MiceChat aerial images.

The extensive $445,000 “happily ever after” makeover will add new music, LED black lighting, laser projections, animation systems and audio-visual technology to the dark ride while removing the “scary” finale.

Construction scrims have surrounded the merry-go-round at the center of Fantasyland that was undergoing refurbishment before Disneyland’s closure.

The refurbishment project will replace the carousel’s steel canopy and freshen up the hand-carved horses.

Disney was issued a building permit to replace a plank bridge and its steel structure in the show set of the motion-based dark ride.

Disney crews performed a $115,000 reroofing of Mickey’s Toontown residence where visitors meet the famous mouse and pose for photos.

Scaffolding went up around Mickey’s House shortly before Disneyland was closed by the pandemic.

Work was underway on a $1.1 million emergency exit exterior staircase for the indoor roller coaster when Disneyland was closed.

Crews conducted seasonal maintenance on the Toontown kiddie coaster that is listed as closed for refurbishment on the Disneyland website.

The last remaining “French fry” rocks surrounding the entrance to Tomorrowland have been removed, according to MiceChat.

The rockwork is being removed as part of Project Stardust — which sought to widen walkways and reduce pinch points throughout the park.

A $200,000 renovation widened an existing bridge and replaced a pair of 15-foot-tall faux wooden gates and a 16-foot-long marquee at the Frontierland entrance.

Crews have finished renovating the brick apron between Sleeping Beauty Castle and Matterhorn Bobsleds near the Disneyland hub.

Disney was issued a building permit for a $350,000 reroofing of the Cider Mill and Blacksmith shop and the removal and reinstallation of a scenic prop platform.

The rustic building on the tip of Tom Sawyer’s Island serves as the centerpiece for Disneyland’s nightly Fantasmic water show.

SEE ALSO: Meet the lifelike next-gen Disney animatronic that breathes and stares at you

Maintenance crews have removed scaffolding from around the Emporium after repainting and refurbishing the exterior of the gift shop near the Disneyland entrance.

Work has not begun yet on the “Princess and the Frog” makeover of Splash Mountain.

Walt Disney Imagineering is working with Walt Disney Animation Studios on a backstory and designs for the reimagined Splash Mountain attraction.

The classic version of Splash Mountain will return when Disneyland reopens.

Ride testing was underway on the new Web Slingers: A Spider-Man Adventure attraction just before the closure of DCA.

The debut of Avengers Campus has been delayed from July 2020 to an as-yet-unannounced date.

The new backstage office building is being built behind Luigi’s Rollickin’ Roadsters in Cars Land.

Crews conducted seasonal maintenance on both of the two platforms on the Cars Land whip ride.

Many of the stationary gondolas have been removed for routine maintenance on the Pixar Pier Ferris wheel while the park is closed.

Scaffolding has been removed now that a fresh cloud backdrop has been repainted on the side of the “Frozen” stage show building.