Denzel Washington Prayed With Will Smith During Oscars After Chris Rock Slap: “I Couldn’t Have Sat in My Seat” 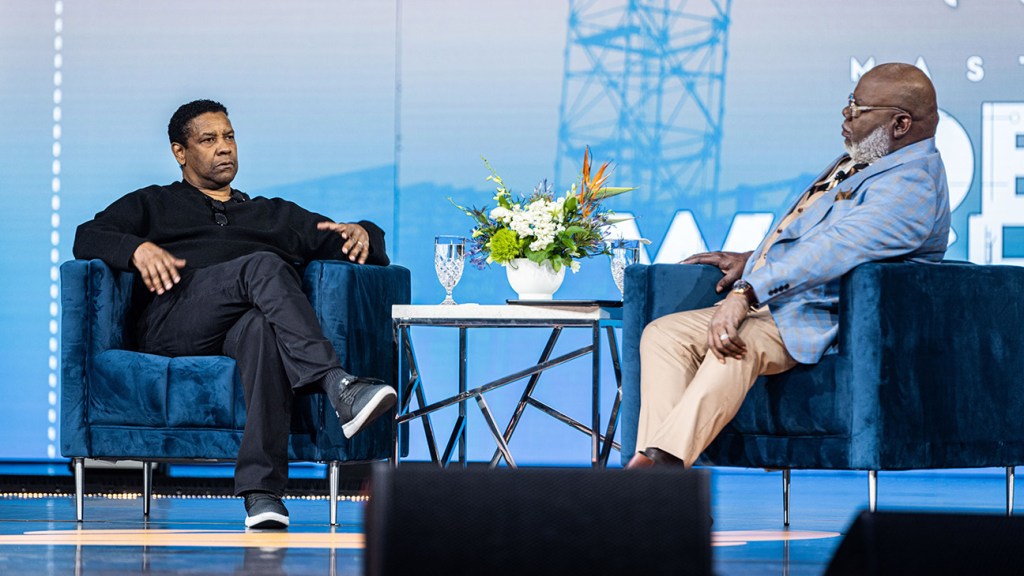 Denzel Washington has spoken publicly for the first time about the 2022 Oscars and his response during the ceremony after Will Smith slapped Chris Rock on the stage of the Dolby Theatre.

On Saturday, the Oscar-winning actor appeared with author and pastor T.D. Jakes as part of his International Leadership Summit in a discussion centered on Washington’s career and faith. During the panel, the conversation turned to Sunday night’s Oscars, where Smith took to the stage in an unscripted move and slapped Rock after the comedian and presenter made a reference to Jada Pinkett Smith, her bald hairstyle and the film G.I. Jane.

After the slap, Washington — who was nominated for Macbeth — was seen with writer-director Tyler Perry talking to Smith, in a conversation ahead of the King Richard star’s best actor win and teary-eyed acceptance speech, which doubled as an apology to the Academy.

Jakes told Washington during the Saturday event that he had “stepped in the middle of World War III,” and the actor responded first with humor. “There’s a saying: When the devil ignores you, then you know you’re doing something wrong. The devil goes, ‘Oh, no, leave him alone. He’s my favorite,’” Washington said, laughing, before becoming more solemn. “Conversely, when the devil comes at you, maybe it’s because you’re trying to do something right. And for whatever reason, the devil got ahold of that circumstance that night.”

Washington went on to say that fortunately people were there including Perry, who he said came over immediately and shared in prayers with Smith. The actor declined to discuss what was said between the men at the time and also declined to condemn Smith. “There but for the grace of God go any of us. Who are we to condemn?” Washington asked. “I don’t know all the ins and outs of the situation, but I know the only solution was prayer.”

Later during the panel, Washington also told Jakes when the topic of the actor remaining in his seat was broached that it wasn’t an option for him to not get up and address Smith. “I couldn’t have sat in my seat. No way I could have sat in my seat,” he said. “That’s just not who I am.”

On Friday, Smith announced he was resigning from the Academy amid a pending investigation about his actions during the ceremony. In his statement, Smith said he had responded to the Academy’s disciplinary hearing notice and is planning to “fully accept any and all consequences” for his conduct. Smith had previously apologized during the ceremony to the Academy, and on Monday in a statement posted to his Instagram, offered an apology to Rock as well. “I was out of line and I was wrong. I am embarrassed and my actions were not indicative of the man I want to be,” he said.

After Smith’s resignation, Academy president David Rubin — which began disciplinary proceedings around Smith after a meeting of its board of governors earlier in the week — acknowledged the group had accepted the actor’s resignation. “We will continue to move forward with our disciplinary proceedings against Mr. Smith for violations of the Academy’s Standards of Conduct, in advance of our next scheduled board meeting on April 18,” the statement concluded.