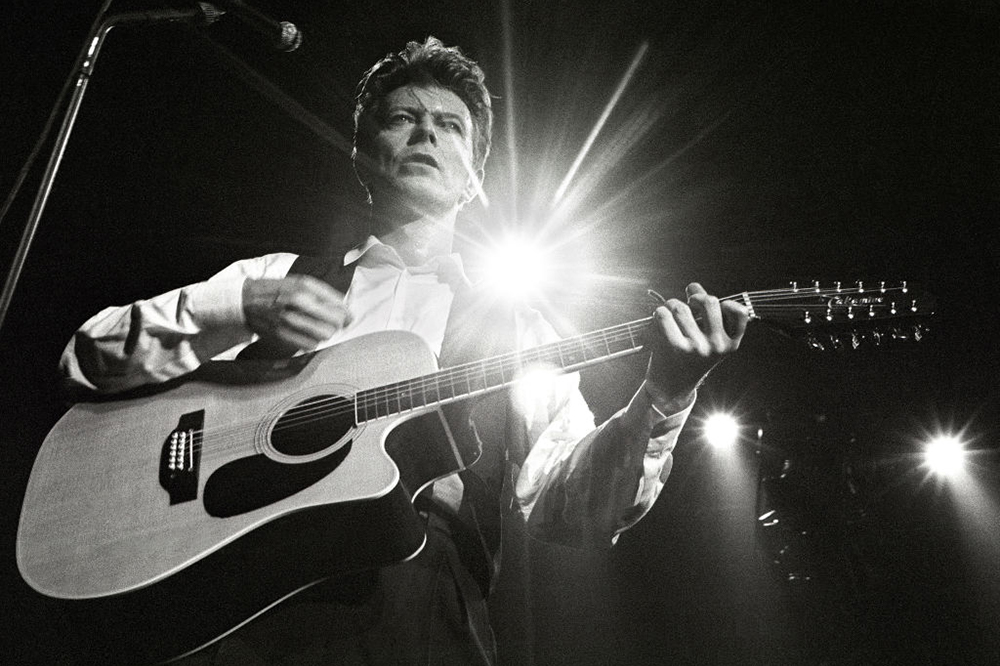 To celebrate what would have been David Bowie’s 74th birthday, on Jan. 8. 2020 two previously unreleased covers — John Lennon’s “Mother” and Bob Dylan’s “Tryin’ to Get to Heaven” — will be released as a limited-edition seven-inch single.

Bowie’s version of “Mother” was produced by Tony Visconti in 1998 for a Lennon tribute that never came to fruition. It was originally recorded by the Beatle for his 1970 John Lennon/Plastic Ono Band album.

Dylan’s “Tryin’ to Get to Heaven” was recorded by Bowie in February 1998 during the mixing sessions for the live album LiveAndWell.com. Dylan’s original was released on his multiple Grammy-winning 1997 album Time Out Of Mind.

Guitarist Reeves Gabrels, who played with Bowie from 1987 to 1999 and has been a member of the Cure since 2012, performs on both songs.

The single will be limited to 8,147 numbered copies — in honor of Bowie’s birthday, 8/1/47. A thousand of those will be on cream-colored vinyl available only from the official David Bowie store and Rhino Records website. The remainder will be black vinyl. Both tracks will be available to stream and download.

Last month, the second installment in Bowie’s Brilliant Live Adventures (BLA) series, No Trendy Réchauffé (Live Birmingham 95), came out was released last month. The BLA releases are a series of six live albums from the 1990s released on vinyl and CD as limited one-run-only pressings.