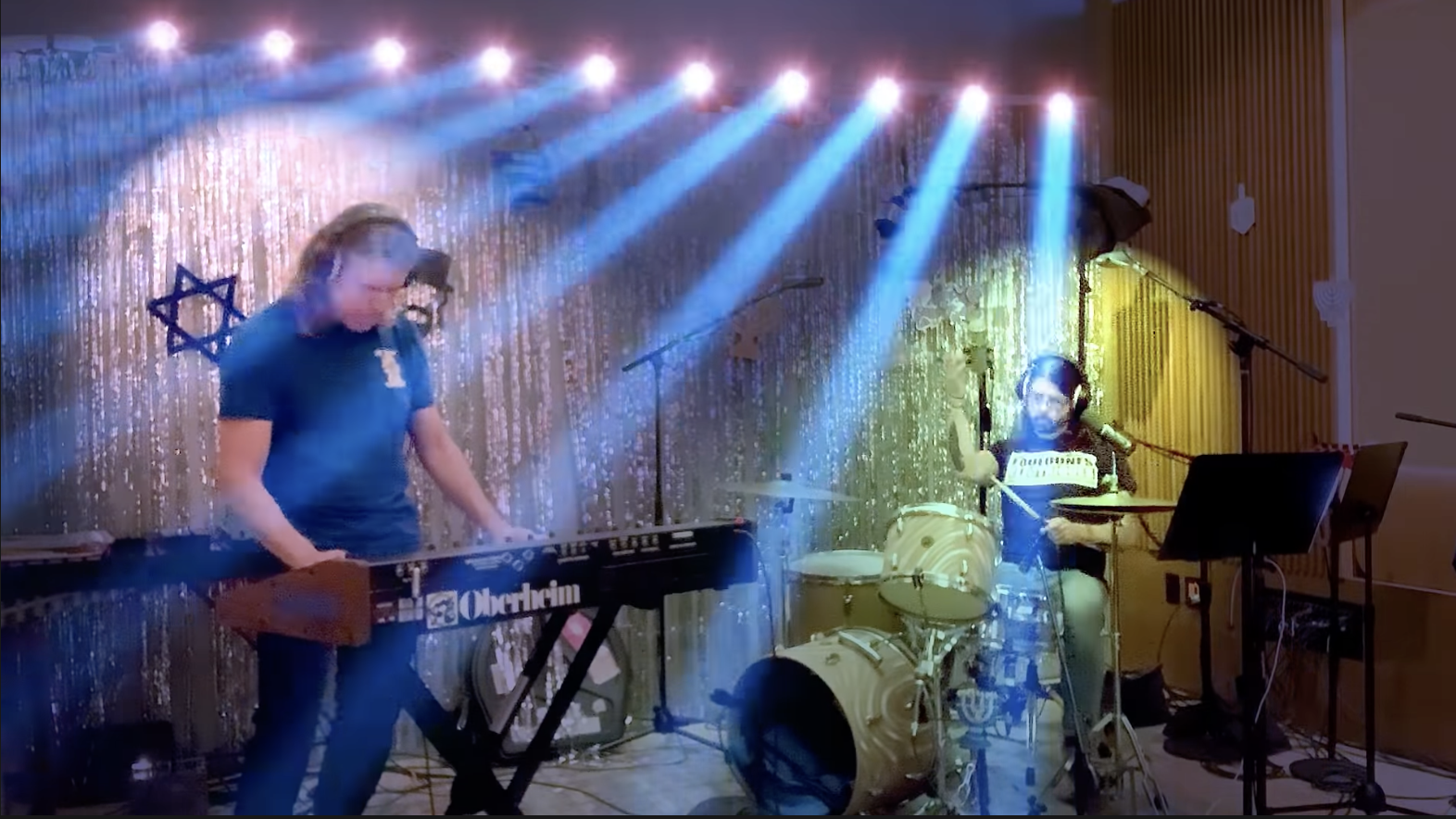 On the fourth night of Hanukkah and in the latest edition of the Hanukkah Sessions, Dave Grohl and Greg Kurstin took on Van Halen’s “Jump.”

The song is a tribute to Van Halen’s Jewish frontman, David Lee Roth, who was previously immortalized in Adam Sander’s “Hanukkah Song.”

The duo has performed covers of “Stay (I Missed You)” by Lisa Loeb, “Blitzkrieg Bop” by the Ramones, and “Copacabana” by Barry Manilow this Hanukkah so far, and there are four more nights of anticipating who they may cover next. Last year’s Hanukkah Sessions’ covers had a great range in various genres, and this year (so far) is prominently rock ‘n’ roll filled. But, hey, over here, no one’s complaining.

With Kurstin’s helping hand to Adele’s recently released, widely-acclaimed 30, and Grohl’s extensive list of upcoming Foo Fighter-related doings, their Hanukkah Sessions make for a great and joyful close of an (understatedly) chaotic year.