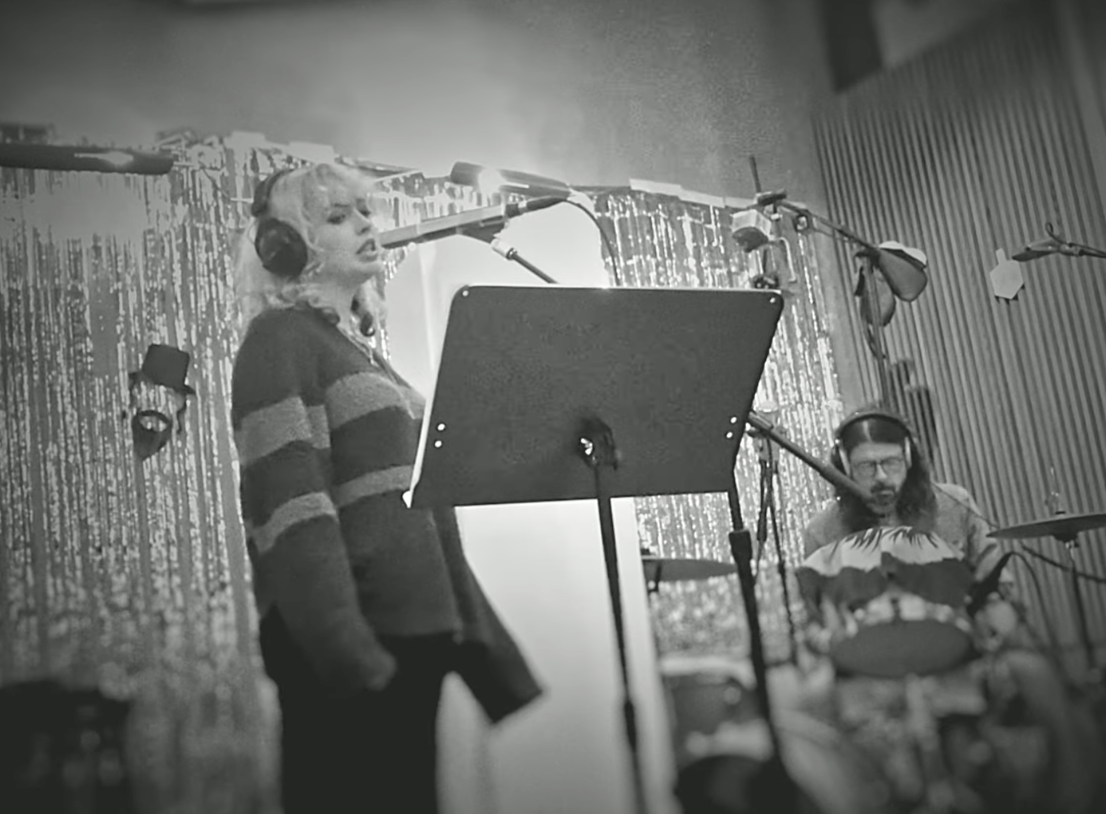 For the fifth night of Hanukkah, Dave Grohl and Greg Kurstin brought in Violet Grohl to perform “Take The Box” by Amy Winehouse for their Hanukkah Sessions.

“Despite this song’s mention of a ‘Moschino bra you bought me last Christmas,’ it’s common knowledge that the amazing woman behind the song was actually Jewish,” the YouTube video’s description reads. “Gone far too soon…Ms. Amy Winehouse and ‘Take The Box.’”

So far, the Grammy-winning duo has performed “Stay (I Missed You)” by Lisa Loeb, “Blitzkrieg Bop” by the Ramones, “Copacabana” by Barry Manilow, and “Jump” by Van Halen. The last of which was approved by none other than Wolfgang Van Halen himself.

Earlier this week, the Foo Fighters announced plans for a 2022 North American tour. However, a (monkey) wrench was thrown into those plans when the band had to move their Minneapolis show over COVID policy. Besides that, Grohl released documentaries, went on tour, and published his first memoir. Oh and let’s not forget that Foo Fighters released their 10th studio album, Medicine at Midnight and a Bee Gees covers album. Early next year, the band will release a horror-comedy around the events leading up to Medicine to Midnight.

Stay tuned for another Hanukkah Sessions cover tomorrow and the next two nights.

2021-12-02
Previous Post: Lala Kent and Randall Emmett: A breakdown of their breakup
Next Post: Tom Morello releases “The Maze” ahead of ‘The Atlas Underground Flood’