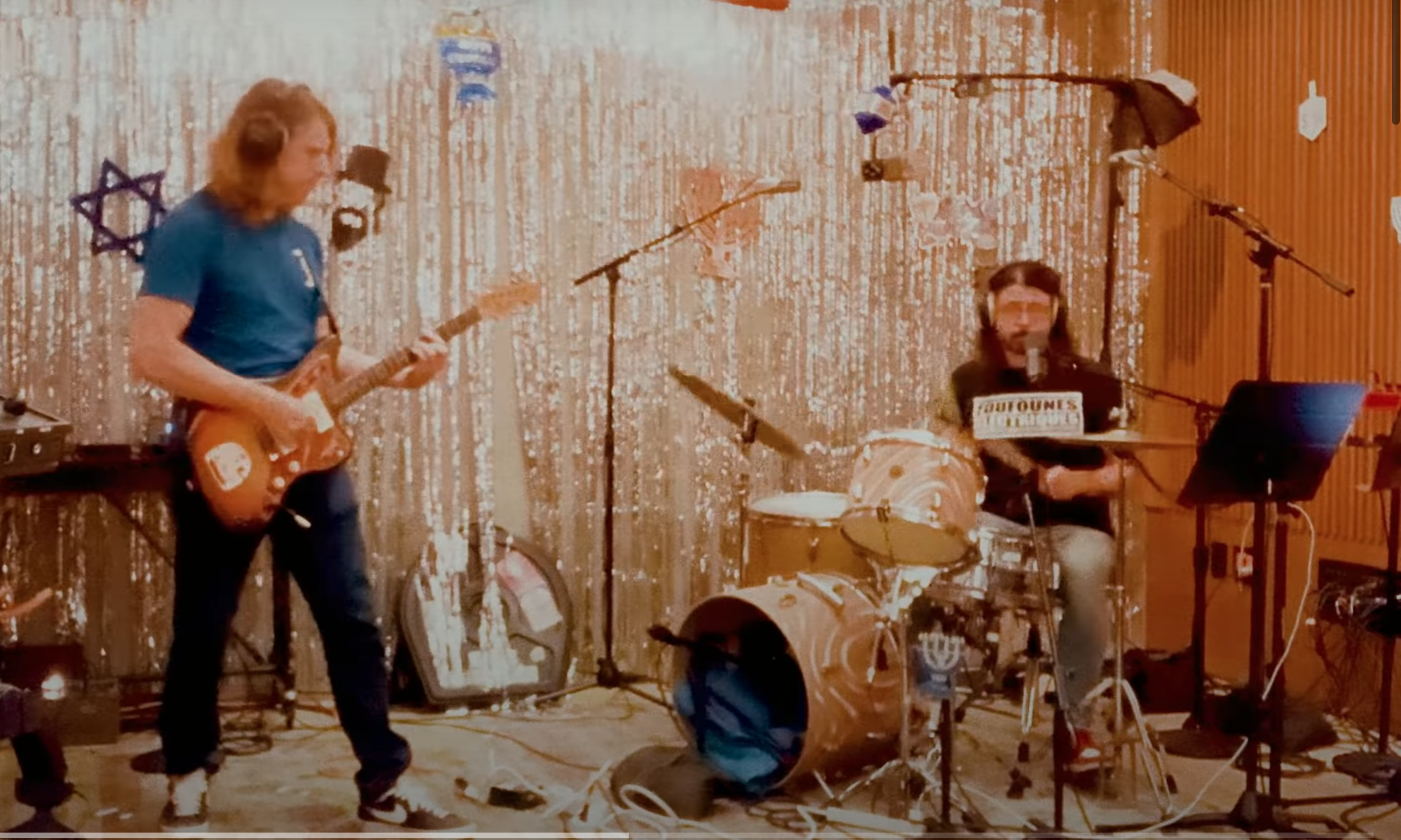 Yesterday, Dave Grohl and Greg Kurstin kicked off the second edition of the Hanukkah Sessions, covering Lisa Loeb’s “Stay (I Missed You).” Tonight, the duo took on the Ramones‘ classic “Blitzkrieg Bop.” Unlike yesterday’s rendition, Grohl and Kurstin’s Ramones cover stays pretty true to the original except for a slight lyrical twist.

In a tweet, Grohl kept it simple. “Once upon a time, two nice Jewish boys from Queens named Jeffery Hyman and Thomas Erdelyi changed the world forever with their music….. as Joey and Tommy Ramone!”

Around this time last year, Grohl (who is not Jewish) and Kurstin (who is Jewish) first decided to celebrate the eight nights leading up to the Festival of Lights with the Hanukkah Sessions. “This year, instead of doing a Christmas song, this year, Greg and I decided to celebrate Hanukkah,” Grohl said. “By recording eight songs by eight famous Jewish artists and releasing one song each night of Hanukkah.”

And thus, a new tradition was born.

After a year of sitting at home, Grohl made up for lost time in 2021. He released documentaries, went on tour, and published his first memoir. Oh and let’s not forget that Foo Fighters released their 10th studio album, Medicine at Midnight and a Bee Gees covers album. Early next year, the band will release a horror-comedy around the events leading up to Medicine to Midnight. The Foos have a few more shows before the end of the year before heading abroad in 2022.