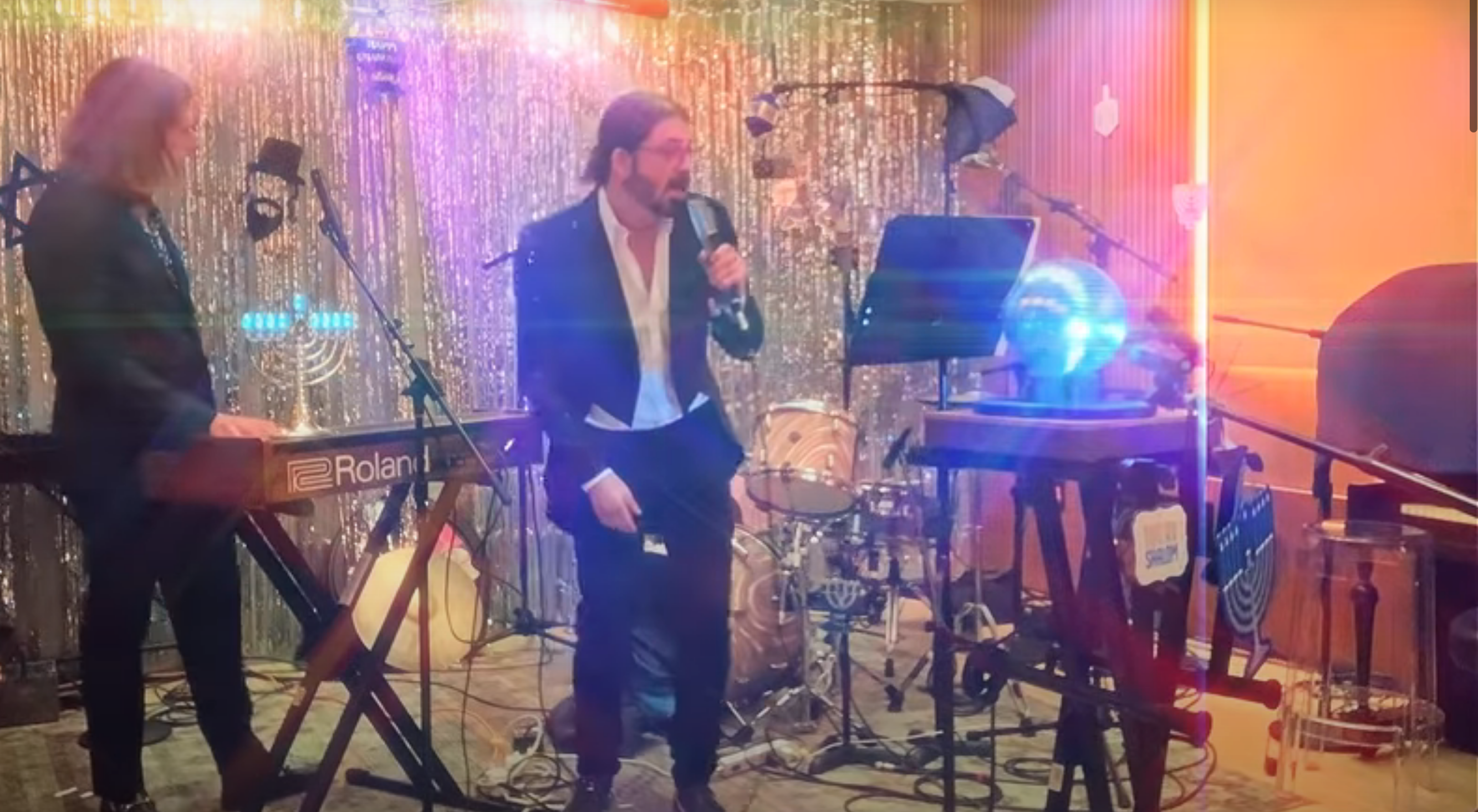 Back for the third night of Hanukkah and as the latest entry in their Hanukkah Sessions, Dave Grohl and Greg Kurstin shared another cover. This time, they tackled Barry Manilow’s “Copacabana” (raise your hand if you saw that coming?) to honor the Festival of Lights.

“Barry Pincus – not only one of the greatest songwriters of the 20th (or any) century, but a mega-mensch to boot!” he said in a tweet. “So, like a good neighbor, you deserve a break today. So grab a bucket of chicken and let’s get stuck on…@barrymanilow’s “Copacabana”!

So far, Grohl and Kurstin have covered Lisa Loeb’s “Stay (I Missed You” with a metal twist and a more traditional version of the Ramones’ “Blitzkrieg Bop.”

The rockin’ duo decided to celebrate Hanukkah again this year rather than their previous tradition of covering a Christmas track. Last year, their Hanukkah cover line-up featured a wide-range of genres and eras, from the Velvet Underground’s “Rock and Roll” to Drake’s “Hotline Bling.”

Following a string of new Grohl and Foo Fighters announcements this year, the band is set to embark on a 2022 North American tour beginning in May. The Foos have yet to announce the 17-date tour’s special guests, but who knows, maybe Kurstin will show up to perform one of the Hanukkah Sessions.