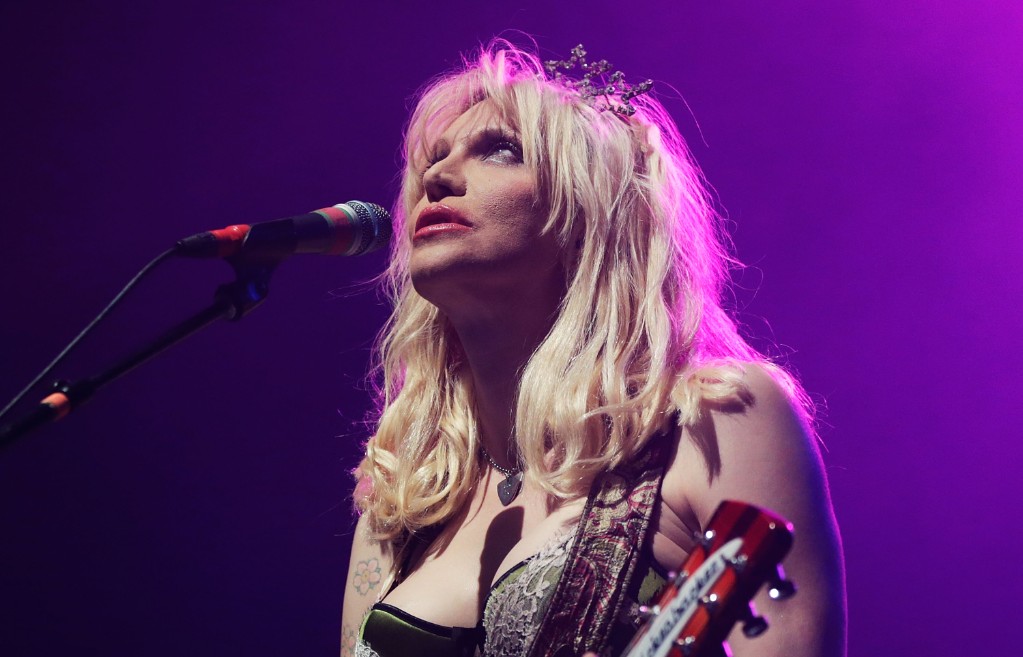 Courtney Love offered her approval for Miley Cyrus’ recent cover of Hole’s “Doll Parts,” saying she was “touched” by the performance. In the same Instagram post, Love shared a video of her late husband, Kurt Cobain, telling the crowd at a Nirvana show that Love was “the best fuck in the world.”

In a previous Instagram post, Love had called Cyrus’ cover, which performed on The Howard Stern show, “sweet” and expounded on the song’s origins.

“I had to write most of the lyrics on my arm in Sharpie as I ran out of paper,” she recalled of the song, which was written in 20 minutes in a bathroom in Cambridge, Massachusetts.

“People were pounding on the door as I wrote it. It was played for the first time about an hour later, at the Virgin megastore in Boston. It was about a boy, whose band had just left town, who I’d been sleeping with, who I heard was sleeping with two other girls. It was my way of saying ‘You’re a fucking idiot if you don’t choose ME, and here is all the desire and fury and love that I feel for you.’”

“Good songs don’t always come in 20 minutes but the force was strong and that one did,” Love said. “Anyway, I married that guy.”

As for Cobain, the post included a video of Nirvana performing “Smells Like Teen Spirit” on the U.K. program The Word in November 1991, where Cobain said, “I just want everyone in this room to know that Courtney Love, the lead singer of the sensational pop group Hole, is the best fuck in the world.”

Love apparently didn’t take umbrage Hole being called a “pop group,” instead of focusing on the praise of her sexual proclivities. “Despite it seeming possibly vulgar to some, it isn’t, it was really sweet, and made me chuckle,” she wrote. “Sort of embarrassed and sort of not.”