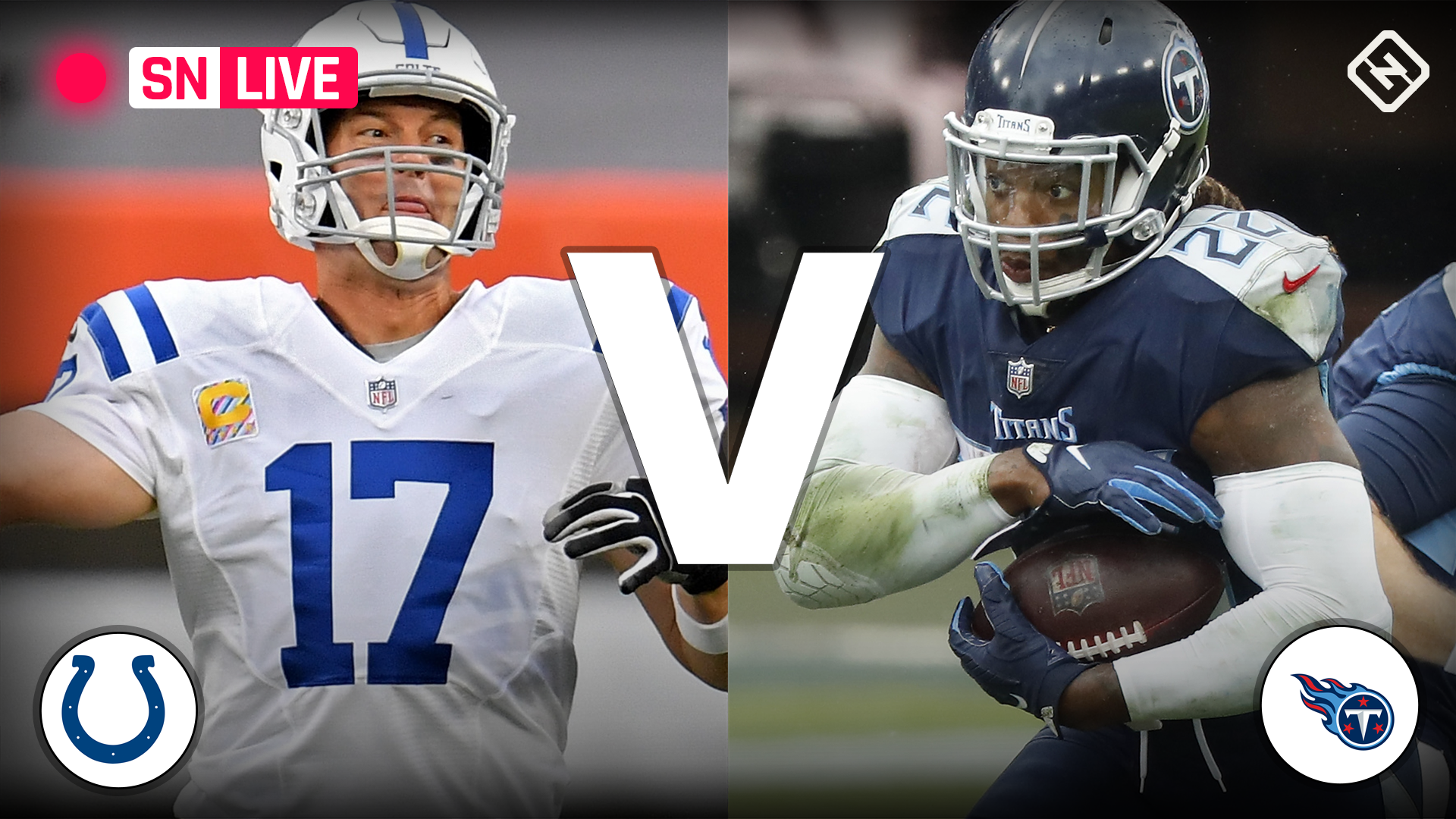 A pair of AFC South heavyweights will square off on “Thursday Night Football” as the Titans host the Colts to begin Week 10 of the 2020 NFL season.

This will be Philip Rivers’ first game in the prime-time spotlight with Indianapolis. The veteran quarterback has been so-so this year and has definitely shown signs of age at 38. The Colts (5-3) haven’t needed him to be stellar, though, just solid enough to put up some points, take care of the ball and let the defense do the heavy lifting. Indianapolis’ defense allows 290 yards per game, fewest in the NFL, and is third in scoring defense at 20 points allowed per game.

Similar to Rivers, Titans quarterback Ryan Tannehill doesn’t have the flashiest passing yardage numbers, but he has thrown 19 touchdowns with just three interceptions. He leads an effective offense built around running back Derrick Henry. In eight games, Henry has rushed for 843 yards (105.4 per game) and eight touchdowns. He’s a big reason why the Titans (6-2) lead the AFC South despite having a middle-of-the-pack defense (13th in yards allowed, 16th in points allowed).

Sporting News is tracking live scoring updates and highlights from Colts vs. Titans on “Thursday Night Football.” Follow below for complete results from the NFL Week 10 game.

11:12 p.m. — Colts punt. Rigoberto Sanchez punts for the first time tonight and the Titans get the ball at their 16-yard line, 3:01 to play. Backup QB Logan Woodside comes in for Tannehill.

Rivers help set up the play with this 40-yard pass to rookie wideout Michael Pittman Jr. earlier in the drive.

10:48 p.m. — WIDE RIGHT. Gostkowski misses from 44 yards and the Colts take over at their 26-yard line with 12:11 remaining in the fourth quarter. Rough ending to the drive for Tennessee after a holding penalty set them back

10:33 p.m. — PUNT BLOCK, TOUCHDOWN COLTS. E.J. Speed gets in and knocks down Daniels’ punt. T.J. Carrie recovers it and jogs into the end zone. Suddenly the Colts have extended their lead to 27-17, 1:52 remaining in the third quarter.

10:22 p.m. — Titans punt. Tennesse didn’t have much room to operate and the Colts get the ball back in great field position after a piddling punt — just 17 yards off the foot of Trevor Daniels — at the Tennessee 27-yard line, 4:09 left in the third quarter.

10:17 p.m. — TURNOVER ON DOWNS. Colts drive all the way down to the 1-yard line on the first possession of the second half but Wilkins is stuffed on fourth and goal. Titans take over at their 1-yard line, 7:24 left in the third quarter.

Decent job by Rivers to get Indianapolis in scoring position, including this third and long conversion. But sack forced him to spike the ball with 1 second left on the clock to set up Blankenship.

9:19 p.m. — TOUCHDOWN, COLTS. Rivers dumps it off to Nyheim Hines, who takes it in for the 13-yard score to tie it up, 10-10 with 7:49 remaining in the second quarter. That’ll be a nice little birthday present from Hines.

Titans may have stalled out, but they started to get Derrick Henry more involved on this drive, including this 20-yard run around the right side.

8:56 p.m. — FIELD GOAL, COLTS. Jordan Wilkins hesitates on a slant route and drops the pass from Philip Rivers on third down, so Indianapolis settles for a 24-yard field goal from Rodrigo Blankenship. Titans lead 7-3 with 36 seconds left in the first quarter.

8:48 p.m. — Titans go three-and-out. So nothing hurt for Indianapolis after failing to convert on fourth down. Colts get the ball back at their 25-yard line, 5:06 to play in the first quarter.

8:41 p.m. — TURNOVER ON DOWNS. Colts convert one fourth-down attempt but cannot convert a second as Malcom Butler comes up with the stop on fourth and 1. Titans take over at their 29-yard line, 6:54 left in the first quarter.

8:29 p.m. — TOUCHDOWN, TITANS. A nice first drive for Ryan Tannehill as he leads Tennessee down the field, capping it off with a 5-yard pass to D’onta Foreman on play action. Titans lead 7-0 with 11:50 left in the first quarter. Six plays, 67 yards on the scoring drive.

8:22 p.m. — Colts win the toss and elect to defer. Titans will receive the opening kickoff.

All Thursday night games throughout the 2020 NFL season will start at 8:20 p.m. ET, now with more TV options thanks to the addition of Fox to the broadcast.

Below is the complete schedule for Week 10 of the 2020 NFL season.