College Football Playoff Picture after Week 11: Four in, four out and four to watch 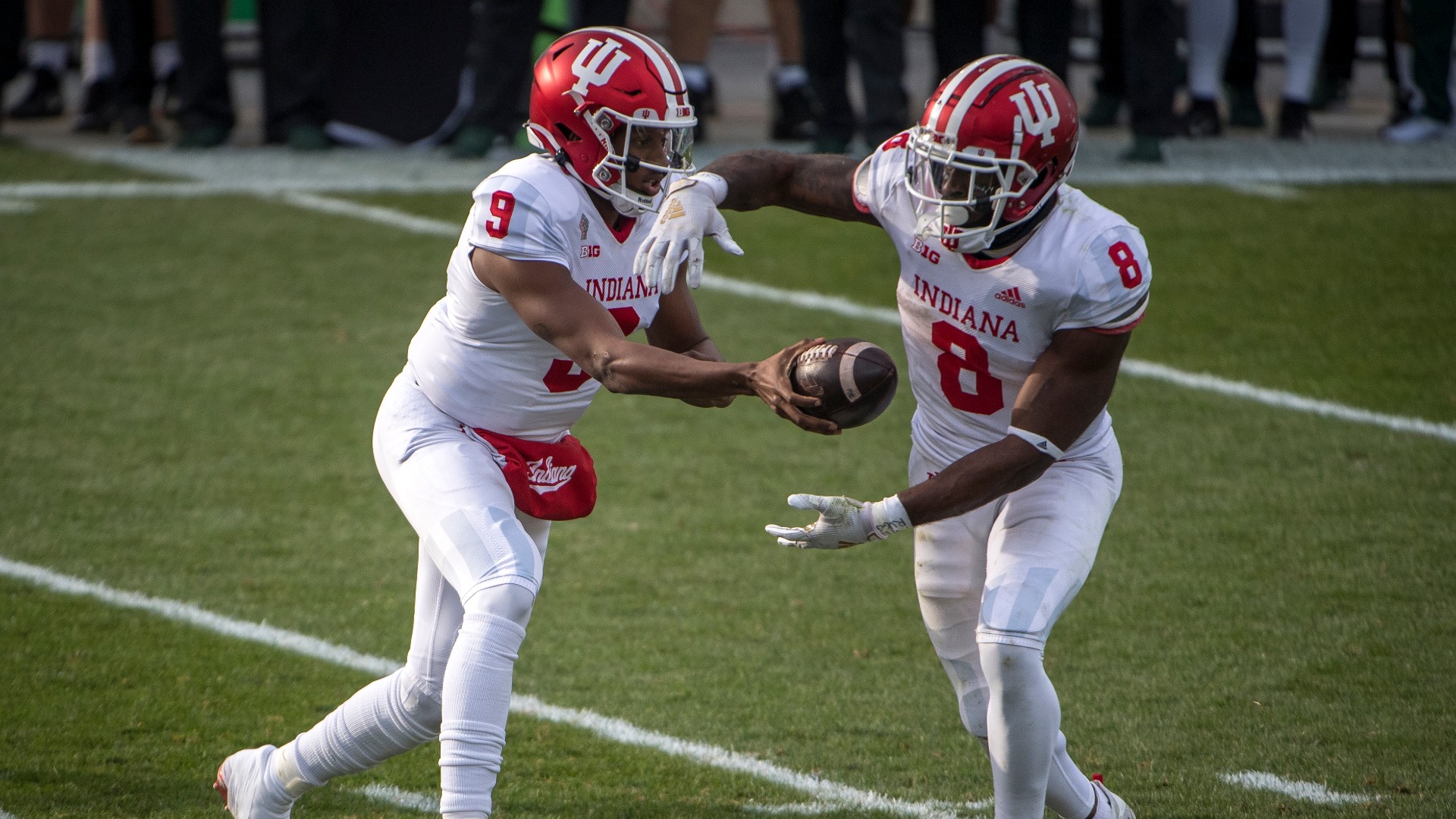 There’s just one week left until the first set of College Football Playoff rankings are unveiled.

The regular season has just four weeks remaining, and the dash to the four-team playoff is more complicated than ever with the scheduling hurdles created by COVID-19 outbreaks.

Week 11 didn’t offer much drama in that sense. Notre Dame continued its push to the College Football Playoff with a convincing 45-31 victory at Boston College. Indiana improved to 4-0 and set up the Big Ten’s most unlikely Game of the Year scenario at Ohio State on Nov. 21.

The first CFP rankings will be released on Nov. 24. Here is the five-week schedule that will close the college football season:

With that in mind, Sporting News breaks down the College Football Playoff picture with four teams in, four teams out and four teams to watch heading into the second week of November:

Alabama’s game with LSU was postponed, and the remaining schedule (for now) features Kentucky, Auburn and Arkansas in the final three weeks. The Crimson Tide’s offense ranks third in the FBS with 47.2 points per game, and the scoring defense is creeping into the top 25. With quarterback Mac Jones (2,196 yards, 16 touchdowns, two interceptions) playing at a high level, another SEC championship berth appears to be in the cards.

The Buckeyes had an unexpected bye week after Maryland went on pause because of a COVID-19 outbreak. Ohio State needs to play in six games to make the Big Ten championship game, and the conference will allow two teams to play each other if both of their games are postponed. It could lead to a wild final four weeks in the conference, but the next game on the schedule is huge: No. 10 Indiana visits Ohio Stadium with the Big Ten East lead on the line. The Buckeyes have not lost to the Hoosiers since 1988.

The Irish were not revisited by the ghosts of 1993. Ian Book (283 yards, three touchdowns) led a 21-point second quarter in a 45-31 victory against Boston College. The Irish continue to flex all the tools necessary to make a Playoff run. The running game is clicking, and the defense is sound. Notre Dame has a week before an Black Friday matchup at North Carolina. That’s the trickiest spot left on the remaining regular-season schedule.

The Tigers had a bye week to recalibrate after the 47-40 loss to Notre Dame, and Trevor Lawrence should return after missing two games because of COVID-19. Clemson’s defense also will get some key players back after giving up 32 points per game in its last three games. The Tigers have to stay focused in a three-game stretch against Florida State, Pitt and Virginia Tech, but the Playoff path is open with that potential for a rematch with Notre Dame in the ACC championship game.

The Gators poured it on Arkansas 63-35 in a game that wasn’t as close as some expected. Kyle Trask finished 23 of 29 for 356 yards and six touchdowns, and that was without star tight end Kyle Pitts. The Gators are flashing an elite offense under coach Dan Mullen, and it’s one that can make anybody — including Alabama — a little uncomfortable. Despite the head-to-head loss to Texas A&M, Florida has a better path to the SEC championship game.

The Bearcats ran it up on East Carolina in a 55-17 victory on Friday, and coach Luke Fickell shouldn’t have to apologize for it. Cincinnati remains an interesting Playoff candidate based on the schedule — which includes victories against two ranked teams — and the eye test. This is a solid team on both sides of the ball. Their placement in the initial CFP rankings on Nov. 14 is one of the best storylines. The Bearcats’ remaining schedule (vs. UCF, at Temple, vs. Tulsa) remains a challenge.

The Badgers showed no rust after a two-week break in a 49-11 beatdown at Michigan. That came after missing the last two games because of a COVID-19 outbreak. Graham Mertz wasn’t as accurate, but still managed two touchdowns and no interceptions. The running game and defense are solid, and Wisconsin still looks like the best bet to come out of the Big Ten West, depending on whether it can finish a six-game schedule to reach Indianapolis. We’ll find out in a huge matchup at Northwestern (4-0) in Week 12.

The Ducks were down 19-7 in the first half at Washington State, but a second-half rally led to a 43-29 victory in Pac-12 play. Tyler Shough passed for 312 yards and four touchdowns, and CJ Verdell rushed for 118 yards. The offense is starting to click with new offensive coordinator Joe Moorhead, and the defense can still carry it to a Pac-12 championship run. Oregon still faces an undefeated-or-else-standard, but this team is good enough to do it if the schedule holds up.

The Aggies have a head-to-head victory against Florida, but this ranking is more of a reflection of the roadblock created by their head-to-head loss to Alabama. The remaining schedule (vs. Ole Miss, vs. LSU, at No. 24 Auburn, at Tennessee) isn’t easy, either. Kellen Mond has 12 touchdowns and one interception since the loss to the Crimson Tide.

The Cougars had a bye week, and they are the highest-ranked independent team on this list. BYU doesn’t have much left on the schedule with North Alabama and San Diego State, so a 10-0 season is within reach. That might be good enough for a New Year’s Day 6 Bowl, and quarterback Zach Wilson (2,512, 22 touchdowns, two interceptions) should be a Heisman Trophy finalist. It’s still going to take some doing to get into the College Football Playoff.

It’s real for the Hoosiers now. Indiana swept Penn State, Michigan and Michigan State in Big Ten play for the first time in school history, and now the heavyweight title shot against Ohio State arrives. Quarterback Michael Penix Jr made a couple mistakes against the Spartans in a 24-0 victory that he won’t be able to afford the Buckeyes. Tom Allen is 0-4 against Ohio State, and the Buckeyes have won those games by an average of 28.2 points per game.

The Hurricanes were underdogs at Virginia Tech, and they trailed by 11 points in the third quarter. Miami rallied, however, and D’Eriq King’s 36-yard touchdown pass to Mark Pope led to a breakthrough victory on the road. Miami remains alive in the ACC championship hunt, and they have just two games left on the schedule against Georgia Tech and Wake Forest. A New Year’s Day 6 berth would be a huge building block for second-year coach Manny Diaz.