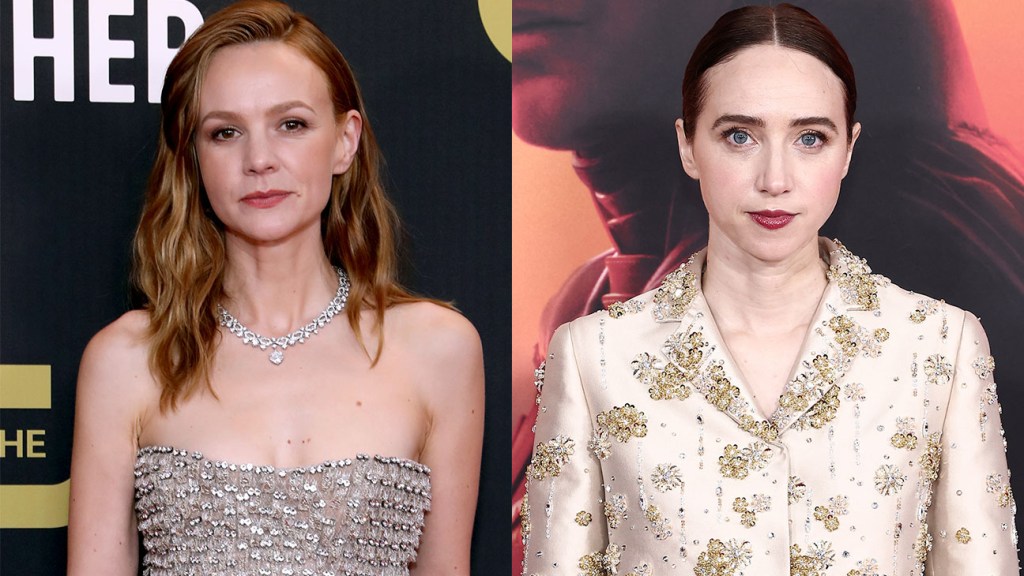 Universal unveiled a first look at She Said, the upcoming drama based on the true story of Pulitzer Prize-winning The New York Times journalists Jodi Kantor and Megan Twohey as they investigated sexual misconduct claims against Harvey Weinstein, Wednesday during CinemaCon.

Slated to open Nov. 18, the film is based on the 2019 book She Said: Breaking the Sexual Harassment Story That Helped Ignite a Movement by Kantor (played by Zoe Kazan in the film0 and Twohey (played by Carey Mulligan).

“It caused a domino effect [hastening] the #MeToo movement for lasting change,” said Mulligan of the journalists’ work, speaking on stage at CinemaCon. “It was an honor to portray these woman.”

Kazan noted that the journalists urged their sources to share their stories because “they couldn’t change the past, but they could change the future.”

The clip shows the pair meeting with sources and the pressures of working around obstacles to telling the truth.

Castmembers include Patricia Clarkson and Samantha Morton. The  female-fronted movie is directed by Maria Schrader (Unorthodox) and written by Rebecca Lenkiewicz (Ida), with Natasha Braier (Honey Boy) as director of photography.

CinemaCon runs through Thursday at Caesar’s Palace in Las Vegas.