‘Chicharito’ didn’t deliver for Galaxy in 2020, ready to focus on next season 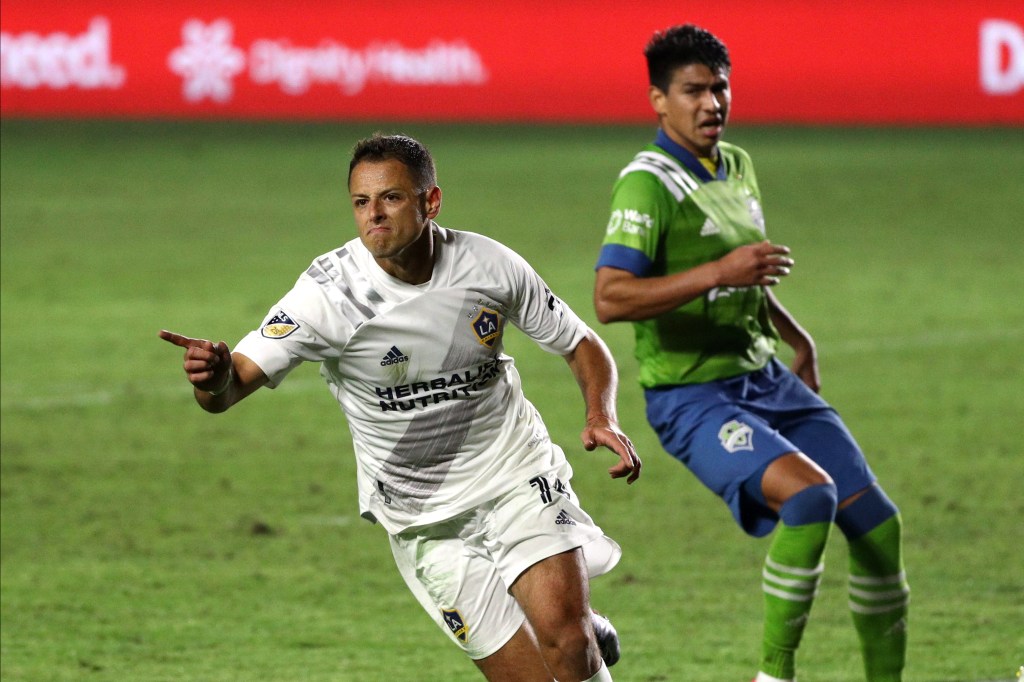 Javier “Chicharito” Hernandez’s first season with the Galaxy was hailed as a must-see event.

Mexico’s all-time leading goal scorer finally landed in the U.S. to join the Galaxy, a team looking to quickly replace the goal-scoring prowess and star power of Swedish striker Zlatan Ibrahimovic, who returned to Europe after two seasons in L.A.

“Scoring over 50 goals in 100-plus games for the Mexican national team, with him being on (Real) Madrid, Manchester United, he’s achieved a lot,” Galaxy general manager Dennis te Kloese said of Hernandez back in January. “He’s a world-recognized player and he’s a guy that if you want to play offensive football, he is a dangerous guy.”

What has transpired has been anything but memorable and Hernandez is the first to acknowledge it.

“Yeah, I had a pretty bad season,” Hernandez said following Wednesday’s 1-1 draw against Seattle. “I even told (former coach) Guillermo (Barros Schelotto) before he left that I was sorry with him because I couldn’t give him my best.”

Hernandez scored just his second goal of the season in Wednesday’s match.

Heading into Sunday’s regular-season finale against the Vancouver Whitecaps (3:30 p.m., Spectrum SportsNet), Hernandez has played in 11 MLS games for 713 minutes.

“Like I said it in my social media, I want to take this opportunity as well and say sorry to all my fans and sorry to all the Galaxy fans and I say sorry to this lovely and the best institution of this country, that this was a bad season for me,” he said. “I didn’t give them my best, but I wanted to show at least in these last games that that’s what I can give, and I want that. I want to give that, because you deserve better, I deserve better, everyone deserves better in this club.”

“I even joked with my teammates and with everyone that I’m sorry, but I am back. I finally arrived. It was very late, but I arrived. … I had two injuries in a period of four months and I haven’t had those kinds of injuries in my whole career. I’m not that player that’s known to have injuries. And it was probably too late for this season, yes, and I’m sorry and I take responsibility on my side and taking that responsibility I know that I want to give everything next season.”

Hernandez had his participation in the MLS is Back tournament in July cut short after suffering a serious calf injury in the opening game, July 13. He eventually returned Sept. 13 and then he missed three games, from Oct. 25 to Nov. 1 with a hamstring injury.

“He’s a frustrated guy right now,” Galaxy interim coach Dominic Kinnear said. “He probably felt a lot of weight off his shoulders when that ball hit the net. I think the one thing we’re all disappointed in was the way the season went for him and I think, hopefully, with this goal (Wednesday) and hopefully a couple more chances (Sunday), it leads into something great for 2021.”