Charlotte Lawrence on working with Ben Gibbard, acting and more 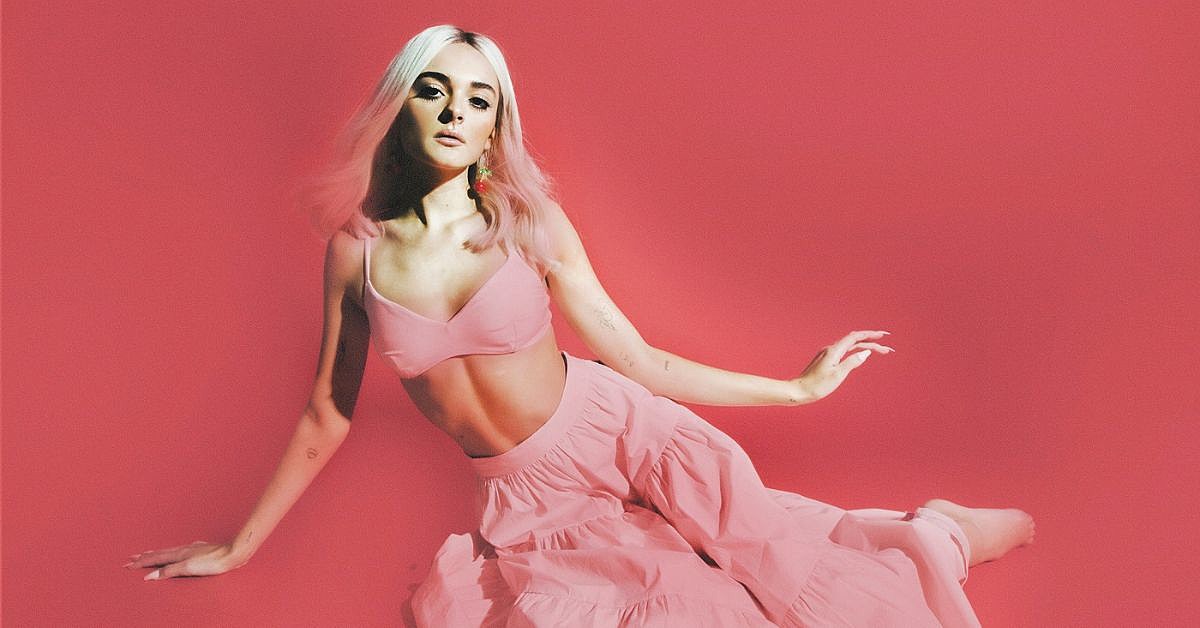 Early on in the pandemic, Charlotte Lawrence was sitting in her Los Angeles home, listening to music, when she had a revelation. Instead of continuing to make the sort of radio-friendly, pop-centric songs she’d earned a reputation for over the previous few years, her next tracks would be different. Deeper. More her.

“I was like, ‘This is the music I love, so why do I not use those influences and write songs that i would want to listen to on my own?’’” Lawrence says recalls on a recent Zoom call from that LA home. When you’re young and new to the industry, she continues, “it’s easy to get into a trap of, ‘What would other people like, what would my label like, what would my fans like, what would get me the most success right away?’”

Read more: Ithaca are pushing conversations around fatness and feminism to the forefront of metal

But after that day in quarantine, she says, “I started really only making the music that I wanted to make, and I stopped thinking about pleasing the masses or doing anything for anyone else. I took my fucking time, wrote a bajillion songs and really found my sound.”

That new sound can be heard in “Morning,” the first single from Lawrence’s upcoming debut album. A haunting, melancholic track about coping with infidelity, the song and its accompanying music video dropped Sept. 23 and marked the musician’s first new song in a year-and-a-half. Releasing “Morning” after such a long break, Lawrence says, was “nerve-wracking,” especially considering how different the tune is from previous pop-rock-driven singles like “Talk You Down” or the Birds of Prey soundtrack cut “Joke’s on You.” But the worry that her fans wouldn’t take to the new direction was overshadowed by her relief of getting such a “real and raw” song off her chest and into the world.

“A huge curse in my personal life, which is a huge blessing in my songwriting and my music life, is that I’m not great at facing my emotions head-on,” Lawrence explains. “With ‘Morning,’ it was a situation where I felt the big betrayal and the deep sadness and instead of putting in the work to deal with it, I kind of pushed it down and saved it for the studio.” The song ultimately helped her work through those emotions and find healing.

“Morning” was produced and co-written with Andy Park and Ben Gibbard —both of whom also worked with the musician on the rest of the album — is likely to be released in early 2023. A lifelong fan of Death Cab For Cutie and the Postal Service, Lawrence was thrilled by the chance to collaborate with Gibbard, calling him “one of the most incredible lyricists I’ve ever seen work in action.”

“He was my hero, and now he’s producing me? That’s fucking crazy,” she laughs. “It feels more than natural, like the easiest thing in the world, to write a bunch of songs with Ben.”

Those as-yet-unreleased songs (including a forthcoming single called “Body Bag”), Lawrence says, range from ballads to mid-tempo tracks to alternative and rock bangers. “It doesn’t feel like I can label a genre on it or put it in a template,” she says. The only commonality, she adds, is a penchant for “very personal lyrics and a little sad-girl vibe.”

Having grown up on artists like Stevie Nicks and Joni Mitchell, Lawrence values authenticity in music over all else, she says, and loves nothing more than the idea of listeners connecting to her truth with their own. Already, with “Morning,” she’s “gotten so many amazing messages about how people relate to it with their own stories and experiences, and how it’s helped them.”As much as she loves songwriting, though, Lawrence has recently opted to branch out into another art form, taking on a recurring role in the upcoming Apple TV+ drama Bad Monkey. Created by her father, the producer and director Bill Lawrence (Scrubs, Ted Lasso), the show will mark Lawrence’s first foray into acting. To earn the role, Lawrence worked closely with an acting coach and “studied the script back and forth” before submitting her auditions, purposely leaving her name off the tapes so the casting director wouldn’t realize she was the showrunner’s daughter. She landed in the top five, surprising her dad, who had no idea she’d even auditioned. Impressed by her performance, though, he cast her as Caitlin, a model and recovering addict.

Still, Lawrence is fully aware of her privilege in gaining the role. “If my dad wasn’t my dad, there is the highest chance in the world that I would’ve never gotten this job, and I know that,” she says. “But because of that, it made me want to work even harder and prove to myself that I could do this and deserve to do this even though I have a very big advantage.”

After filming the first season, Lawrence says she’s intent on pursuing more acting jobs—with or without her family’s help. “I didn’t know how much I would’ve loved acting, but I loved it,” she says.

Her main priority right now, though, is seeing her album to the finish line. Taking such a long hiatus from music was needed, she says, to “find my sound and find my stride,” but now that she’s confident in her new direction, she’s intent on picking up the pace. “I want to keep releasing music, to never stop, to not ever have a break like that again,” she notes.

Hopefully listeners enjoy the new songs, but even if they don’t, that won’t stop Lawrence from moving forward. “You never know if a song will take off or if it will be a fart in the wind,” she says, laughing. “The only thing that really matters, I believe, is loving the song yourself and being proud of it and happy with it.”

“Whatever happens,” she adds, “I’m just gonna keep putting myself out there and keep releasing music and keep going for it.” No matter what any fan or label has to say.