Catching up with New Zealand indie poppers the Beths 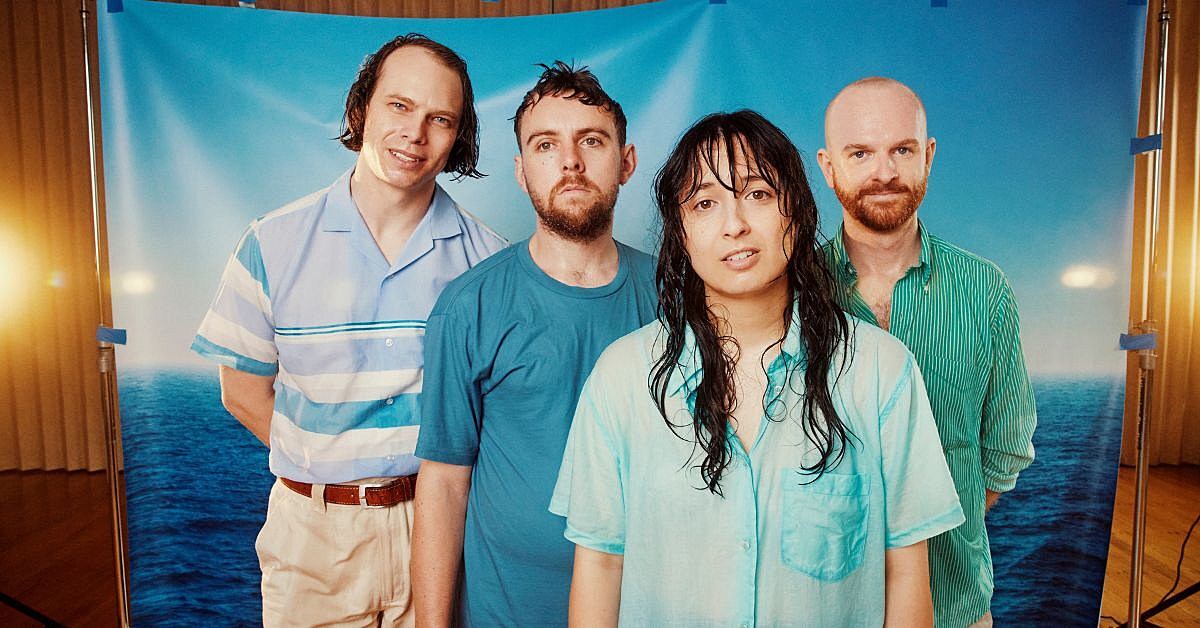 Expert in a Dying Field, the Beths’ brilliant third LP, is a breakup album, a collection of songs destined to make you reminisce on what fades away as a relationship ends: inside jokes, shared Netflix queues, mutual acquaintances you’ll probably never talk to again. Singer-guitarist Liz Stokes weaves her melodies and metaphors like an old soul and a trusted confidant. “It feels like a time capsule for a particular time of your life,” Stokes says, “when people can listen to your album and let it become part of their lives.” Expert is a record that thrives off intimacy. Debuting atop New Zealand’s Top 40 Albums Chart wasn’t exactly the mission statement. Alas, the Beths contain multitudes.

“We knew we were doing decent presale numbers… we were aware we had a chance,” guitarist-backing vocalist Jonathan Pearce says, frequently on phone duty with the band’s distributor leading up to Expert’s Sept. 16 release. That’s the same day BLACKPINK unleashed their studio album Born Pink, poised to hit No. 1 in South Korea, the United States, the U.K. You get the picture. “New Zealand is a small country, but K-pop is still big here,” Stokes says. Heading into release week, BLACKPINK were expected to rake in streaming numbers, in competition with the Beths’ sneaky-good vinyl and CD sales (physical sales are weighted considerably higher on New Zealand’s chart). “We were on tour, in [New Zealand’s] Wellington Airport,” Pearce recalls. “Just before the charts release, the numbers go out to industry people, including one of our managers who was traveling with us. He sent us the pre-release document that said we were No. 1.” Stokes jumps in: “It’s a weird competition… On a chart, they were like, “Yes! These [two artists] are the same kind of thing!”

Read more: With Save The Baby, Enumclaw are putting it all on the line

Over an evening Zoom chat from a cozy Auckland living room (morning, their time), Stokes and Pearce aren’t acting like they’ve just rewritten pop history; instead, they’re recounting the moment as if they’d just won bar trivia or bowled a perfect game. “We only managed one week at No. 1, one week of glory,” Stokes laughs. Taking things in stride has gotten them this far.

The Beths formed in 2014 when Stokes and Pearce, friends since high school, teamed with bassist Benjamin Sinclair and drummer Ivan Luketina-Johnston while studying jazz at the University of Auckland (in 2018, Tristan Deck took over on drums, as well as the band’s four-part vocal harmonies). “There were a lot of really talented people. Everybody’s playing in everybody else’s band,” Stokes recalls from the university days. “I’d gone from playing in a folk band to studying the trumpet and realizing, ‘If I don’t start a rock band — I think I was 23 — I’ll never do it.’”

The indie scene outside New Zealand took notice when the Beths signed to the American indie label Carpark Records (home to bands like Cloud Nothings and Speedy Ortiz) and released their fizzy debut album, Future Me Hates Me, in 2018, followed by 2020’s breezier Jump Rope Gazers. Unlike most artists during the first year of the pandemic, the Beths were lucky enough to safely tour (domestically) behind their 2020 LP, thanks to New Zealand’s strict and well-obeyed COVID-19 restrictions over the first half of the year. “By July of 2020, there was no COVID in the country, and we played a show to a thousand people, which sold out in a few days,” Stokes remembers. “It felt very foreign and very strange. Then we did an 11-show national tour, which we would normally never do because that’s a big tour for a small country with some really small cities at that point. Playing those shows was weirdly bittersweet because we were like, ‘This won’t last forever.’”

It didn’t, of course, and COVID’s resurgence eventually locked down New Zealand again by the end of summer 2021. It prevented the Beths from touring the States behind their sophomore album until early 2022, when they were almost ready to tour behind their third. When they finally got the chance to hit America this past summer, their fans were politely waiting. Very politely, as Beths fans have come to be known.

“We’ve literally had conversations with cleaners about how few bottles are left on the floor by the end of the night,” Pearce says, straight-faced. The Beths don’t really get hecklers; dead air in between songs is often filled with the band asking for some local fun facts (at a gig in Maine, a fan shouted out how the state’s coastline is longer than California’s). Pearce describes their crowd as “dads and daughters”; Stokes interjects to say that’s a bit reductive — which, sure, it is — but you don’t top your homeland’s charts without some real multi-generational appeal. Pearce explains: “It’s common for there to be a very enthusiastic young person who really wants to get a photo taken, and then sheepish parents standing at the side, who are actually keen to chat you as well.” Recently, Pearce says he was mobbed by an entire family who “started throwing ‘80s post-punk record titles at me, expecting me to react.” The occupational hazards of a band with influences ranging from the Cure to Alvvays…

“We still consider ourselves quite indie and underground in New Zealand, even though we’ve got a No. 1 record,” Pearce says, before imparting a little of his country’s musical and social history. “There’s a slightly acrimonious relationship between mainstream and alternative music. These dividing lines used to really revolve around sport. Over 20 years back, if you were into rugby, you weren’t listening to long-hair guitar-playing musicians. You were listening to proper commercial stuff. By the mid-to-late 2000s, a lot more diverse voices started to be heard, and I think people checked the reasons for their tastes. There were really well-spoken, and outspoken women, on commercial radio.”

As the Beths reach a larger audience, they’re becoming part of that ongoing story, within New Zealand and beyond. Across Expert In a Dying Field, Stokes taps into feelings even more universal: her knack for squeezing big emotions into little moments, for capturing the cycles of breakups and rebirths. Heading into the title track’s sublime chorus, she sings of Auckland:

“The city is painted with memory/The water will never run clear/Birds and the bees and the flowers and trees/They know that we’ve both been here/And I can flee the country for the worst of the year/But I’ll come back to it.”

The pieces might be different, but when she returns, they’ll fit together, somehow.

2022-10-21
Previous Post: Review: Midnights is Taylor Swift’s darkest work to date
Next Post: Taylor Swift, the Used and Pinkshift are our tracks of the week