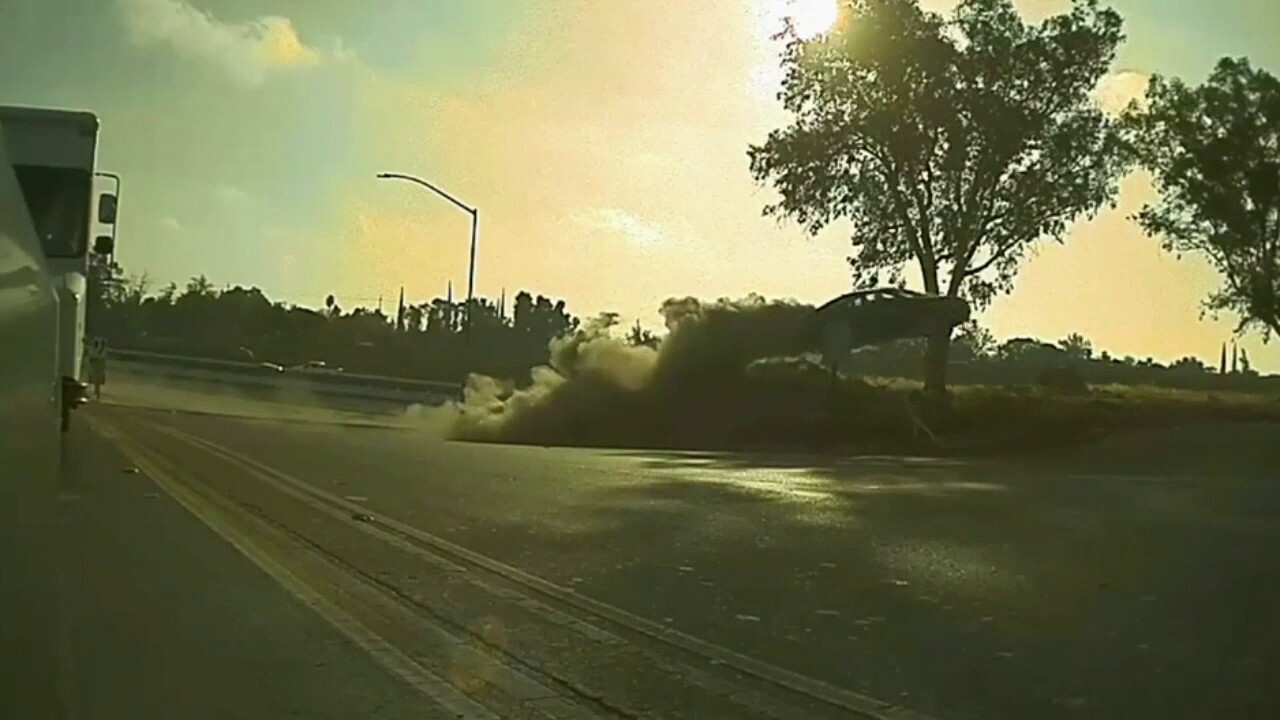 An “inattentive” driver who veered off the highway last Saturday in Modesto, California – and shot in the air — was caught in dramatic footage by CHP Modesto, according to reports.

CHP Modesto documented the incident on Facebook Sunday with a sense of wit and play: “3-2-1…YEEEEEE-HAWWWWWWW!!! Yesterday afternoon, the driver of this sedan was inattentive while traveling northbound SR-99, at Kansas Avenue. The sedan left the roadway and launched several feet into the air. Luckily, the driver only sustained minor injuries. Remember, hands on the steering wheel and mind on the road.”

Frank Miles is a reporter and editor covering geopolitics, military, crime, technology and sports for FoxNews.com. His email is [email protected]