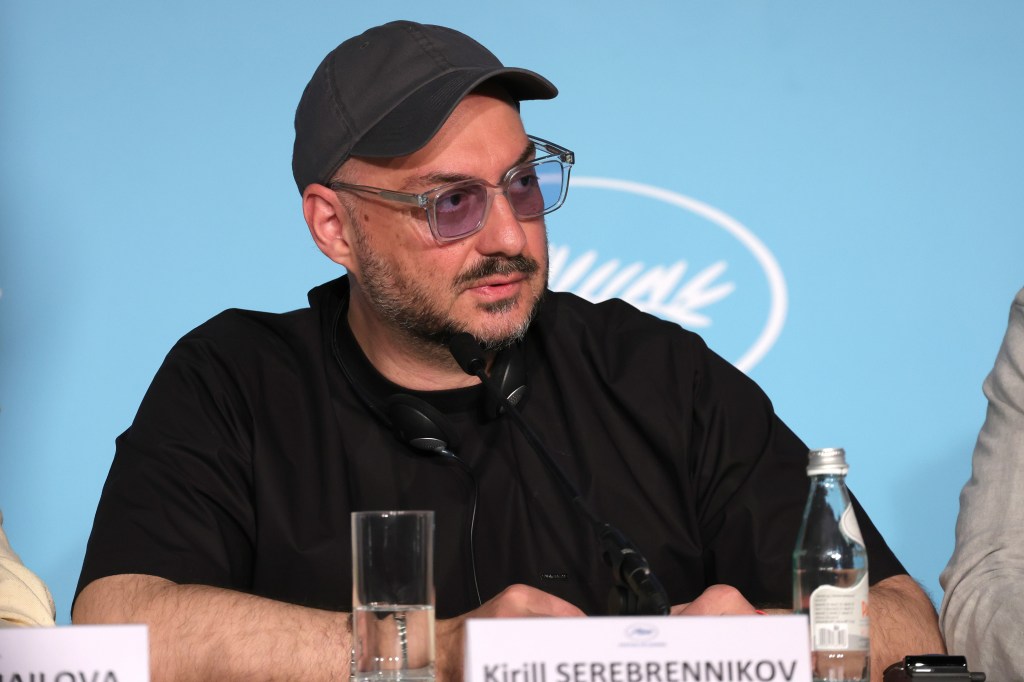 “We have to lift the sanctions against Abramovich,” said the director during the Cannes press conference for Tchaikovsky’s Wife. Kinoprime was also behind Serebrennikov’s previous film Petrov’s Flu.

During the press conference, Serebrennikov pointed out that Abramovich has been a longtime patron of Russian art house cinema. “He has helped modern art and has for a long time now,” he said, adding that his patronage has always been appreciated. “These are not propaganda films, quite the contrary.”

Serebrennikov noted that Ukrainian President Volodymyr Zelenskyy told U.S. President Joe Biden not to sanction Abramovich, because the oligarch would be beneficial to Russia-Ukraine peace talks.

“I am sure they are not coming from a patriotic point of view. It’s just a loss of the comforts of life that they are used to,” said Zelensky of oligarchs willing to help with peace talks, when asked by a group of journalists about a Wall Street Journal report, according to Business Insider.

In March, Abramovich announced he would sell English soccer team Chelsea FC and instructed the organization to set up a foundation that will use all net proceeds from the sale of Chelsea to “benefit all victims of the war in Ukraine.” Britain and others introduced sanctions against him.

Serebrennikov, himself, was hit with a travel ban by the Russian government in 2020 after 2017 arrest over a case of embezzlement. The director was granted permission to leave the country and has since relocated to Berlin and has long spoken out against Russia’s invasion of Ukraine.

In April, the Ukrainian State Film Agency called for the Cannes Film Festival to boycott any Russian films, including Tchaikovsky’s Wife. As for widespread calls for boycotts of Russian films and filmmakers, Serebrennikov says he understands why people are calling for the boycotts but he does not agree with blanket boycotts.

“I believe that we should avoid boycotting the language,” said the filmmaker, who said people should not be derived of any “music, theater, or cinema.”  He added: “Boycotting Russian culture strike me as unbearable because Russian culture has always prompted human values.”

Tchaikovsky’s Wife, which premiered in Cannes on Wednesday, follows the relationship between the iconic Russian composer Pyotr Tchaikovsky and his wife, Antonina Miliukova.

2022-05-19
Previous Post: Carmen Electra joins OnlyFans to ‘be in control’ of her image: ‘It was like a no-brainer’
Next Post: Sylvester Stallone films ‘Tulsa King’ Paramount series in New York