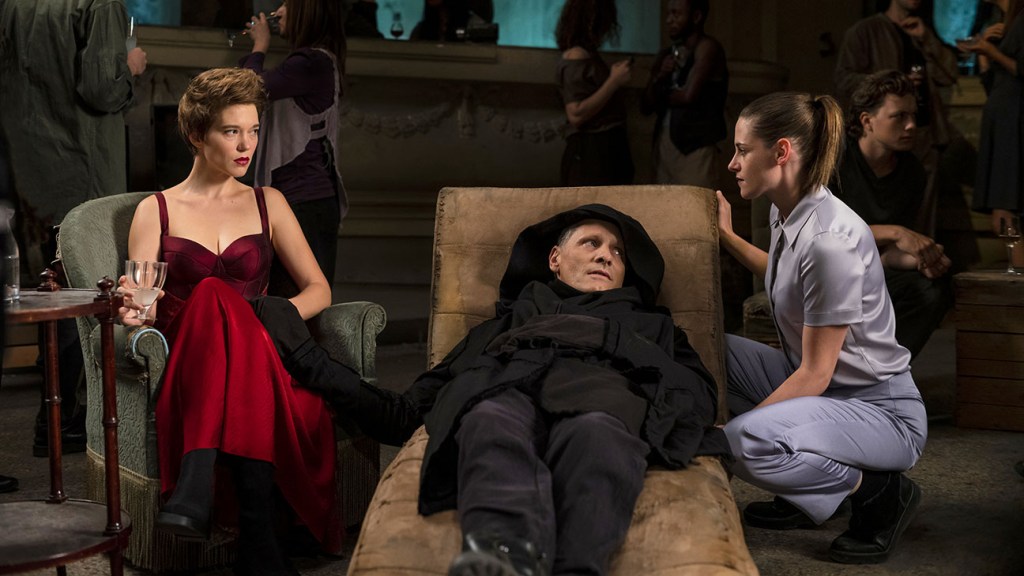 David Cronenberg and the stars of his latest movie, Crimes of the Future, got to bask in the glory of an extended Cannes Film Festival standing ovation.

The director and members of the cast, which includes Viggo Mortensen, Léa Seydoux and Kristen Stewart, were showered in 6 minutes of applause after the film screened at the Palais late Monday evening.

“I’m speechless, really,” said the director, when he was handed the microphone in the middle of the applause. “I’m very touched by your response. I hope you are not kidding; I hope you mean it. I will be texting you all to see that you mean it.”

While it did appear that several people left the Palais during the movie — which features extended gory sequences, bloody organs, and the onscreen autopsy of a child — the lion’s share of the audience stayed to praise the director.

Neon dropped the first teaser trailer for the drama last month, and it was jam-packed with the sort of wild body-horror and nightmare imagery fans of the Canadian director of The Fly, Eastern Promises and Dead Ringers have come to expect. The movie is set in a near-future where humans are undergoing a series of transformations and mutations to adapt to the world’s new synthetic environment.

Along with 20 other films in the festival’s competition, Cronenberg’s latest is vying for the Palme d’Or at this year’s 75th edition of Cannes.