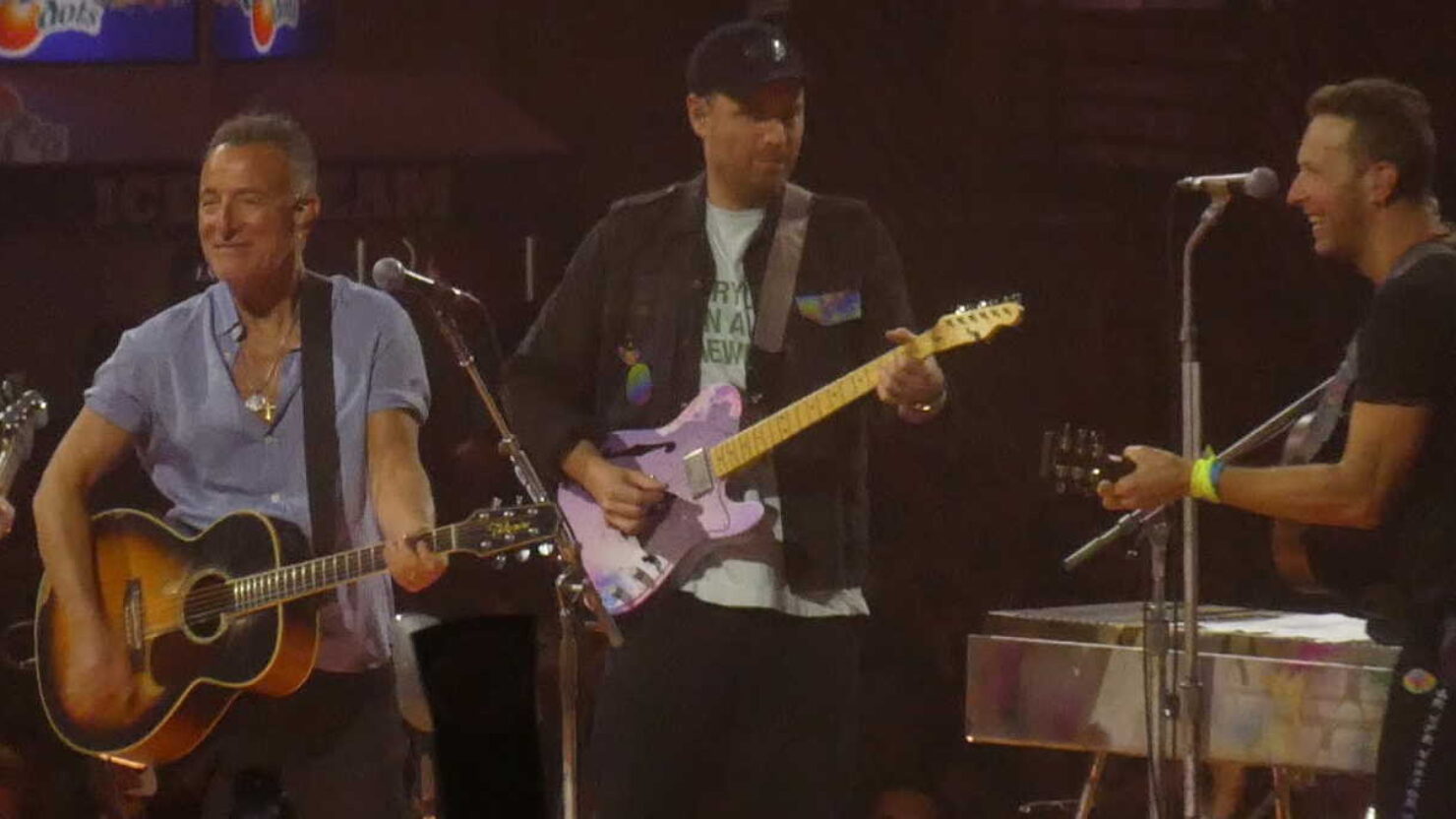 Does it get any more Jersey than this? Last night at Coldplay‘s Music of the Spheres show at MetLife Stadium, Chris Martin and company brought up New Jersey’s favorite son, Bruce Springsteen, to cover a pair of his songs. And those songs? “Working on a Dream” and “Dancing in the Dark.”

“Chris [Martin] said he had this song tattooed on his arm for a while, so I guess I’ve got to sing it with him,” the Boss told the crowd. So that they did.

Springsteen’s 2009 song was performed acoustically on the circular stage in the middle of the stadium. As for “Dancing in the Dark,” the Boss handled vocals and acoustic guitar while Coldplay singer Chris Martin helped out on vocals while performing on piano.

On Saturday night at the same stadium, Coldplay brought up Kylie Minogue. Together, they performed Minogue’s “Can’t Get You Out of My Head.”

Coldplay’s tour continues with three more American shows in Philadelphia, Atlanta, and Tampa. This summer, they’ll head back across the pond for shows in the UK and Europe.

As for Springsteen, he announced his first tour dates in six years with the E Street Band. So far, only the European dates have been confirmed, with North American ones set to be announced soon.