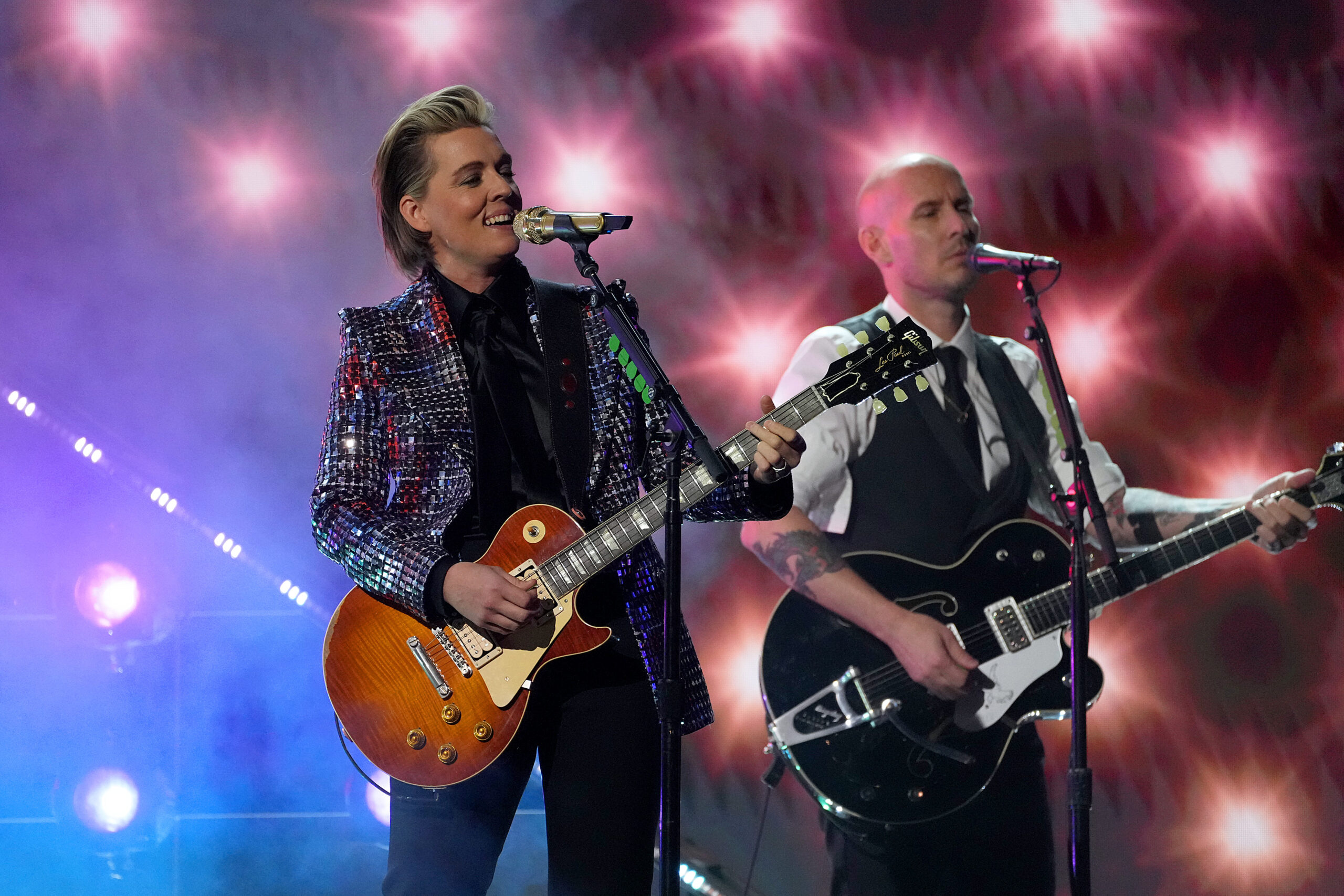 Brandi Carlile dazzled the Grammy audience with her performance of her Grammy-nominated “Right on Time.”

Fitted in a glitter suit that could’ve once been Elton John’s, Carlile provided her deep Americana drawl while playing rhythm guitar. Bonnie Raitt and Joni Mitchell introduced Carlile, and along with her suit, Carlile had the power of ’70s rock and Americana fueling her raw performance. As her vocals drove the performance, Carlile nailed the final high note of the track, marking the performance as one of the best of “Right on Time.”

Brandi Carlile’s voice has got me in my feelings!
Whew🔥#GRAMMYs pic.twitter.com/AOMz5Y6iek

The country star made her Saturday Night Live debut last October and was the subject of our September 2020 cover. You can read that here.