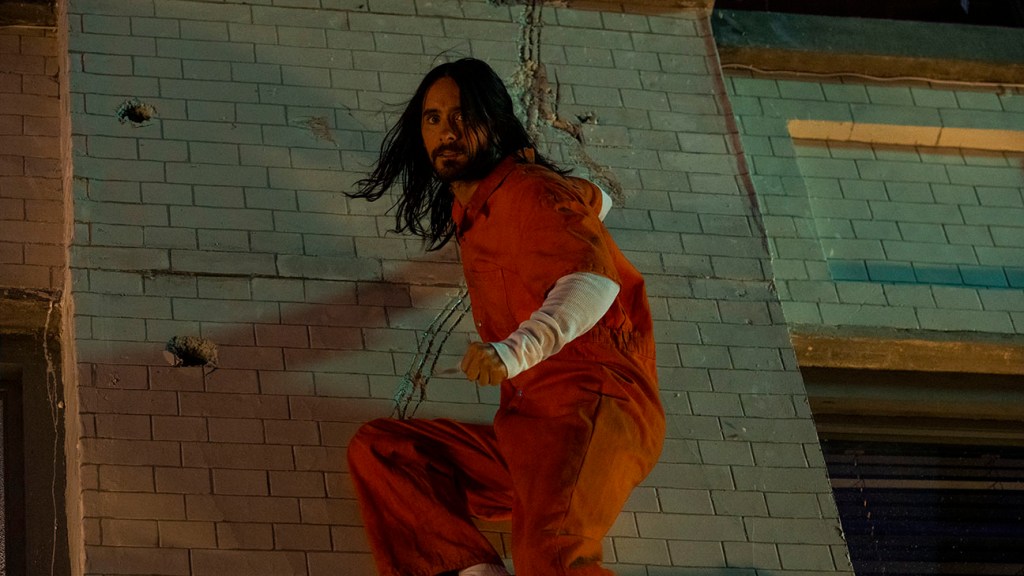 Jared Leto’s new movie Morbius bit off $39.1 million from 4,268 theaters in its domestic box office debut, in line with expectations after withering reviews. Globally, it took in $84 million.

The movie is Sony’s latest attempt to mine the comic book characters it controls as part of Marvel‘s Spider-Man universe following the smash success of its Spider-Man and Venom movies. However, insiders stress that Morbius isn’t a traditional superhero offering, but more of a dark, genre thriller revolving around a vampire. (This messaging isn’t a surprise, considering Morbius‘ modest opening.)

Director Daniel Espinosa‘s film sees Leto juggle time as the brilliant Dr. Michael Morbius — who has spent his life searching for a cure for the rare fatal blood disease that affects him — and as the blood-sucking monster he becomes, which fills his soul with horror.

Morbius cost a reported $75 million to make before marketing, far less than a marquee superhero offering such as Spider-Man: No Way Home, and also less than Venom. Males fueled the film (60 percent), while nearly two-thirds of ticket buyers were between ages 18-34.

Morbius holds just a 17 percent rating on Rotten Tomatoes from critics. Audiences are also mixed, giving it a C+ CinemaScore, while exit scores on PostTrak are likewise mediocre. The audience score on Rotten Tomatoes is 67 percent.

Morbius had no trouble winning the weekend, both domestically and internationally, where it took in $44.9 million from 62 markets for the worldwide tally of $84 million. So far, there’s no talk of a sequel.

Paramount’s The Lost City, starring Sandra Bullock and Channing Tatum, came in No. 2 domestically in its sophomore outing with $14.8 million for a North American tally of $54.6 million. It has only rolled out in 17 markets so far overseas for an early foreign total of $7 million and $61.6 million worldwide.

The big player for Paramount overseas was Sonic the Hedgehog 2, which is rolling out in select markets ahead of its April 8 domestic launch. Sonic 2 opened to to $25.5 million from 31 markets.

Warner Bros.’ The Batman sailed past the $700 million mark globally, earning another $10.8 million domestically to place third and $13.4 million overseas for a worldwide total of $710.5 million. Sometime on Monday or Tuesday, the superhero pic will cross $350 million in North America.

At the specialty box office, A24’s Everything Everywhere All at Once cracked the top 10, earning $1 million from 38 locations for an impressive per location average of $26,631.

New specialty offerings included Focus Features’ You Won’t Be Alone. The film, from Goran Stolevski in his feature directorial debut, earned $125,000 from 147 theaters. On Sunday, Focus announced it has picked up the Australian filmmaker’s second feature, Of An Age.