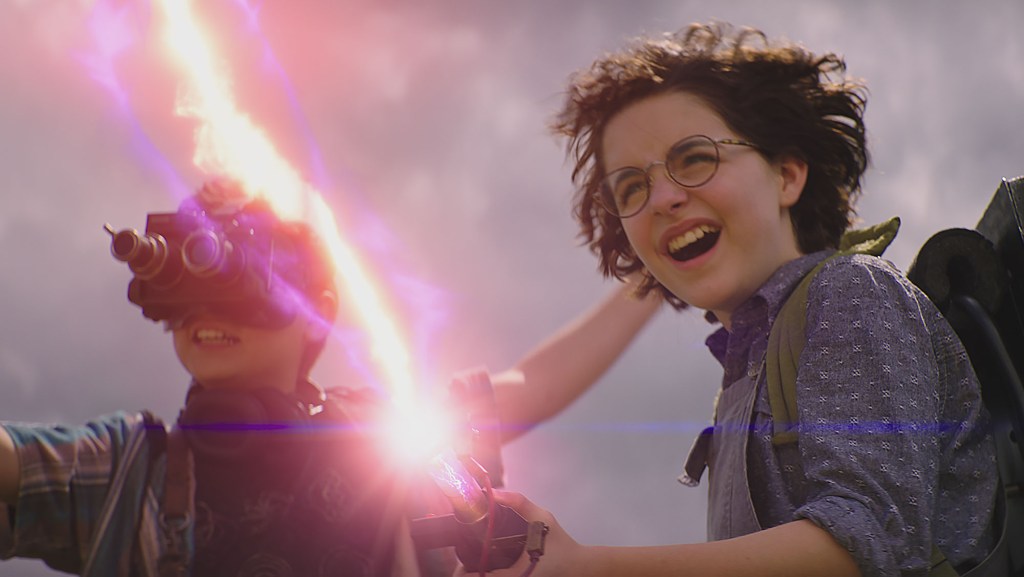 Ghostbusters: Afterlife has restored the luster to Sony’s supernatural franchise.

The holiday tentpole easily topped the weekend chart with a better-than-expected $44 million from 4,315 theaters at the North American box office after succeeding in luring both families and males, the most avid moviegoers in the pandemic era.

Ghostbusters: Afterlife‘s performance is a big win for Sony, which was haunted by its failure to revive the franchise with the 2016 female-skewing Ghostbusters. The studio is counting on big business throughout Thanksgiving week and next weekend.

Overseas, Afterlife started off with $16 million from 31 markets for a worldwide launch of $60 million.

The new film is directed by Jason Reitman and is a sequel to the iconic 1984 movie Ghostbusters, which was directed by his dad, Ivan Reitman.

On Saturday, over 33 percent of the audience saw the movie before 4 p.m., indicating a strong turnout among and parents and their kids (children over 5-years-old can now be vaccinated), according to analytics firm EntTelligence.

And, according to PostTrak, nearly 50 percent of the audience was between the ages of 25 and 44, while 57 percent of ticket buyers were male.

Ghostbusters: Afterlife stars Carrie Coon, Finn Wolfhard, Mckenna Grace, Annie Potts and Paul Rudd, and follows what happens when a single mom and her two kids arrive in a small town and begin to discover their connection to the original ghostbusters and the secret legacy their grandfather left behind. The film earned an A- CinemaScore from audiences.

The weekend’s other new offerings included the acclaimed biopic King Richard, starring Will Smith as Richard Williams, the father of tennis icons Serena and Venus Williams.

King Richard opened in fourth place with a decidedly disappointing $5.7 million from 3,302 theaters, underscoring the ongoing difficulty adult dramas face when opening nationwide in the pandemic era, and particularly those dramas opening day-and-date in the home (King Richard is available on HBO Max). Heading into the weekend, Warner Bros. was hoping for $7 million to $10 million.

Warners is counting on an A CinemaScore and strong reviews to propel the film throughout the year-end holidays and awards season. The movie is expected to be a strong Oscar contender, with Smith considered a front-runner in the best actor race. “It’s an extraordinary movie with extraordinary critical and audience reactions. It has to be about the play over the next few months,” says Warners domestic distribution president Jeff Goldstein, noting that Oscar winner Green Book opened to $7.5 million over the five-day Thanksgiving holiday weekend in 2019, including $5.5 million for the three-day weekend.

King Richard played to an ethnically diverse audience, with Black viewers making up 28 percent of ticket buyers and Caucasians, 51 percent, according to PostTrak. More than 40 percent of the audience was over the age of 45. Overseas, it opened in the U.K., Russia and 28 smaller markets, grossing $2.5 million for $8.2 million globally.

Neon and Participant’s COVID-19 documentary The First Wave opened in 11 locations, grossing $68,115 for a per theater location average of $6,192.

Among holdovers, Disney and Marvel’s Eternals came in at No. 2 in its third weekend with $10.8 million for a domestic total of $135.8 million. Overseas, it cleared the $200 million mark after earning another $22.7 million internationally for a worldwide total of $336.1 million.

Paramount’s Clifford the Big Red Dog — which is also playing on Paramount+ — came in at No. 3 with $8.1 million in its second outing for a domestic total of $33.5 million. The kids pic fell 51 percent. (Both Clifford and King Richard lost families to Afterlife.)

Legendary and Warners’ Dune rounded out the top five domestically with $3.1 million in its fifth weekend for a domestic tally of $98.2 million.