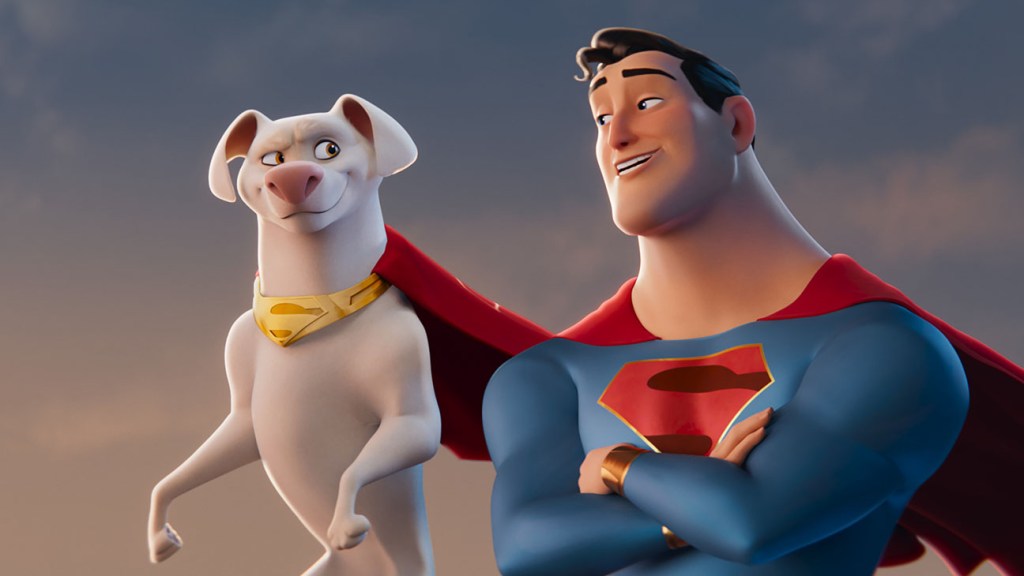 New family movie DC League of Super-Pets is opening on the lower end of expectations with an estimated weekend debut in the $23 million range.

The animated superhero pic, which has a voice cast that includes Dwayne Johnson, pulled in an estimated $9.3 million-plus on Friday, including $2.2 million in Thursday previews. Audiences bestowed the movie with an A- CinemaScore.

From Warner Bros. and DC, League of Super-Pets also features the voices of Kevin Hart, Kate McKinnon, John Krasinski and Keanu Reeves, among others, and marks the theatrical directorial debut of Jared Stern.

League of Super-Pets is yet another test for the family box office in the pandemic era and had hoped to clear $25 million or more in its domestic launch. Warners is counting on the movie, which is playing in 4,315 theaters, having strong legs throughout August.

As summer slows down in terms of event pics, Jordan Peele and Universal’s Nope will come in No. 2 for the weekend with an estimated $19 million for a pleasing 10-day domestic tally of $81 million.

Marvel and Disney’s Thor: Love and Thunder will come in third with around $13 million as it crosses the $300 million mark in North America. Universal and Illumination’s Minions: The Rise of Gru will do enough business in its fifth weekend to come in No. 4, with an estimated $11 million or more for a domestic cume north of $320 million.

Top Gun: Maverick continues to impress all the way in its 10th weekend. The Paramount and Skydance tenpole will round out the top five with an estimated $8.5 million for a domestic total of $650.8 million through Sunday, one of the best showings of all time.

Focus Features and Blumhouse’s Vengeance is looking at a tenth place finish with a subdued opening in the $1.6 million to $1.7 million range. The movie is playing in under 1,000 theaters.