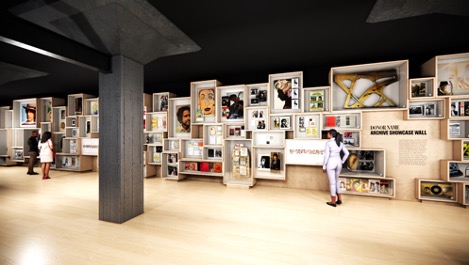 Ahead of the Bob Dylan Center’s grand opening on May 10, the center’s archivists announced their recent acquisition of various early recordings and other vintage Dylan memorabilia. All of the recent findings are to be displayed at the BDC in Tulsa, Oklahoma.

The newly unearthed items will shed light on the formative years of Dylan’s career, including one-of-a-kind tapes, journals, books, and other historical elements.

BDC acquired “the Madison Tapes,” which were recorded in ’60 and ’61 when Dylan was just 19 years old, moving from Minnesota to NYC’s Greenwich Village. Its second reel is “the Madison Party Tape, “a home recording of Dylan and his friends performing folk songs. “The Bailey Tapes” consist of more than a half-dozen previously unheard open-reel tapes from Dylan’s time in New York in 1962, with two notable compositions of “Oxford Town” and “Don’t Think Twice, It’s All Right.” “The Toni Mendell Tapes” are the first of Dylan performing at Carnegie Chapter Hall in 1961, including seven songs that have never been in circulation. Finally, the Harry Smith Library is a 4,200-piece collection of LPs, books, journals, and pamphlets owned by the renowned music curator.

The primary public venue for Dylan’s archive collection is to announce information on public admission first to its members, and then to the public in early 2022. Memberships are now available.