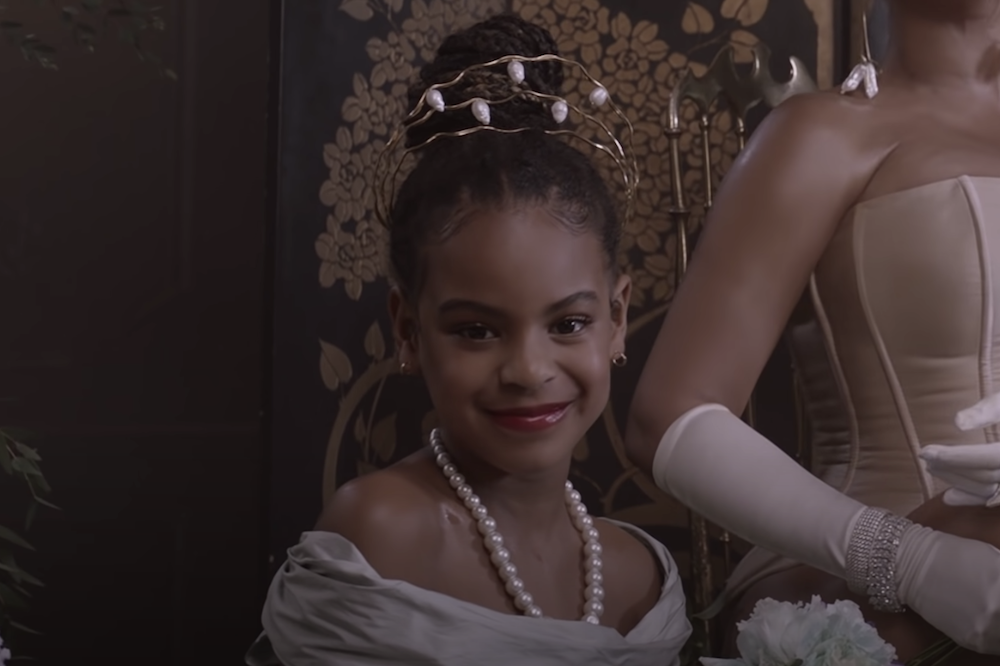 As TMZ reports, Beyoncé and Jay-Z’s eldest daughter was retroactively nominated for her work on her mother’s “Brown Skin Girl” video (aside from appearing in the clip, Blue Ivy also lends vocals to the beginning and end of the track). Sounds like mommy and daddy made a phone call to the Recording Academy.

If “Brown Skin Girl” wins Best Music Video, 9-year-old Blue Ivy (she turns nine on Jan. 12th and the award ceremony airs Jan. 31) will become the second youngest Grammy winner in history. Leah Peasall, who was eight years old when the O Brother, Where Art Thou? soundtrack won Album of the Year in 2002, currently holds the record.

With one golden gramophone in her name, Blue Ivy will be on her way to collecting as many awards as her parents. Beyoncé currently ranks seventh all-time with 24 Grammy wins (and nine more nominations in 2021), and Jay-Z isn’t far behind with 22.

Jay-Z and Beyoncé made our list of the 35 most influential artists of the past 35 years, coming in at No. 24 and 26, respectively. Their joint “On The Run” tour also came in at No. 9 on our 35 Greatest Concerts of the Last 35 Years list.

2020-12-12
Previous Post: Twitter Could Be Looking Into Launching Video Calls Next
Next Post: Vin Diesel to Produce and Star in Ark II Video Game and Animated Series