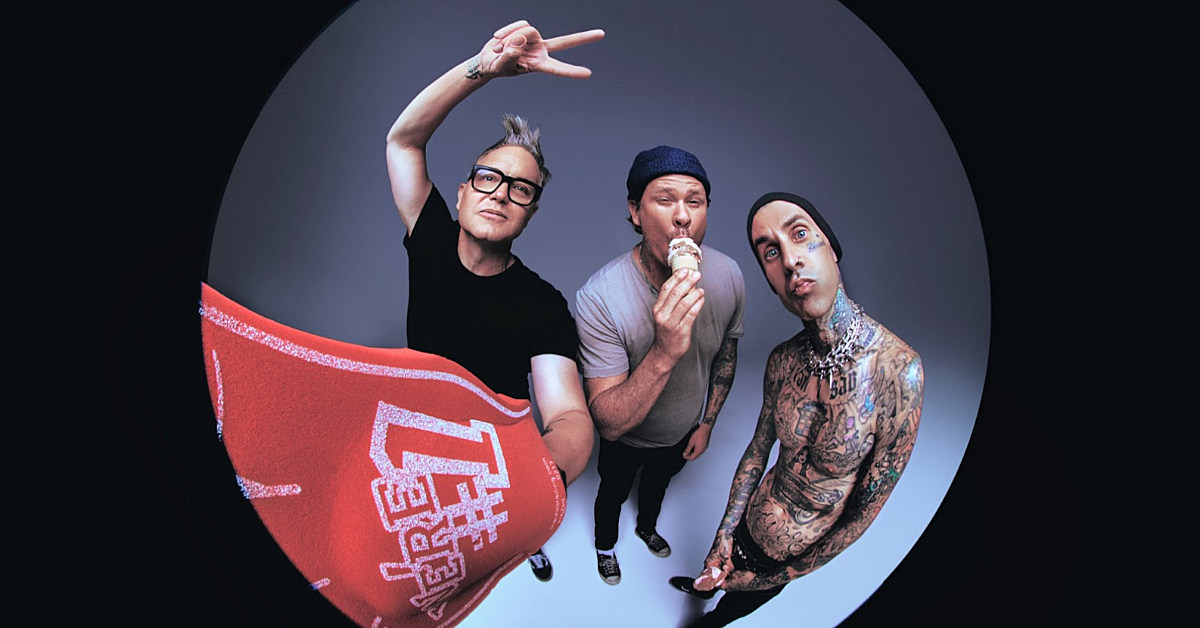 Not only are blink-182 back with new music this Friday, but they’ve returned with their original lineup. Joining Mark Hoppus and Travis Barker once again, vocalist-guitarist Tom DeLonge is featured on the band’s new track “Edging,” out Oct. 14.

The band also revealed that a new album is on the way.

The last record blink made with DeLonge was more than a decade ago with 2011’s Neighborhoods. In 2015, the vocalist-guitarist left the band for the second time — the band initially went on hiatus back in 2005 when DeLonge wanted to pursue other creative projects and take a break from the exhaustion of touring. After DeLonge left blink for the second time, Alkaline Trio’s Matt Skiba joined the pop-punk band.

While nothing had been confirmed, fans have long speculated that the original trio might be reuniting. In September 2021, DeLonge revealed in an interview with Zane Lowe on Apple Music 1 that he had repaired his friendship with Hoppus, also giving the public an update on his bandmate’s cancer battle.

Last November, DeLonge appeared on The Late Late Show With James Corden and commented on the possibility of blink-182 reuniting, saying, “I feel like I’m always talking about some kind of reunion. I mean, we always talk about playing together again. And I think that that’s definitely something we’re all interested in.” He later added that “finding the time to do it, where it lines up with everybody’s priorities, is really all that’s needed. And getting Mark healthy again, getting him strong again. But yeah, I’m down. I think those guys are down. I think just finding the time to do it, and when, is really what we’ve got to figure out.”