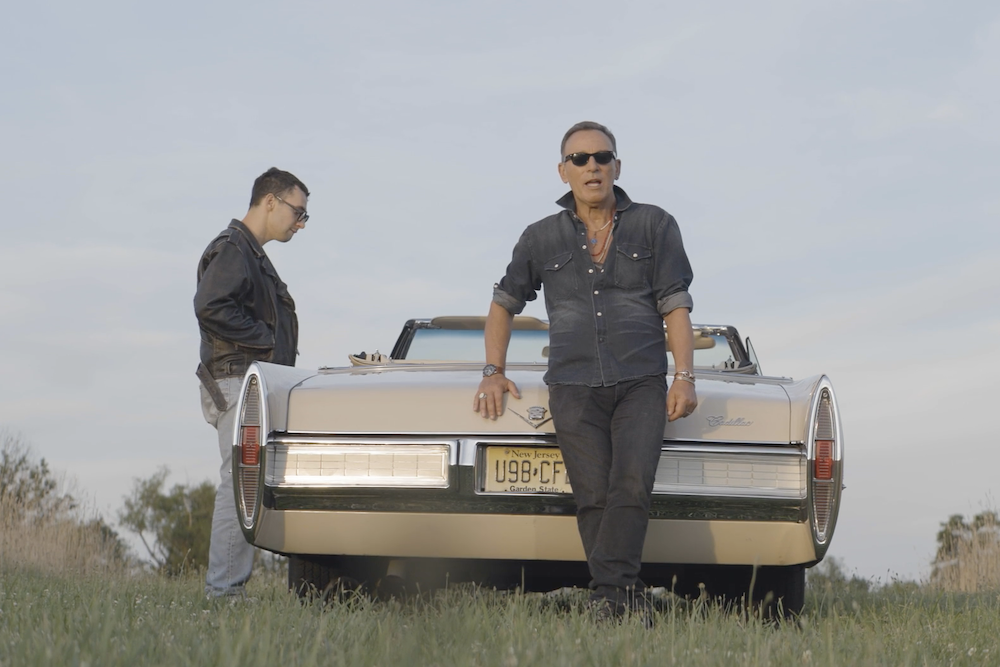 It’s been more than three years since Bleachers released their sophomore album Gone Now, and the band’s ushering in its latest era with style: enlisting none other than Bruce Springsteen on new single “Chinatown” and filming a video with the Boss.

“’chinatown’ starts in NYC and travels to new jersey. that pull back to the place i am from mixed with terror of falling in love again. having to show your cards to someone and the shock when you see them for yourself. thinking you know yourself and where you are from…. having to see yourself through somebody who you want to stay… i started to write this song with these ideas ringing in my head,” bandleader Jack Antonoff said in a statement. “to further understand who you are pushes you to further understand where you are from and what that looks and sounds like. there are pieces in that that are worth carrying forever and pieces worth letting die.”

In addition to “Chinatown,” Bleachers also released a new song called “45,” which has a similar message. “‘chinatown’ and ’45’ are both the story of this – ‘chinatown’ through someone else, ’45’ through the mirror,” Antonoff continued. “as for bruce, its [sic] the honor of a lifetime to be joined by him. he is the artist who showed me that the sound of the place i am from has value and that there is a spirit here that needs to be taken all over the world.”

Watch the “Chinatown” video and listen to “45” below.