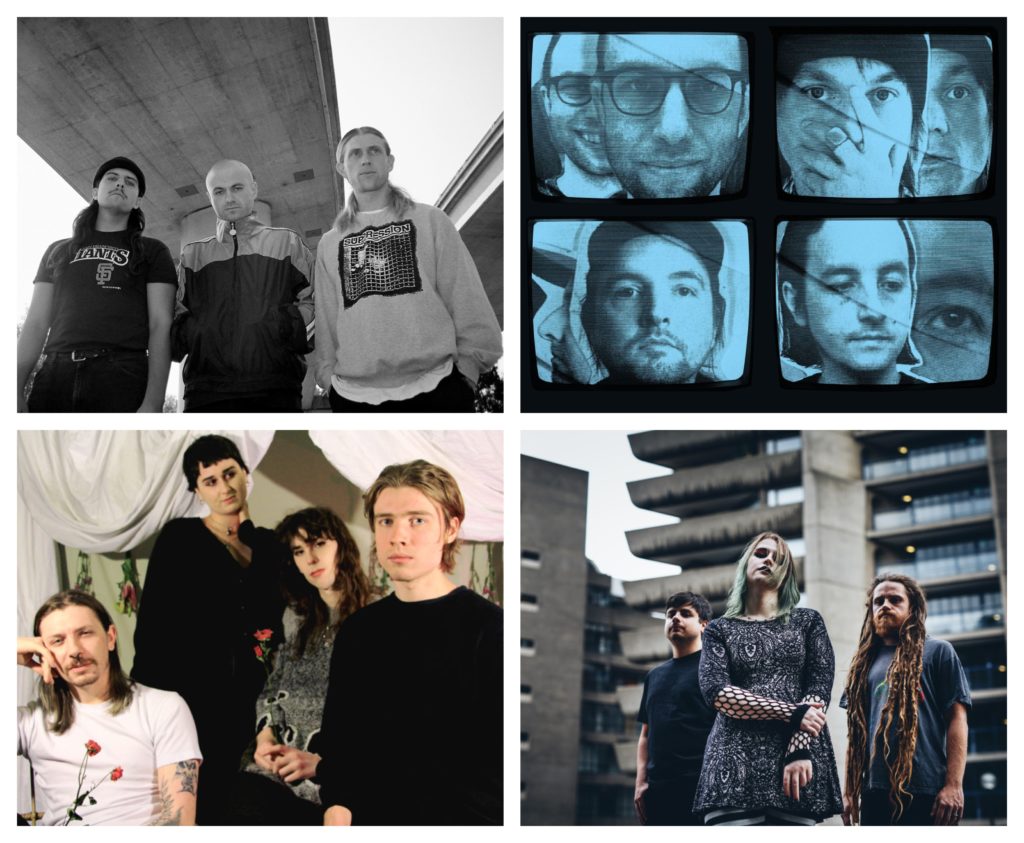 Welcome to Blast Rites, SPIN’s monthly metal column! In this edition, we’ll celebrate the return of one of experimental metal’s most celebrated bands, queer doom from Boston, London’s noisy metalcore sensation, and two new rippers from the Bay Area.

A lot was taken from us in the past year, yet renowned electronic-experimental metal group Genghis Tron got back together. Consider it a wash. With everything as fucked up as it now and Sumac drumming phenom Nick Yacyshyn joining the band, Dream Weapon should sound like layers upon layers of uncontrolled demolitions, right? Weapon is their least metallic, least chaotic, most synth-forward, most uncompromising record. Aggression hasn’t totally seeped out in hibernation — “Pyrocene” mixes rumbling synth bass with Yacyshyn’s punky shuffle, and both the title track and “Great Mother” imagine if later-era Deftones got really into ‘70s Kosmische Musik. They’ve traded their Skynet-doomsday grindcore for big surges combined with meditative electronics, helmed mainly by Michael Sochynsky, who previously split keyboards with ex-vocalist Mookie Singerman. “Alone in the Heart of Light” and “Ritual Circle” send Health’s nervous-but-serene disaffection to lush unknowns, and Death Magic must have been a record they studied heavily in their hiatus. It’s not just how electronics bounce off of Yacyshen’s rolling drums and incoming vocalist Tony Wolski’s gauzy delivery, it’s how it subverts accepted definitions of both heaviness and accessibility. Genghis Tron are still the headfucks they always were on Weapon, it’s just more cerebral and hidden.

Weapon comes out on the 26th. Stream the title track and “Ritual Circle” below.

London trio Pupil Slicer forces metalcore into spazzed-out fringes with their debut record Mirrors. They’re built around guitarist and vocalist Kate Davies, who can ratchet up the intensity and seize it in an equal whiplash. While Mirrors recalls the technical arms race between bands like Converge and Dillinger Escape Plan in the early 2000s, its power and modern soul lie in its glitches and contradictions. “Wounds Upon My Skin” treads in pumping beatdown hardcore and haunting, bassy refrains just as well as it does fretboard skittishness; “Save the Dream, Kill Your Friends” doesn’t let a dip into broken up signal interference squander its momentum. “Husk” begins with a thrashy jaunt before throwing itself into breakdowns and breakdown-prone slip-n-slide. Mirrors’ sequencing is just as vertigo-inducing as Davies’ playing, switching back and forth between more drawn-out compositions — where you might be able to get a handle — and much shorter, much more caustic songs where Davies packs in as many dizzying creaks and squeaks as possible. You don’t listen to this stuff to get let off easy, anyhow.

World Peace is the greatest name for an extreme music act ever. Humorous by contradiction on the surface, it’s also aspirational, divine serenity and complete realization through total annihilation. Thankfully, this Oakland trio rips beyond their clever moniker, and their latest record Come and See is a transcendental brain scrape at a whopping ten minutes. That’s a full-length by their standards, and that’s all that’s needed to get awakened. World Peace’s twin-bass, no guitar drive is directly taken from their power-violence forebears Man Is the Bastard, yet it also follows in the footsteps of one of the Bay’s greatest terrorizers, Burmese. No leads, only the power of rhythm. See barrages you into enlightenment, basses thrusting and jangling with the intention of ripping the flesh apart and returning it as a stronger whole. Variation is rare — “Atrophied Muscles of Atlas” is a brief respite from blasting brutality, and “brief” and “respite” should be interpreted loosely — and even by that point all the blasting beforehand becomes hypnotic to where no blasting doesn’t feel natural. This is the future World Peace wants, and it sounds better than what we have now.

Boston doom quartet Seed doesn’t quite throw volume around, but meek they are not. Their debut Dun Pageant is built on ominous, dim guitars that unsettles more gradually than a proud roar. “Hole,” three tracks in at this point, is the first utterance of conventional doom loudness, and even then it doesn’t give way. That’s only a taste of how Pageant toys with dynamics. In “Pits,” vocalist and guitarist Lux Lucidi trades their sonorous clean vocals for a bloodcurdling, strained howl, and hurdles Seed towards overwhelming dread. It moves much faster than it seems, and Lucidi’s ending cry of “drown in the blood of your oppressor/of your firstborn son/strangled out the womb/it’ll only leave you if you choose to fucking lose” hangs heavy even after the static fades. “Hanged Man” sounds tense by association even as Seed dials down the intensity, a testament to “Pits’” power. “Calico” strays off-path while sounding restrained, and “Broken Finger” uses swells and feedback to glide to a noisy conclusion that blurs the line between birth and death. Pageant sounds cross-seasonal: now in the springtime, it feels like thaw and renewal, yet it also has shades of fall, of foliage browning and decay on the horizon. That’s its real beauty: a minimal setup can sound so alive and take on different forms.

Plaguestate — Under the Shelter of Violence (Self-released)

Plaguestate is a new trio featuring some of the Bay Area’s heaviest hitters, notably ex-Deafheaven bassist Derek Prine and Acephalix drummer Dave Benson. They draw upon crust, doom, and a little noise for their debut EP Under the Shelter of Violence. With the exception of “Temporal Decay” beginning with industrial sputters, this is raw, straight ahead, mega-pissed-off, and not interested in meandering. While the guitars have that crusty death metal sound chief to a crop of bands popular in the underground around the early 2010s, it’s Benson’s mastery of the d-beat and double bass that really ties it all together. You need that sort of rage if you’re gonna close with a song called “Malignantly Useless,” an anthem for whether you’re mad at whoever’s fucking you over or yourself for getting fucked so bad.