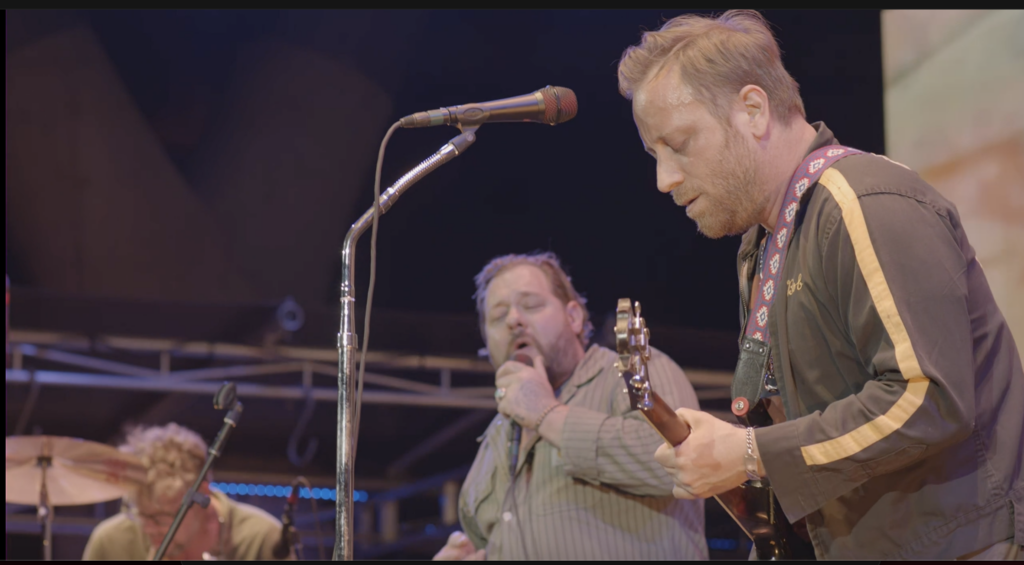 The Black Keys paid tribute to their dear friend and collaborator, the late musician/producer Richard Swift, by covering his song “Broken Finger Blues” for the first time ever Thursday night (July 14) at Red Rocks Amphitheatre just outside of Denver. The track was largely sung by special guest Nathaniel Rateliff, whose 2015 self-titled album with The Night Sweats was produced by Swift.

A beloved figure in indie rock circles, Swift died in July 2018 at the age of 41 after battling numerous health issues. He played bass in The Black Keys’ live touring band from 2014-15 and was also a member of Black Keys frontman Dan Auerbach’s side band The Arcs, in addition to his work with The Shins, Damien Jurado, Foxygen, Pedro The Lion’s David Bazan and many others.

“He was the funniest person we ever met, one of the most talented musicians we have ever worked with and we feel so honored to have known him,” Auerbach and Black Keys drummer Patrick Carney said of Swift shortly after his passing.

At Red Rocks, Auerbach introduced “Broken Finger Blues” as “one we’ve never played before” before bringing out Rateliff, who has lived in Denver most of his adult life and is on a short break until his next scheduled performance at the Newport Folk Festival on July 23.

The Red Rocks show was streamed live by Nugs.net as part of The Black Keys’ tour in support of their new Nonesuch album, Dropout Boogie (read SPIN‘s cover story here). Afterwards, Auerbach DJ’d a special afterparty for 100 lucky fans at a secret dive bar nearby as part of an ongoing partnership with Propeller and the Save the Music Foundation. The trek continues Friday in Maryland Heights, Mo.