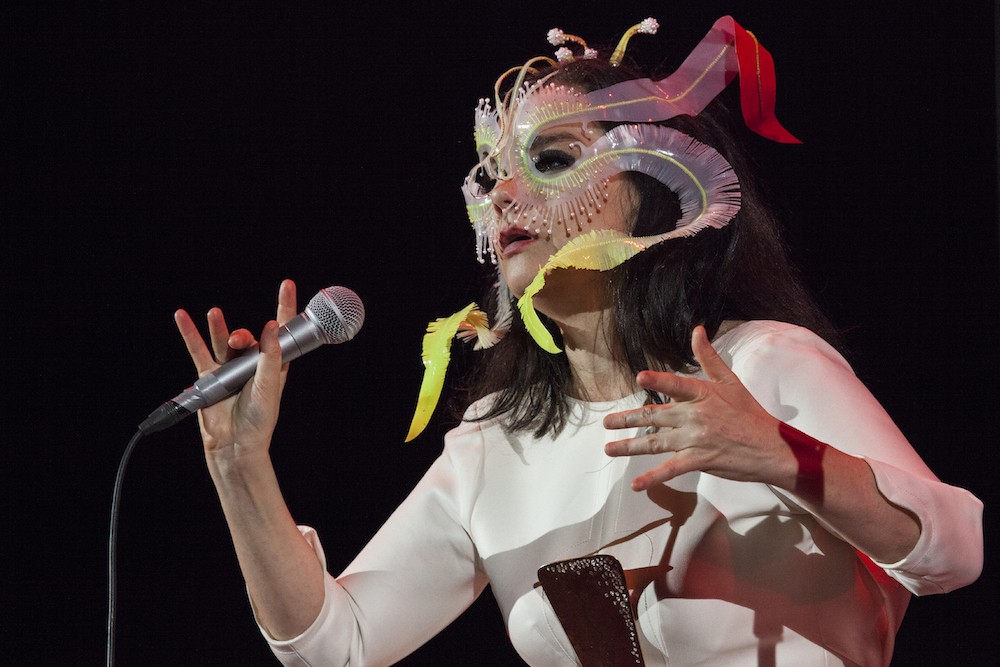 Björk and frequent collaborator Sjón wrote “Cosmogony,” the first single from the Icelandic Hamrahlíð Choir’s upcoming album Come and be Joyful, which is out on Dec. 6.

“Cosmogony” is an entirely a capella work first performed by the Hamrahlíð Choir at the premiere performance of Björk’s Cornucopia shows at the Shed in New York in May and June of 2019. The title is a word referring to the origin of the universe, especially the solar system.

Come and be Joyful features Icelandic folk songs along with two collaborative Björk covers – “Cosmogony” as well as “Sonnets” — both based on Björk’s arrangements.

Listen to “Cosmogony” below.

“I am so incredibly grateful that the hamrahlíð choir and it’s original conductor þorgerður ingólfsdóttir came on tour with me,” Björk said in a statement. “I was myself in this choir when i was 16 and i think every single icelandic musician you have ever heard of was brought up and musically baptised by this miraculous woman. she is a legend in iceland and has guarded optimism and the light in the tumultuous times that teenagedom is.”

Bjork furthered that Ingólfsdóttir “has also encouraged and commissioned dozens of choral works from all of iceland’s most prominent composers for half a century or so. i am absolutely beyond honoured.”

As her statement noted, Björk was a member of the choir as a teen, and collaborated with the group professionally starting in 2017, featuring them on her Utopia album.

She also had all 52 choristers accompany her on her world-wide Cornucopia tour.

See the Come and be Joyful tracklist below:

2020-11-06
Previous Post: SPIN Daybreaker: 14 Songs to Get You Grooving
Next Post: Howling ‘Monster Wolf’ robots installed in Japan to scare away bears