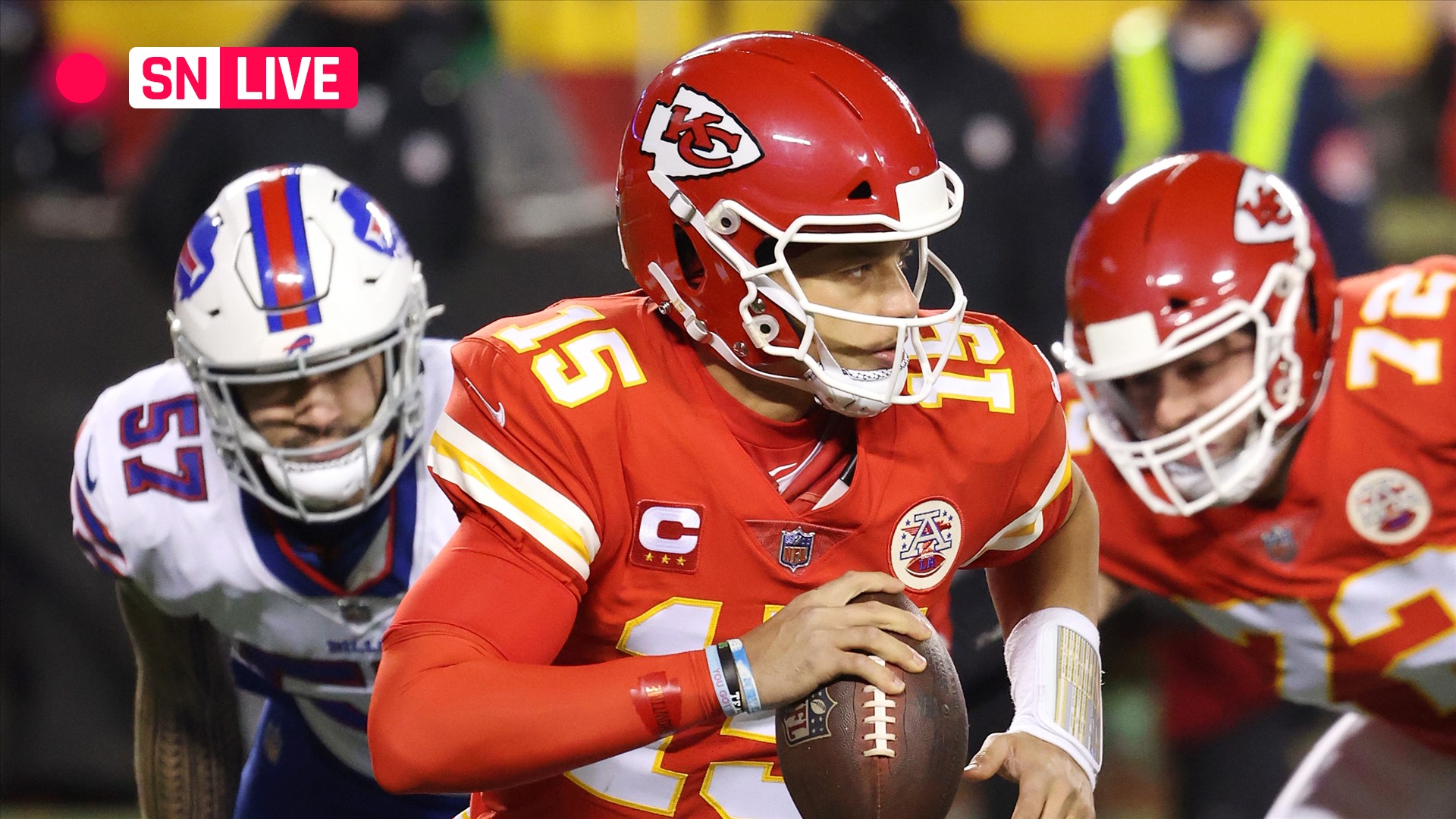 The Bills did not get the reprieve from Chiefs quarterback Patrick Mahomes they had hoped for in Sunday’s 2021 AFC championship game.

Mahomes was knocked out of the divisional round the previous weekend by a hit to his head area, but he passed though NFL concussion protocol and was brilliant in Kansas City’s 38-24 win over Buffalo on Sunday night. He completed 29 of 38 passes for 325 yards and three touchdowns. He didn’t turn the ball over.

After Buffalo took a 9-0 lead into the second quarter, Mahomes and the Chiefs settled into an overwhelming performance. Wide receiver Tyreek Hill caught nine passes for 172 yards, and tight end Travis Kelce caught 13 passes for 118 yards and two scores.

The Bills were unable to match the perfection of the Chiefs, punting three times, settling for four field goals and taking four sacks. Josh Allen, who was up-and-down in his first conference title bout, threw an interception early in the fourth quarter that essentially sealed the result.

Kansas City will face the Buccaneers in Tampa in Super Bowl 55 on Feb. 7.

Sporting News tracked live scoring updates and highlights from Bills vs. Chiefs. Follow below for complete results from the 2021 AFC championship game.

9:48 p.m. After a long sack of Allen, there’s pushing, shoving and flags flying.

9:40 p.m.: Allen gets crushed after completing a 16-yard pass over the middle, and the roughing the passer flag brings Buffalo inside the 15.

9:30 p.m.: The Chiefs look unstoppable right now. Williams is picking up steam on the ground, and Hill and Kelce continue to cause problems downfield.

9:12 p.m.: The Bills convert the fourth down via their ground game, which is nearing 100 yards for the night.

9 p.m.: Hill dashes for 71 yards! That’s a crushing moment for a Buffalo defense that had been so focused on limiting big plays.

8:56 p.m.: Allen throws incomplete on third-and-3 in the red zone, bringing out the field goal unit.

8:50 p.m.: Cole Beasley, so much better since joining the Bills from Dallas before last year, makes a 23-yard catch.

8:32 p.m.: Hill starts the second half with a 31-yard catch-and-run that will be almost halved by him stepping out of bounds. Replay reduces it to a 16-yard gain.

8:13 p.m.: The Bills bring out the field goal team on fourth down inside the 5 with 14 seconds left in the half. Questionable choice.

7:50 p.m.: Tyreek Hill bursts into open space, which of course is bad news for Buffalo. He took a short pass 33 yards there.

7:37 p.m.: TOUCHDOWN, Chiefs. That was fast. Kansas City has its first lead of the contest. Darrel Williams went up the middle for six yards. 14-9, Kansas City.

7:29 p.m.: Allen torpedoes his own drive with an intentional grounding penalty. The Bills punt.

7:14 p.m.: Mahomes hits his running back in the flat. The Chiefs enter the red zone.

7:02 p.m.: TOUCHDOWN, Bills. Dawson Knox sprints across the formation, and Allen makes a good throw to the tight end. Extra-point is missed. 9-0, Buffalo.

7:01 p.m.: MUFFED PUNT. Mecole Hardman lets the ball through his hands, and the Bills recover on the brink of the goal line.

The AFC championship game is scheduled to start at 6:40 p.m. ET. This is the second of the two conference championship games taking place on Sunday, Jan. 24. By kickoff, one of the Super Bowl contestants will already be known. By the game’s conclusion, we’ll know the NFC’s opponent in the big game, too.

Neither of these teams have kicked off at this exact time all year, although they’re no strangers to night games and should be ready to go by Sunday evening.