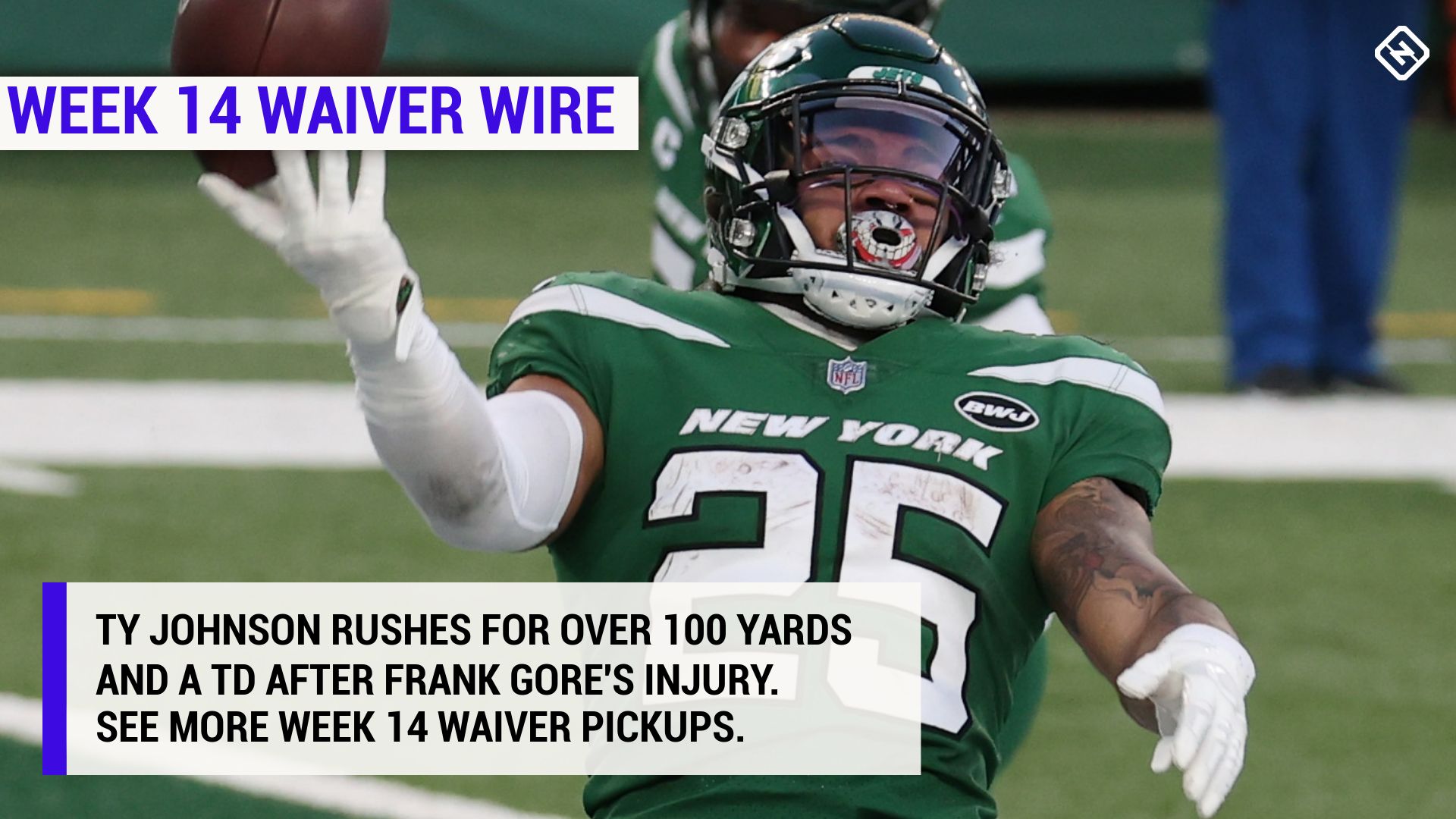 There were a lot of big performances on Sunday, but you won’t find all of those under-the-radar players among the top Week 14 fantasy waiver wire pickups and free agent adds. Maybe earlier in the season we would’ve responded more strongly to Baker Mayfield’s and Derek Carr’s huge games or Alfred Morris’s, Dan Arnold’s, Chad Hansen’s, and Donovan Peoples-Jones’s breakout stat lines, but at this point in the season, it’s all about consistent opportunities and matchups. Running backs Ty Johnson and Cam Akers and wide receivers T.Y. Hilton and Keke Coutee figure to have more value for the fantasy playoffs, and a QB like Jalen Hurts is slightly more intriguing than the up-and-down veterans mentioned above.

Our full free agent list features plenty more players who could see consistent usage and/or favorable matchups going forward. At this point, unless a player is an injury replacement, he can be viewed as a glorified streamer, and as always, we also have a bunch of one-week recommendations at QB, TE, and D/ST, which can be found at the end of this list.

When it comes to using high waiver claims during the fantasy playoffs, it’s all about whether you have a glaring need at a certain position or you’re trying to prevent your opponent from getting a streamer. Even if you have a bye in Week 14, it’s fair to jump in and claim a player who figures to still be seeing significant touches and has a good matchup in Week 15. While RBs like Johnson and Akers have the most value in general, if you’re set at RB, then there’s nothing wrong with using a high claim on a D/ST or even a QB, depending on your need.

It’s win-or-go-home time, so don’t hold back and always be looking ahead. Picking up players before everyone else is thinking about picking them up is how you win fantasy championships. — Matt Lutovsky