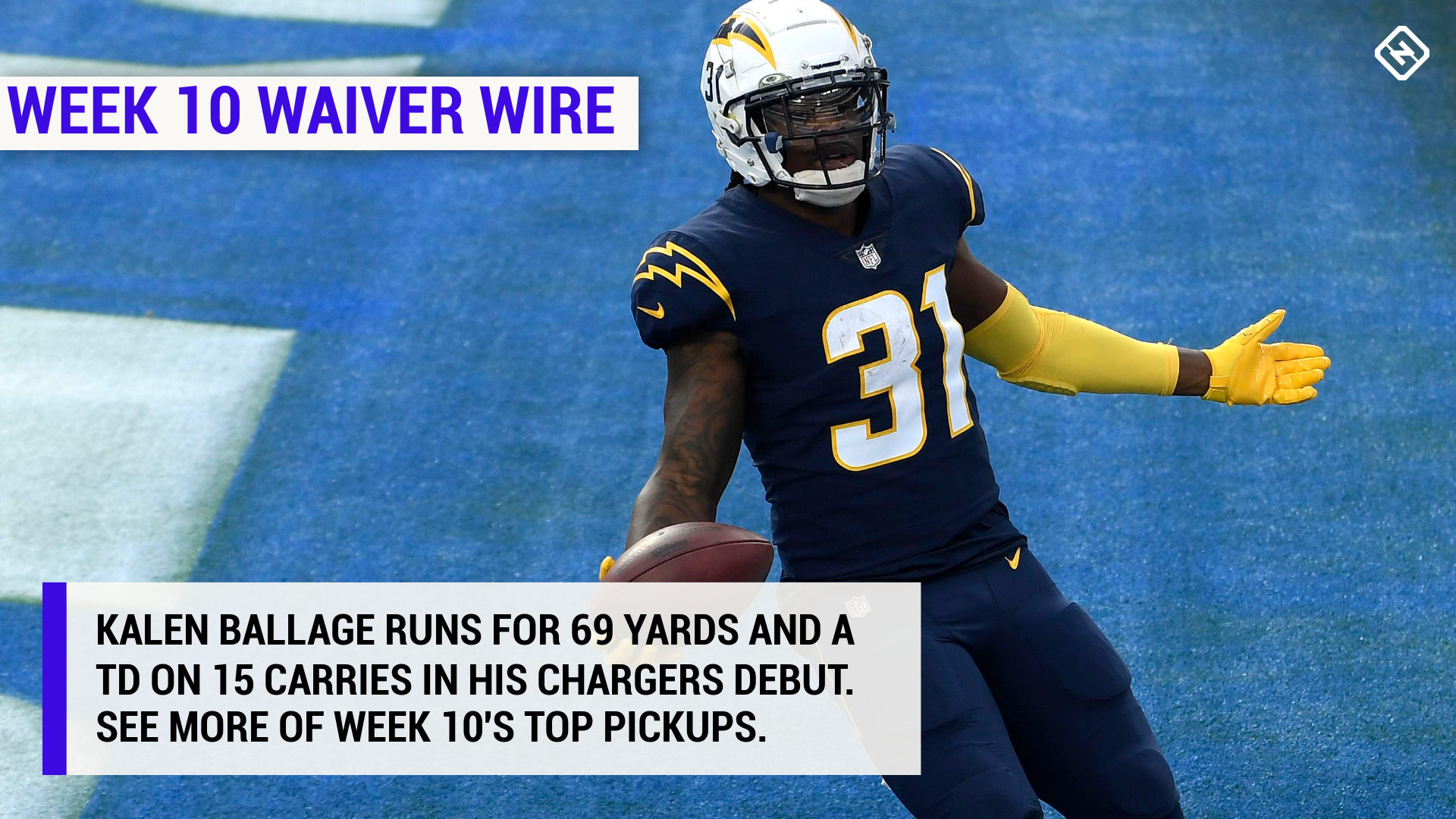 Just like last week, under-the-radar RBs lead our list of the top Week 10 fantasy waiver wire pickups and free agent adds. Some notable new injuries (Justin Jackson, David Johnson, David Montgomery) opened the door for a few running backs (Kalen Ballage, Duke Johnson, Ryan Nall), while other backs took advantage of existing injuries or other issues (Jordan Wilkins, Gus Edwards, Wayne Gallman, Jordan Howard) to post decent stats. While none are overly exciting, all could have value in future weeks and should be on the radars of fantasy owners.

Our full free agent list is a bit light this week, as only a handful of pass-catchers (Tim Patrick, David Moore, Nelson Agholor, Jimmy Graham, Irv Smith Jr.) had notable games, and there were thankfully few other big injuries. We still have our usual Week 10 streaming recommendations at QB, TE, and D/ST, which can be found at the end of this list.

As has been the case the past few weeks, the decision whether to use a high waiver claim comes down to how badly you need a running back or maybe a tight end. Guys like Ballage, Johnson, Edwards, and Gallman might have no more than one week of usefulness (if that), so unless you’re desperate in Week 10, it’s probably best to hold back a high claim and see if a bigger injury happens in the coming weeks. All of those RBs are worth middle and low waiver claims, but you don’t need to reach for them if you’re set at RB (or unless you’re playing defense against your Week 10 opponent).  —  Matt Lutovsky