Beach House will replace Iggy Pop as the final night headliner at the upcoming Desert Daze festival near Lake Perris, Calif., after Pop’s French-based band was unable to enter the United States due to visa complications. The performance was to be Pop’s only one in North America this year.

“I am disappointed to announce the cancellation of my appearance at the Desert Daze Festival,” says Pop. “Due to a confluence of world events, we have had unprecedented visa issues for my French band way beyond our control, and the band can’t enter the United States in time for the date. I am frustrated to let my U.S. fans down. I’ve left no stone unturned to be there with you on October 2nd, but now I can only plan to play this wonderful festival again in the future.”

Pop’s next album was produced by Andrew Watt and features appearances by Pearl Jam touring multi-instrumentalist Josh Klinghoffer and Red Hot Chili Peppers drummer Chad Smith. No details about its release have yet been made available.

As previously reported, Desert Daze will be held Sept. 30-Oct. 2 and is headlined by King Gizzard And The Lizard Wizard and Tame Impala, the latter performing its landmark sophomore album Lonerism in its entirety. 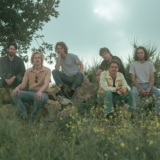 The bill will be rounded out by Men I Trust, BADBADNOTGOOD, Cymande, Kikagaku Moyo, Reggie Watts, Pond, Fuzz, Perfume Genius and Chicano Batman, among many others.