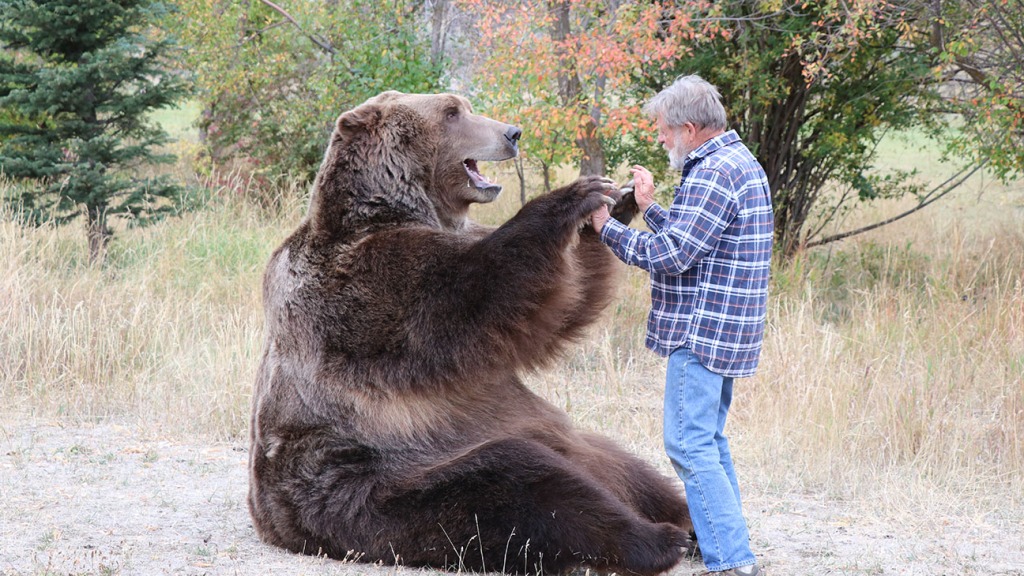 Bart the Bear II, who was featured in such movies as Dr. Dolittle 2, Into the Wild and We Bought a Zoo, has died. He was 21.

After a decline in his health this year, Bart died peacefully at home over the weekend in Heber City, Utah, it was announced Monday by Ryan Lutey, executive director of the Vital Ground Foundation.

Bart served as an ambassador for Vital Ground, a Missoula, Montana-based land trust that is focused on conserving grizzly bear habitat, preserving genetic corridors for all wildlife and botanicals and preventing conflicts between bears and people.

“He leaves an enormous legacy of grizzly bear conservation,” Lutey said in a statement. “During his two decades as a Vital Ground ambassador, Bart’s charisma helped conserve and enhance hundreds of thousands of acres of habitat for his fellow grizzlies and all the species that share their range, from elk and moose to bull trout, butterflies and plants.”

Bart and his sister, Honey Bump, were orphaned in the Wrangell Mountains of Alaska after their mother was killed by a hunter. A bear biologist found the starving cubs, who eventually wound up with Vital Ground co-founders Doug and Lynne Seus just as the original Big Bart, “the center of our clan,” was dying of cancer.

“At first, we called him Little Bart,” the Seuses said in a statement, “but when he reached 1,400 pounds, he became simply Bart the Bear II.”

Said Lynne Seus: “Where the grizzly can walk, the Earth is healthy and whole. Bart was a grizzly who walked the Earth with intelligence, power, grace and purpose. All of us who knew him were made more whole by his incomparable spirit. We will miss Bart greatly, and his memory will inspire us as we work to ensure his massive footprint endures for future generations across the wild landscapes of grizzly country.”

You can make a donation in Bart’s memory here.