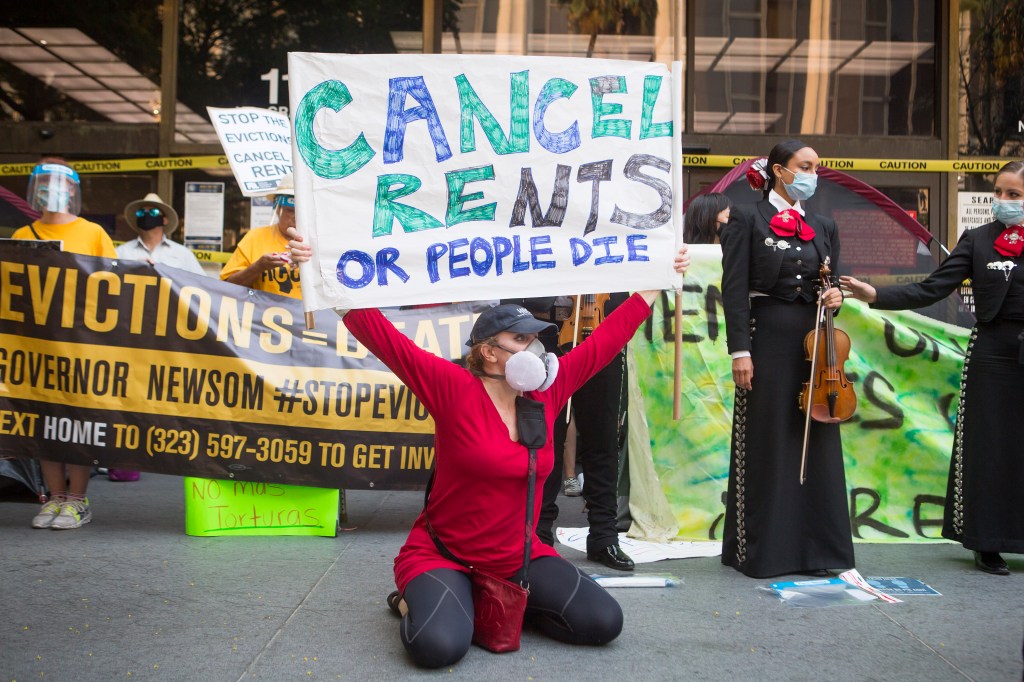 California’s back rent is projected to reach nearly $1.7 billion by the end of the year, or almost a fourth of the total rental debt nationwide, a Federal Reserve study found.

Under the state’s eviction moratorium, landlords can pursue that debt through small claims courts next spring if their tenants fail to repay it by then.

In all, nearly 240,000 renter households in the state have fallen behind on rent, with an average debt of $6,953 per household, the study by the Federal Reserve Bank of Philadelphia found.

Nationwide, renter debt is projected to hit $7.2 billion by the end of December. The Philadelphia Fed determined 1.34 million American households will owe an average of $5,400 apiece in unpaid rent.

The Fed analysis, which came up during a USC rental housing conference on Thursday, Nov. 12, suggests thousands of tenants face the risk of eviction after a national Centers for Disease Control moratorium ends Dec. 31.

“If there’s no additional federal assistance and the economy doesn’t come back, that (debt is) going to grow by over $1 billion a month,” Ingrid Gould Ellen, director of New York University’s Furman Center for Real Estate and Urban Policy, said during the online conference.

“That dollar amount is quite a tall task,” added Tracie Mann, housing assistance director for the L.A. County Development Authority. “It’s really difficult to wrap your head around the fact that so many people have that much outstanding rent.”

The event by USC’s Lusk Center for Real Estate focused on how the pandemic is affecting tenants and landlords in Southern California. Topics included tenants’ ability to pay rent, how landlords are dealing with conflicting state and local eviction moratoriums and how the pandemic has impacted sales of apartment buildings.

This year’s conference, however, didn’t include Lusk’s annual Casden Multifamily Forecast because of uncertainty about what’s going to happen with the pandemic, said Lusk Director Richard Green.

A joint study by UCLA and USC found that 80% of Los Angeles County tenants paid their rent on time since the pandemic hit, but some tenants were forced to rely on savings, credit cards or loans from family and friends to stay current.

Green said also that while homeowners getting forbearance for government-backed loans don’t have to repay missed mortgage payments until the end of their loan, renters still are liable for repaying their missed rent payments by next March.

Even though eviction moratoriums help renters keep their homes, Green added, it does nothing to protect their credit scores — possibly making it harder for them to rent their next home down the road.