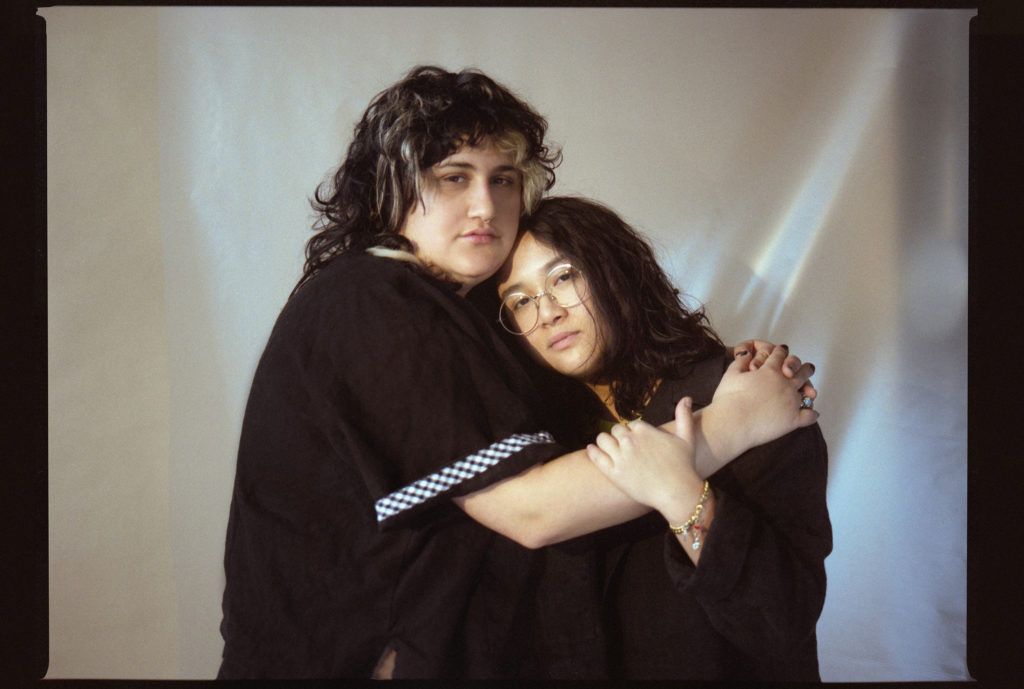 “I See It Now” is the latest single since Bachelor’s searing indie-rock debut, Doomin’ Sun. The song is a slow, Lorde-like number, tinged with angst that comes across in quirky lyrical burns like, “You were salt in a sugar shaker/but I couldn’t tell with all that creamer.”

“I See It Now” may sound mellow, but its message is clear-eyed and unafraid. They sound especially fearsome when shaming their replacement in the relationship: “And when you guys fuck do you lay and fake it/after he’s done do you brush your teeth naked.”

The duo — Jay Som’s Melina Duterte and Palehound’s Ellen Kempner — wrote “I See It Now” at Kempner’s house in Poughkeepsie, New York last January. The band explained in a joint statement: “When Bachelor was filming our music videos for Doomin Sun, we found ourselves with a day to kill at Ellen’s house. Ellen had assembled a small recording setup in her basement that she was mystified by and still figuring out how to work so we decided to record a song to mess around with the gear. Melina wrote the creepy intro keyboard part and we built the song from there. What came was “I See It Now,” a kind of lethargic muse on sexual regret and insecurity.”