Arlene Dahl, Actress Who Made Beauty Her Business, Dies at 96 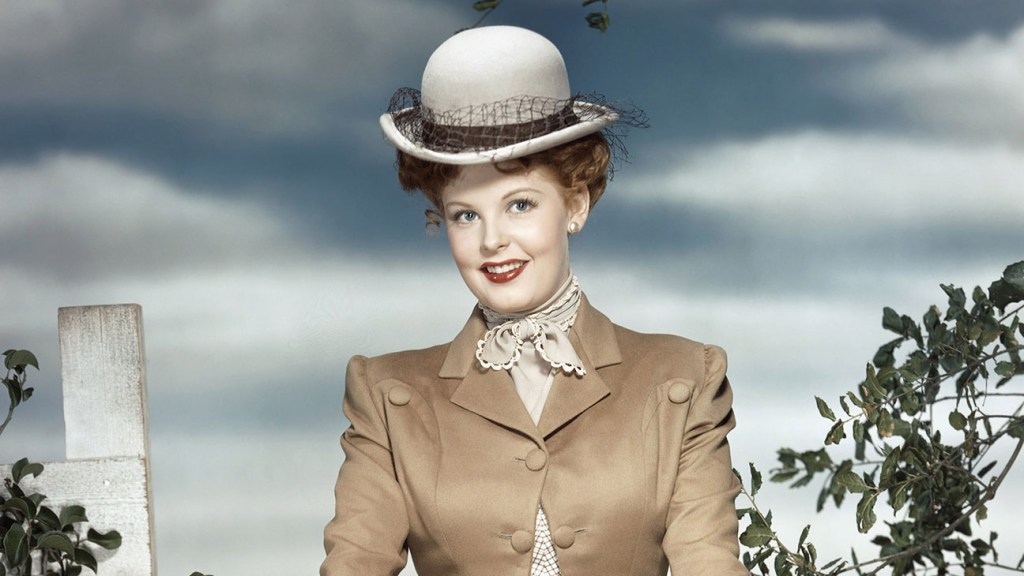 Arlene Dahl, the flame-haired actress who starred in such films as My Wild Irish Rose, Slightly Scarlet and Journey to the Center of the Earth, has died. She was 96.

Dahl, who also made a career out of how to look good with a long-running newspaper column, a series of books and a company that sold beauty products, died Monday in New York, her son, Falcon Crest actor Lorenzo Lamas, announced on Facebook. “She was the most positive influence on my life,” he wrote.

In the late 1940s, Dahl the starlet dated John F. Kennedy, then the junior senator from Massachusetts, on and off for a couple of years. “He was the cheapest man I ever met — never had a dollar in his pocket,” she recalled in a 2013 interview.

Dahl looked magnificent in Technicolor as Dennis Morgan’s muse in the romantic musical My Wild Irish Rose (1947). And in Journey to the Center of the Earth (1959), she played a determined widow who heads to the planet’s core with Pat Boone and a pet duck.

Dahl also was a standout in several film noir dramas, most notably when she played a kleptomaniac in Slightly Scarlet (1956), shot by cinematographer John Alton. She was a sexy French revolutionary in Anthony Mann’s Reign of Terror (1949); the wife of cop Van Johnson in the Dragnet-style Scene of the Crime (1949); turned Barry Sullivan bad in No Questions Asked (1951); and used men to escape a life in the slums in Wicked as They Come (1956).

Arlene Carol Dahl was born on Aug. 11, 1925, and raised by strict Norwegian parents. She studied drama at the University of Minnesota during summer vacations from Washburn High School, and after graduation, she was off to Chicago to model lingerie and work as a buyer at a Marshall Field’s department store.

She moved to New York and landed a role in the short-lived 1945 Broadway musical Mr. Strauss Goes to Boston, then played an ingenue in an off-Broadway production, Questionable Ladies.

Dahl was selected to be a Rheingold Beer Girl for an ad campaign, and studio head Jack Warner spotted her and signed her to a contract at Warner Bros. She had an uncredited part in the William Powell starrer Life With Father (1947), her first movie credit.

She moved to MGM (legend has it Warner forgot to renew her option) and was paired with Red Skelton in A Southern Yankee (1948), Watch the Birdie (1950) and the musical Three Little Words (1950), in which she sang “I Love You So Much” accompanied by men in top hats.

Dahl looked resplendent on the cover of Life magazine in a September 1949 issue. And in 1953, she played Roxane in a revival of Cyrano de Bergerac opposite Jose Ferrer on Broadway.

Her writing career began in 1951 when Chicago Tribune founder Robert McCormick asked her to write a tri-weekly beauty column for his newspaper. “Let’s Be Beautiful” (in one item, Greer Garson once told Dahl that she washed her hair in champagne) was syndicated and ran for more than 20 years and in more than 150 newspapers throughout the U.S.

In the 1950s, she founded Arlene Dahl Enterprises, which marketed lingerie and cosmetics. She invented the Dahl Beauty Cap, a knitted cap for women to wear to bed to keep their hair from becoming mussed. She also developed a line of boudoir apparel, including nightgowns, négligées and lounging pajamas.

Her first of more than 15 beauty books, Always Ask a Man: Arlene Dahl’s Key to Femininity, was published in 1965 and sold more than 1 million copies.

She was a millionaire, but one of her husbands left her with a pile of debts, and in 1980 she filed for bankruptcy protection, prompting a return to acting. She guest-starred on The Love Boat, played Lucinda Schenck Wilson on the ABC soap One Life to Live for a few years and appeared in Night of the Warrior (1991) alongside son Lorenzo.

Her marriage to Barker lasted seven months. Her third husband was Texas oilman Christian Holmes III, and her fourth was Russian wine expert Alexis Lichine. That marriage was annulled in 1969, and later that year, she wed yacht broker Skip Schaum.

In addition to Lorenzo, survivors include her sixth husband, Marc Rosen — a cosmetics exec and perfume-bottle designer 18 years her junior whom she wed in 1984 — two other children, Carole and Stephen; nine grandchildren; and two great-grandchildren.

2021-11-29
Previous Post: AP&R: BLACKSTARKIDS and other rising artists to check out this month
Next Post: Disney+ releases trailer for ‘The Book Of Boba Fett’ ahead of new series