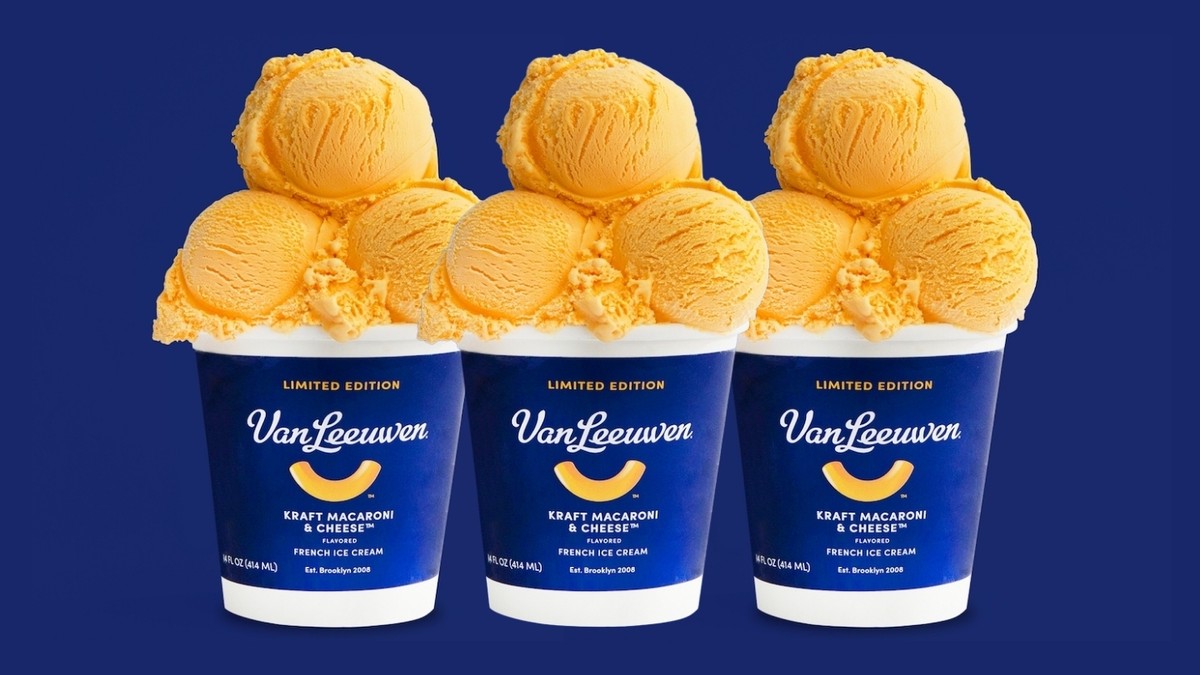 “This is what greets you at the gates of Hell,” the Cut claimed this morning, alongside the news that the New York-based Van Leeuwen Ice Cream and Kraft—yes, that Kraft—have collaborated to give us the “terrifying glory” of Kraft Mac & Cheese–flavored ice cream. It is exactly as Halloween-y bright orange as you’d expect, made with the “familiar, cheesiness of Kraft Macaroni & Cheese,” per the press release.

But before you add to the cacophony of horrified readers on social media—who’ve asked things like “have we as a people not endured enough?”—hear me out: Cheese ice cream is good, actually. And what if the American cultural inclination toward seeing certain cheeses as exclusively savory is actually just holding us back from the beautiful, munchies-worthy possibilities of the savory-sweet dessert world?

While I haven’t had the Kraft version yet, I’m down to go to bat for it; I’ve been eating cheese ice cream my whole life in the form of Magnolia and Selecta brand queso ice cream from the Philippines. Filipinos have long known the truth: Processed cheese is good, and in ice cream, it’s even better. We turn bright orange cheese into perfectly balanced queso ice cream. There’s also ube keso, which combines Filipino purple yam with cheese, for a flavor that is enjoyable to both eat and look at, and mais queso, which is a mixture of cheese and sweet corn. Sometimes, we eat scoops of these flavors inside warm rolls of slightly salty pandesal for a true ice cream sandwich, and the result is sweet and salty, filling every craving at once.

Instead of the cloying sweetness of many ice cream flavors (I’m looking at you, cotton candy), queso ice cream is tamed by its hint of savoriness. Don’t worry, it still tastes distinctly like dessert; that touch of salt from the cheese is going up against plenty of cream and sugar. If you think about it, the concept isn’t far off from cheesecake, which takes a cheese we often conceive of as savory and turns it into something sweet. And many artisanal ice cream shops have played around with the concept of savory-leaning ice cream: Morgenstern’s in New York makes a salt-and-pepper pine nut; Portland, Oregon’s Salt & Straw churns pear with blue cheese; Toscanini’s in Cambridge, where I worked for four years, found success in goat cheese brownie. Kraft Mac & Cheese ice cream may be an example of the constant brand stunt Hell we now live in, sure, but it is certainly not a culinary abomination.

Live a little, and indulge in the sweet cheese. For people who want to duke it out for a pint of the Van Leeuwen stuff, the limited-edition Kraft Macaroni & Cheese flavor hits stores and the internet tomorrow. But if you don’t want to deal with the online ice cream Hunger Games, just go to an Asian grocery store and buy yourself a quart of Magnolia or a tub of Selecta. I promise: You’ll be pleasantly surprised. If you hate it, more for me.