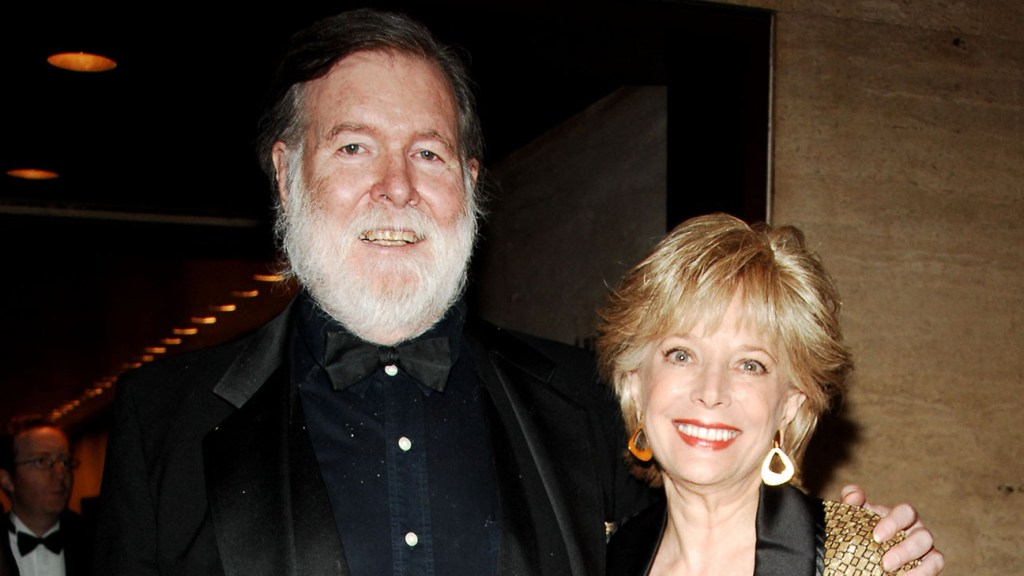 Aaron Latham, the journalist, screenwriter and husband of CBS News veteran Lesley Stahl who penned the articles that served as the basis for the John Travolta films Urban Cowboy and Perfect, has died. He was 78.

Latham died Saturday at Bryn Mawr Hospital in Pennsylvania after a battle with Parkinson’s disease, his wife told The Hollywood Reporter. His health declined after he was diagnosed with COVID-19 in 2020, she added.

A native of Texas who wed Stahl in 1977, Latham worked for The Washington Post, Esquire, The New York Times and Rolling Stone, among other publications, during his career.

Urban Cowboy (1980) came from Latham’s Esquire piece that revolved around a romance between a mechanical-bull rider and a woman at the Houston-area nightclub Gilley’s. The real-life pair became Travolta’s Bud and Debra Winger’s Sissy in the box office hit.

Latham’s stories for Rolling Stone about young, single people and health clubs was turned into Perfect (1985), starring Travolta as a reporter and Jamie Lee Curtis as a workout instructor.

For both movies, he worked on the screenplays with director James Bridges.

Latham also co-wrote with director David S. Ward The Program (1993), the drama about college football that starred James Caan, and he co-wrote the book for the 2003 Broadway musical version of Urban Cowboy.

Aaron Latham was born on Oct. 3, 1943, in Spur, Texas, near Lubbock. His father was a high school football coach, and his mother taught grammar school.

Every time his dad had a winning season, “we moved to a bigger place,” he told Texas Monthly in 2000. “I lived in Spur, Munday, De Leon, Abilene. I was a football player until I got hurt during my freshman year. At one practice I ended up at the bottom of a pile, and I had to have my left kidney removed. Off the field, though, I always loved English.”

At Amherst, he edited the college newspaper before graduating in 1966, then earned his Ph.D. at Princeton.

In August 1973, Latham was reporting on Watergate when he contacted Stahl, then looking into the cover-up for CBS. “‘How dare you call me at home?’” he recalled her saying in a 1977 profile of the couple for People magazine. “‘If you want to talk, call me tomorrow at the office,’ she barked, and then slammed down the phone.”

They agreed to meet the next day, but in the meantime he decided to “turn on the TV to see what this person looks like.” He did and said he was “terrified. I thought, ‘She’s so beautiful.’ My heart stopped, my mouth dried up and I said, ‘What have I gotten myself into?’”

Latham’s first novel, Orchids for Mother, a roman à clef about the CIA and his early relationship with Stahl, was published in 1977. They married in February of that year.

His other books included Crazy Sundays: F. Scott Fitzgerald in Hollywood; Frozen Leopard: Hunting My Dark Heart in Africa; The Ballad of Gussie & Clyde: A True Story of True Love; Code of the West; and The Cowboy With the Tiffany Gun.

Stahl said that amid the bidding for the movie rights to Urban Cowboy, Latham had written into his contract that he handle the screenplay as well.

In a September 2018 interview with Brain and Life, she said Latham received his Parkinson’s diagnosis after puzzling symptoms like a slow gait led the couple to seek medical care.(Stahl told THR he had the disease for some 15 years.)

Though he faced a steep battle with the degenerative disorder, he continued to write and tackle new creative endeavors like directing plays.

He found relief and a new physical challenge through Rock Steady, a boxing program designed for people with Parkinson’s (Stahl did a segment on it for 60 Minutes).

Though Latham also found success with a surgical procedure called deep brain stimulation that helped reduce tremors and stiffness, his condition worsened after getting diagnosed with COVID-19.

“We got [COVID] together right at the very beginning,” Stahl, 80, told THR last week. “It really disrupted the course of his disease. Parkinson’s is a progressively degenerate disorder, and he was going along in a very slow, incremental, downward trend, but not bad. But when he got COVID, he just went off the side of the cliff.”

Survivors include their daughter, Taylor; son-in-law Andrew; and grandchildren Jordan and Chloe.

The couple relished their roles as parents and grandparents, with Stahl telling Guideposts: “Aaron, who was raised a Methodist, always says there’s a plan to the universe, there’s a higher order. Grandchildren come along and they send you in a direction you never dreamed you were going. You discover a new purpose, a new calling.”