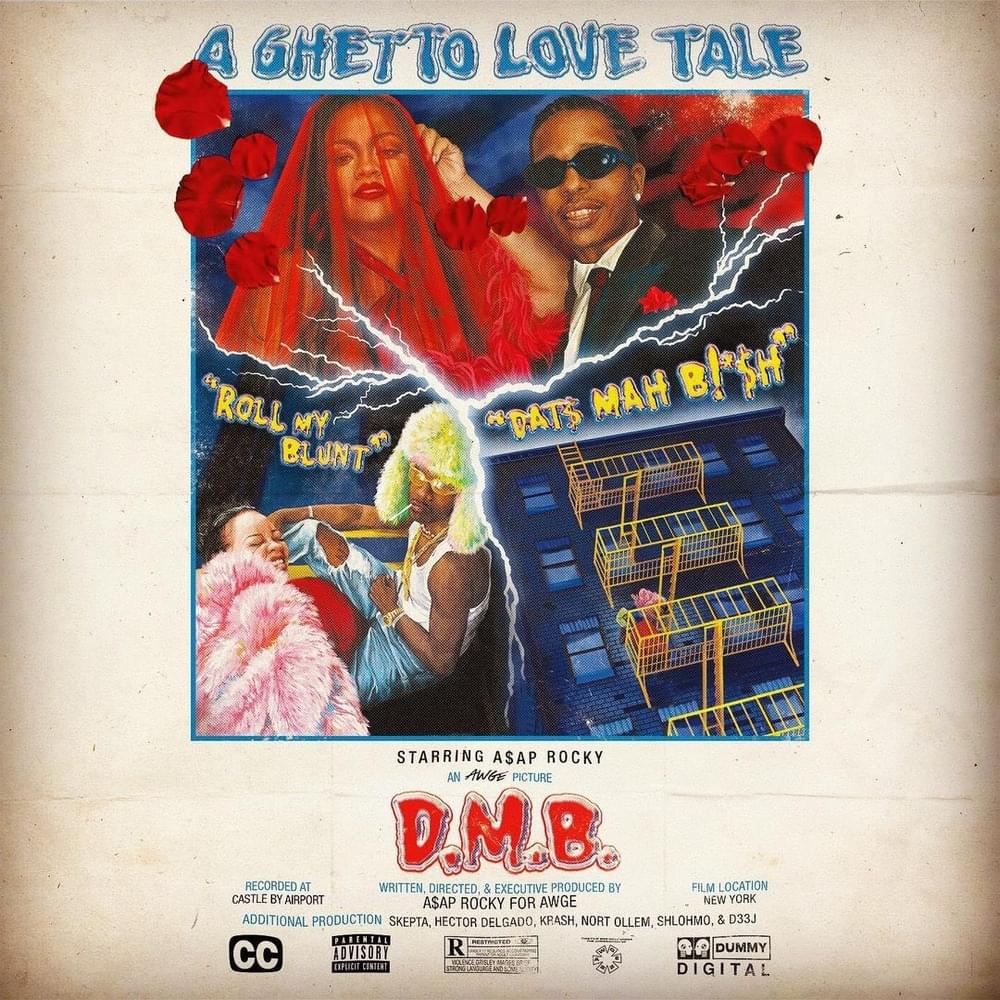 A$AP Rocky is back with a new song called “D.M.B.” The song is produced by Rocky, Skepta, Shlohmo, Hector Delgado, and Kelvin Krash, with additional production by D33J.

Along with the audio, Rocky shared a video that he wrote, directed and executive produced for AWGE. The video stars his girlfriend, Rihanna, who makes her first music-related appearance in years (in case you weren’t aware, she has a successful fashion line). The clip is described as “an ode to the classic love story, with Rocky and Rihanna depicting true ride-or-die characters in a devoted relationship despite their circumstances.”

Earlier this year, the couple announced that they are expecting their first baby together in 2022. The video for “D.M.B.” (not to be confused with Dave Matthews Band) was shot last year in New York prior to the pregnancy. Last month, A$AP Rocky was arrested in Los Angeles for an alleged assault with a deadly weapon stemming from an incident that took place last November in Hollywood.

2022-05-05
Previous Post: Camerimage: Stephen Burum to Receive Lifetime Achievement Award
Next Post: KILLBOY: “I have a fire inside me that ignites when people tell me not to do something”