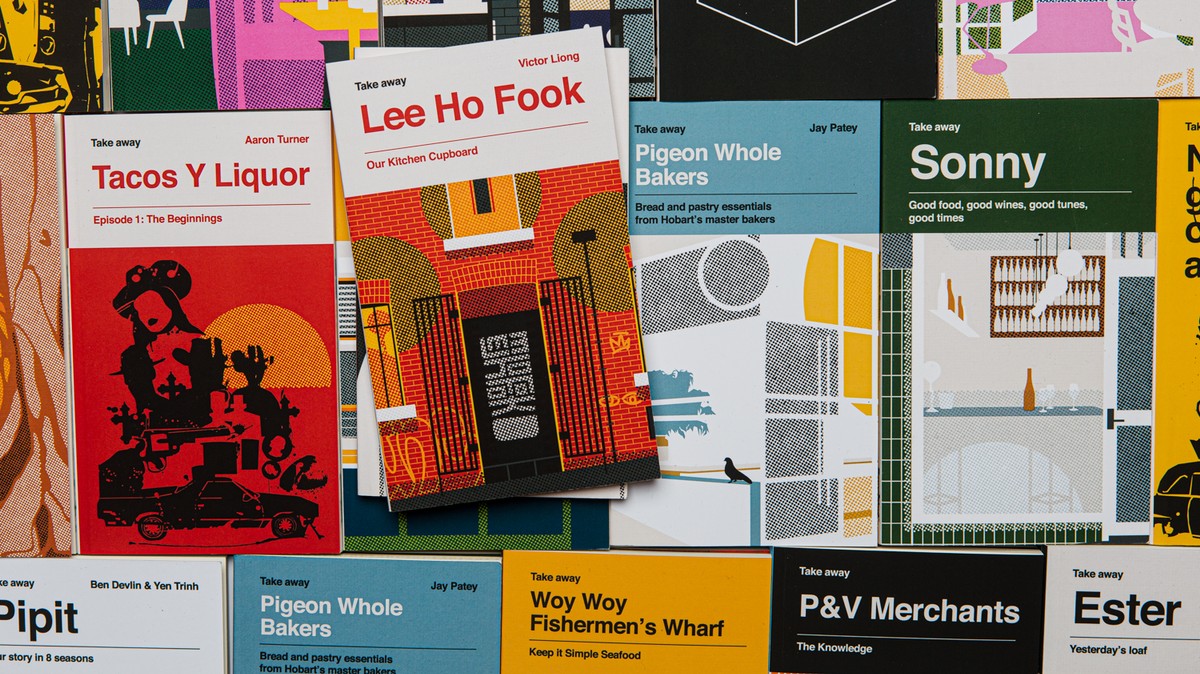 In line with the experience of many people this year, Melbourne-based freelance creative director Vaughan Mossop struggled to find jobs in March as a result of the COVID-19 pandemic. But eight months later, Mossop’s new micropublishing company, Somekind, isn’t just making a mark in Australia, where it’s raised upwards of $200,000 for the hospitality industry—it’s also taking its crowdfunded, community-focused food books to the United States.

Despite his own work situation, Mossop worried for his friends in hospitality who still faced large overhead costs despite pandemic-related closures and restrictions. “I thought, well, what can I do to help?” he said. “The idea I had was: If there’s one thing I know how to do, it’s make cookbooks.” Mossop has spent most of his career in publishing—he’s worked on Aaron Turner’s Igni, which Saveur described in 2017 as maybe “the most beautiful cookbook we’ve seen in years”—as had co-founder Simon Davis, who worked on Josh Niland’s award-winning The Whole Fish Cookbook. Mossop said, “I could make these standardized paperback cookbooks where I would flip the publishing model on its head a bit and give the majority of profit to the venues.”

Despite what all those fantastical stories of rich writers like Carrie Bradshaw would have you believe, writing is not a particularly lucrative path for the vast majority of people, with many authors earning just a 10 percent royalty from their books. Somekind wants to create an alternative: Its paperback books rely on a crownfunded profit-share model that pays 40 percent of the proceeds to authors and splits the rest equally between Somekind and contributors like editors and designers. “The reason why we exist is because we wanted to create this model that was actually giving back to the community—and funding money back into the community—rather than giving 90 percent to a publisher,” Mossop said.

Each $20 paperback in Somekind’s flagship Takeaway series focuses on a restaurant or bar, and the proceeds of each book go directly to that business. After Somekind identifies a business to partner with, it opens up pre-orders for its book online. Unlike standard publishing, which prints inventory after banking on a specific amount of interest, Somekind prints books on demand. If the book gets 100 orders in the 10-day pre-order period announced on social media, Somekind begins production. Over eight to 12 weeks, the company works with these food businesses to create a 96-page book with their recipes, stories, and advice, and at the end of it all, Somekind counts up sales and distributes the funds. Books get restocked as long as authors want them available on the website, and Somekind pays out monthly.

There are some tradeoffs to this printing model, of course. Without the time and financial resources of a traditional publisher, Somekind’s books don’t have the glossy finishes, large size, or heavily produced photos of traditional cookbooks, but to Mossop, that gives them a nostalgic appeal: They’re the size of a Penguin Classic, with black-and-white pages full of illustrations and photos taken by the restaurants themselves (that’s, in part, a workaround after lockdowns prevented photoshoots). As a personal touch, the first 100 people to support a book are credited in its pages.

This simple but unconventional strategy has been a success, and as of October 1, Somekind had hit $200,000 in proceeds for Australian businesses, from the high-end, wood fire-focused Ester in Sydney; to the acclaimed Chinese restaurant Lee Ho Fook in Melbourne; to the oceanside Tropicana Pizza Pizza in the coastal town of Woy Woy, and more. “This is about community, so it’s about finding the smaller venues that are important to their community rather than just the places with all the awards,” Mossop said. That’s why, for their new push into the American market, Somekind decided to work with Michelle Mungcal and Ken Concepcion of the Los Angeles culinary bookstore, Now Serving.

The pair’s curated selection starts with Kato, a Michelin-starred Taiwanese restaurant in a strip mall in West LA, and Sonoratown, a small taqueria known for its grilled beef and fresh flour tortillas. Thanks to their local knowledge, Somekind’s Takeaway LA series will be full of joints Mossop likely wouldn’t have found without being embedded in the local scene. The idea of community extends to who’s supporting the books. Since restaurants benefit from book sales, they’re more likely to promote the books on their own platforms, so fans of the restaurants can buy them to support the places they know and love.

Things have moved fast for Somekind, which is now Mossop’s full-time job. Though he initially thought they “might sell a couple of hundred [books] and it might help [restaurants] to keep the lights on for a week,” the demand was “pretty extraordinary,” he said. Somekind’s approach toward community-based efforts fits into a broader push over the coronavirus pandemic: From neighborhood fridges holding free food to mutual aid networks providing local relief efforts, people everywhere are stepping up in new ways to help each other where traditional systems are falling short.

Eight months into the project, the business model feels solid, though Mossop said the company’s success relies on its rapid expansion—hence the current move into the US. Plus, he said, “Venues around the world aren’t doing the greatest right now, and obviously, the US seems to be pretty hit pretty hard.” While $20 books won’t save the American restaurant industry when what it needs is government support, Somekind’s venture will test how much people really want to support their favorite haunts. “You just have such an amazing food scene,” Mossop said, “and it would just be a shame to see some of these places dwindle.”