“A Picture of Women’s Issues and Education Issues”: ‘THR Presents’ Q&A With ‘The Exam’ Team 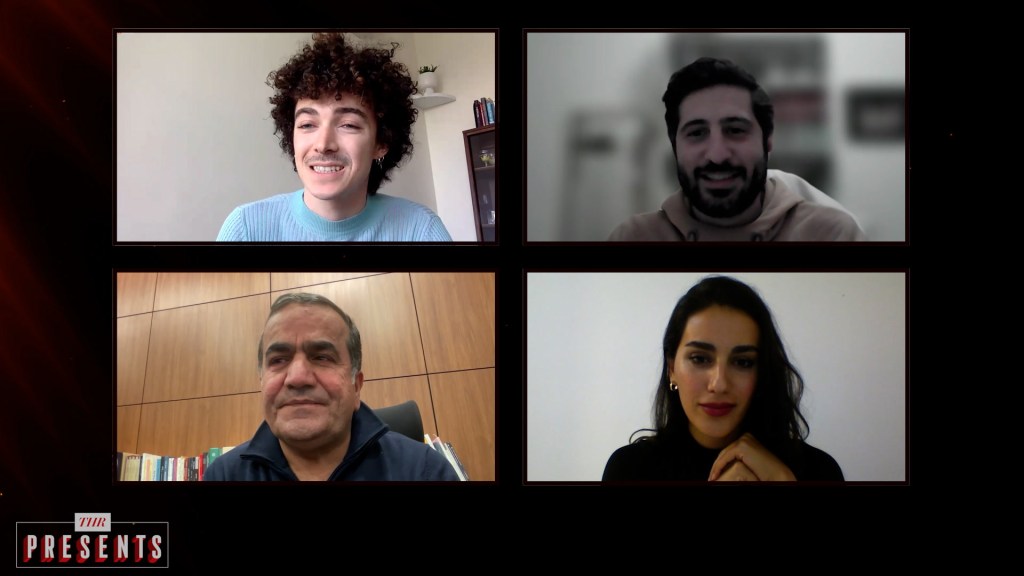 In The Exam, director Shawkat Amin Korki explores corruption within the Kurdish education testing system. He’s joined by star Avan Jamal and producer Roj Hajo to discuss the inspiration and making of the film, Iraq’s submission for the Academy Awards, for THR Presents, powered by Vision Media.

The Exam centers on two sisters, both played by newcomers to the film industry. Jamal leads the movie as Shilan, the married older sister of Rojin, played by Vania Salar. In an effort to protect her younger sister from being forced into a marriage against her will, Shilan helps her to become involved in an organized exam cheating system so she can get into university.

“My daughter, she told me about the idea of some students with cheating Bluetooth devices,” explains Korki. “And then I researched for months, went to schools and the Ministry of Education, and I found that there’s [large-scale] corruption in the education system there. … During the research I found these two girls, and I started to write the script with my co-writer, the story of the film through the eyes of these two female characters, these two sisters.”

Due to the relatively small number of working female actors in the region, Korki cast his two leads, who didn’t have any prior acting work, from a pool of unknowns. “I never had any experience acting in any film or any other project before,” Jamal explains. “It was my first ever experience. But like anybody else, it was my dream, from childhood. I always wanted to become an actress. It was totally by luck — I was introduced through some friends, filmmakers here in the region. Finally seeing the script was really interesting for me. The main character, which I played, for me was like a role model. In the Middle East in general, females are going through a lot of difficulties, obstacles in the society, as you see nowadays in Iran, unfortunately, as well. This character, how she fights through her own life to rescue her little sister, and then her life as well, because she was married against her will. … This is something true, unfortunately, for females in the Middle East. My sisters were married against their will as well, unfortunately and sadly. So for the casting of the character of Shilan, everything was new, but somehow within me I felt really connected to the character.”

In working with a first-time actor, Korki recommended Jamal stay in character between takes. “When he saw me first, I was totally another person, a completely different person from the character’s perspective,” explains Jamal. “The way I was dressing, the way the character was in the imagination of the director…so he totally tried to encourage me to stay in the character, by being as simple as possible.”

Shooting in Iraqi Kurdistan meant working in a place without a very large established film industry, though Korki was able to employ several team members he’d worked with before. Hajo explains: “There is no casting agency where you can contact and look for professional actors. [But] within the years and the productions we have made in the past, we could build an infrastructure and have a crew that we can work with — curating local actors that we had from theater schools, but then actually had practice during our productions. … But still, there is a long way to go, seeking a funding system as in Europe, having cultural film institutions that would support local productions with financing.”

For Korki, the story finds relatable themes in its specificity. “It’s a story which happened in Iraqi Kurdistan, but I think the topic is universal,” he muses. “Also, it’s a part of a picture of women’s issues and education issues. It’s also about the corruption not only in Iraqi Kurdistan but the Middle East. The story, for me, in this condition — who is right? Who is doing illegal things? The topic came to me in this morality situation. I think all the characters stand in a grey [area] — they are not black or white. They all are involved [in making] this situation.”

This edition of THR Presents is sponsored by mîtosfilm.