A beginner’s guide to Linkin Park: from radio hits to rarities 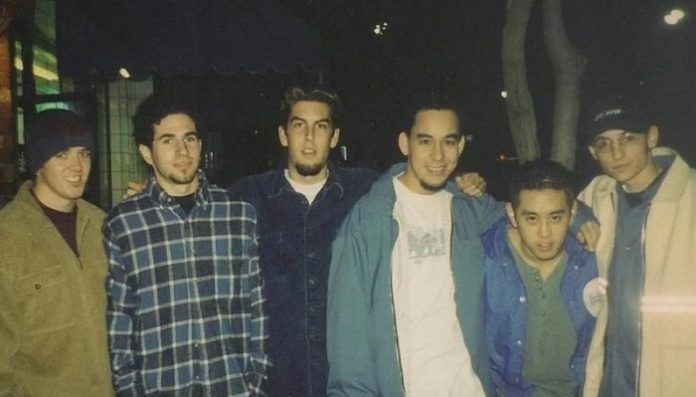 Rock ’n’ roll as we know it today would probably look a lot different without Linkin Park. Instead of following the pack in an era when nü metal was reaching its height of popularity, this scrap of musicians outta California put everything that made them tick into their music. Somehow, they managed to construct metal riffs that smoothly blended with electronica, hip-hop and even pop. That type of career doesn’t always make for the easiest discography to navigate. That’s why we’re here. So let’s explore Linkin Park’s legacy and what made them one of the most influential acts of the new millennium.

Some of the more die-hard LP fans are probably wondering why their dominating debut isn’t the very first thing here. While we’ll get to that in a second, Meteora is every member of the band working at the peak of their powers. Created while on their first major tour, LP grew up into mature songwriters who spoke about real pain that every teenager was feeling. Though Limp Bizkit and Korn were also letting out their anger, this is the closest to how many of us were feeling on the ground.

After different starts under the names Xero and Hybrid, Linkin Park’s debut was a wake-up call for the angsty set of metalheads. Tapping into real pain, this was the first album that felt like a perfect “hybrid” of different sounds. Joe Hahn’s turntables offset the guitar riffs perfectly. This is also where we got introduced to Chester Bennington and Mike Shinoda’s chemistry, where they would take the reins on every song and grab you by the throat. If for some unexplainable reason, you haven’t heard the defining record of the ‘00s (which went diamond by 2005, no less), check it out.

Essential tracks: “Papercut,” “In the End,” “A Place For My Head”

Since they shed their nü-metal funk skin from their last album, Linkin Park needed a change of pace to keep them in the good graces of rock. And when they released A Thousand Suns, we certainly got a different flavor of the band, going for a full concept record with different electronic interludes and a grand musical vision. Though reception was mixed at the time, they really had guts to make a record like this, which holds up as a story of a dystopian future about what happens once the bombs are dropped.

Whereas most of the nü-metal bands were dying out, this was the record that gave Linkin Park a purpose again. It would go on to define the alternative music scene going forward. Nothing can take away from Hybrid Theory, but a few more years down the road, this might be looked at as their Kid A or Dark Side Of The Moon.

Essential tracks: “When They Come For Me,” “Waiting For The End,” “Wretches And Kings”

Pushing your sound forward may be fun, but you can only go so far with it. Once Linkin Park came back down to Earth, all of the heavy music they loved seemed unmoored. The band settled on the remedy that was The Hunting Party, For the heavier stripe of LP fan, this is the kind of stuff you’ve been waiting for since Meteora. Brad Delson actually went for a few more solos, and Bennington turned in some of his most fiery vocal performances in ages. Though we might not have been ready for the immense changes that were around the corner, this gave fans enough incentive to stay along for the ride.

Essential tracks: “Keys To The Kingdom,” “Final Masquerade” “Guilty All The Same”

Even when they became superstars, Linkin Park never stopped being fans of music. As if to showcase their love for the hip-hop community, this is a solid remix album that brings in some of the biggest names in underground hip-hop to lay bars over the instrumentals of Hybrid Theory. Though it’s nowhere near the perfection of the debut, it was never supposed to be. This was just going to be a love letter to all of the musicians that made Linkin Park want to make music in the first place.

Since the first attempt worked so well, why not work with one of the greatest rappers of all time? After becoming one of the most famous bands in the world, Shinoda got his dream collaboration by having Jay-Z rap over his beats, which goes off a lot better than you’d expect. Just like the Aerosmith/Run-DMC collab did back in the day, these are two completely different acts coming together and playing into their strengths. Along the way, Hova doesn’t deliver a single bad line. For all of the metalheads who loved Linkin Park, this is the gateway drug for the hip-hop heads.

Essential tracks: “Points Of Authority / 99 Problems / One Step Closer” “Izzo / In The End”

Whether they wanted to admit it or not, Linkin Park were in some serious trouble after Meteora, with nü metal slowly going out of style in the next few years. Instead of sticking to their guns, the band hooked up with Rick Rubin. The result was their most pop-friendly album to that point, with songs that were destined for radio play. At heart, the record is still a Linkin Park record without question, and it doesn’t lack for  savage moments, such as the guitar solo on “In Pieces” and Bennington’s superhuman scream at the end of “Given Up.” As it stands though, Minutes To Midnight is one of the few albums in LP’s catalog that is both commercial and underrated at the exact same time.

Essential tracks: “Given Up,” “The Little Things Give You Away,” “What I’ve Done”

On the back of A Thousand Suns, Linkin Park weren’t just going to be a one-album wonder. They did need to give a reminder of who they were, though., Living Things worked as a reboot for fans who preferred the classic Linkin Park sound. Having just as many pop singles to choose from, this could be considered the most “Linkin Park”-sounding album they’ve made, with many songs taking the best of what the band could do and amplifying them. Though it’s easy to just get swooped up in the most classic sounds, there are a lot more twists and turns on this record than you probably remember.

Let us make this clear: Just because something’s down in this spot doesn’t make it bad. Although Bennington had to do his best defending the band’s shift toward pop music on One More Light, there are still a ton of great songs on here if you look for them. If anything, this is one of the most vulnerable albums they’ve ever made, with songs such as the title track having the ability to rip your heart out if you’re not careful. From the sound of Bennington’s voice, you can tell that this was the band entering the next stage of their career. The album would turn out to be the last Linkin Park album following Bennington’s tragic passing. Most importantly, it joins a collection of music that reflects the joy Bennington gave us with his career.

Essential tracks: “Nobody Can Save Me,” “One More Light,” “Halfway Right”