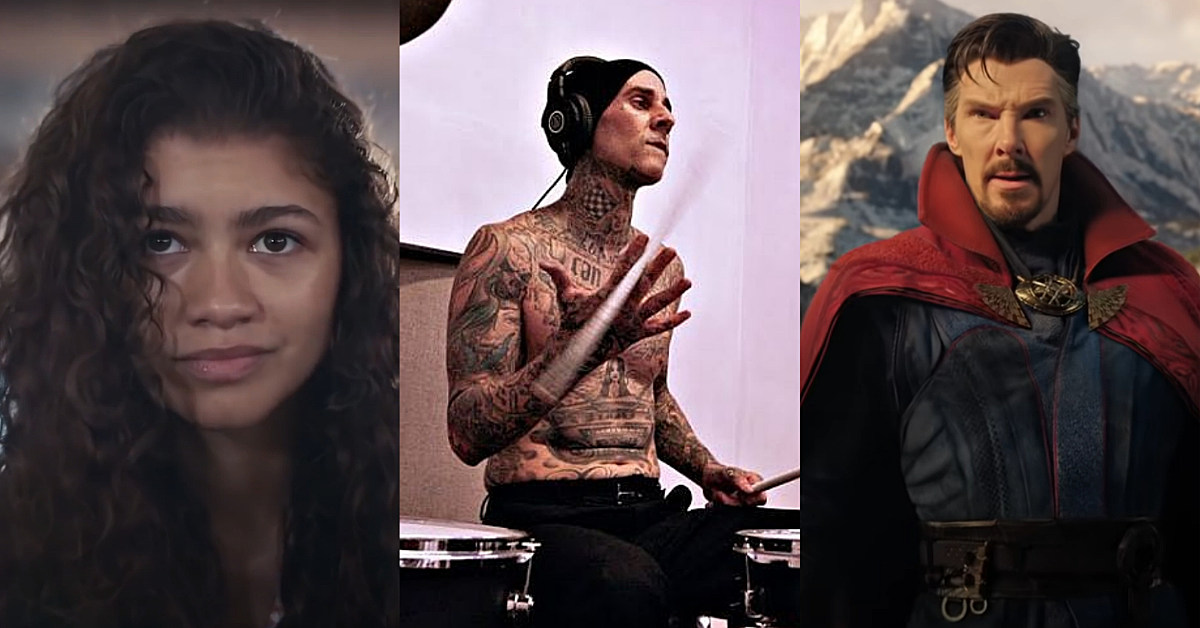 2022 has been a pop culture-raging, meme-fueled boiling pot, which means this year’s Halloween is destined to be anything but boring. From scrolling through social media and waging bets on the biggest moments in music and culture this year, these are the costumes we think you won’t be able to miss. Perhaps something to give you inspo for your own spooky season outfits?

The HBO Max series returned for its second season this year, filled with plenty of hilarious and gripping scenes that now live in our heads rent free. From iconic outfits to meme-able moments (side-eyeing that Maddy and Cassie fight), it’s impossible to pinpoint one character or outfit that’ll be chilling in the party bathtub or cutting the party short to fight Nate Jacobs.

Uno, dos, tres… Mr. 305 is a beloved hero for Gen Z. That’s why for 2022 you can guarantee your friend Pitbull will make an appearance at your Halloween bash… as long as you can find a bald cap in time.

We didn’t grab lunch today because the whole Don’t Worry Darling ordeal kept us fed for the rest of the year. From the #spitegate fiasco to the damning headlines and, of course, the TikTok memes, there’s plenty to remember. However, when a leaked video between ex-Don’t Worry Darling star Shia Labeouf and director Olivia Wilde captured an awkward moment in which Wilde blazingly refers to star Florence Pugh as “Miss Flo,” the internet was set ablaze. Even Pugh’s own team couldn’t help but laugh back at the potential jab, wearing Miss Flo T-shirts before her Venice International Film Festival red carpet appearance. It shouldn’t be a surprise to see these shirts in circulation near Oct. 31.

Horror movies, slasher films, poltergeists and the paranormal — nothing will prepare you for embarrassing yourself on Wordle when the answer was right there. If you’re looking to keep it family-friendly, why not grab some cardboard, paper and dawn your finest craft scissors to become Wordle?

This couple invented edging. She overcome his fear of flying and reposted a picture of a vial of his blood. If Travis Barker and Kourtney Kardashian aren’t your couple goals for 2022, you’re just wrong. Both stars have a plethora of outfits that are fun to replicate. It’s even more fun when you get all the spiky jewelry, big sunglasses and fake tattoos. A perfect costume for those perfect couples out there.

“Would you still love me if I was a worm?” meme

Well, would you? The worm revival arc has slithered its sticky self into 2022. From the nostalgic worms on a string becoming a staple in Gen Z home decor and jewelry to the “Would you still love me if I was a worm?” memes. If you see this costume a lot, don’t say we didn’t worm you (sorry).

Unless you’ve been living under a rock, earlier this year photos of Greta Gerwig’s 2023 Barbie movie had the internet at the throat. Boasting huge names (Margot Robbie as Barbie and Ryan Gosling as Ken), this one is for all the cute couples who love to live life in plastic (we’ve heard it’s fantastic).

What’s Halloween without some Marvel references? The enormous franchise has become a continuous staple in pop culture references, amplified by the billion-dollar movies they roll out like clockwork. As we roll into the next phase of Marvel’s character development arcs, the Multiverse of Madness took the stage, with Dr. Strange and Wanda Maximoff set to be regular trick-or-treaters, joined by SheHulk’s, Loki‘s and Moon Knight‘s.

Stranger Things season 4 has easily become our most binge-watched season this year. A fan-favorite character from the get-go was beloved metalhead Eddie Munson. The great thing is he’s not too hard to cosplay. A battle jacket, Hellfire Club shirt and not washing your hair for a few days should do the trick.