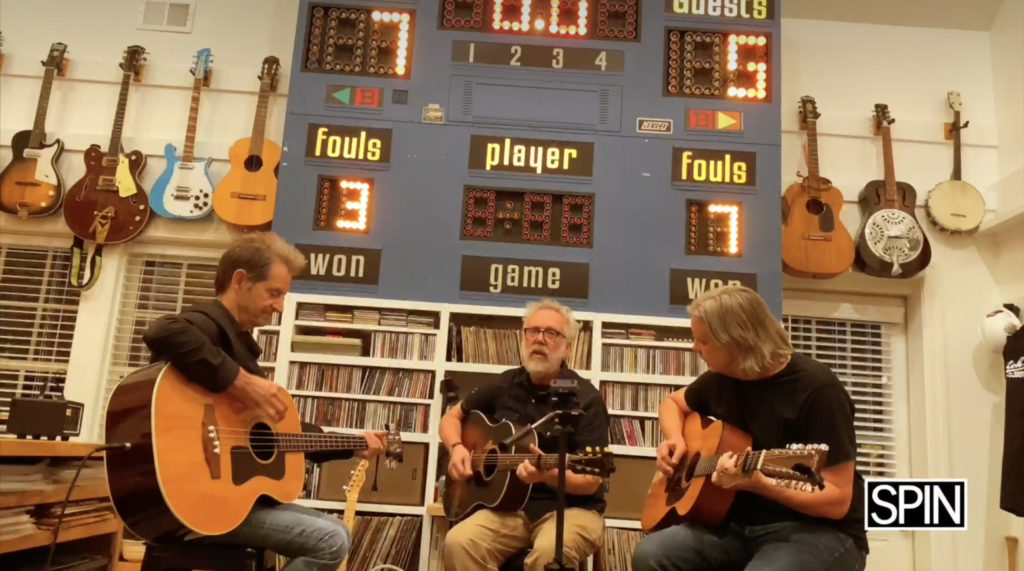 Nashville-based country-rock outfit The Delevantes are the brainchild of two New Jersey-born brothers, Mike and Bob, raised on strong harmonies, something that’s a key component to their own sound. Releasing a debut album back in 1995, The Delevantes were part of the first wave of what’s now known as Americana. The band’s contemporaries were Lucinda Williams, Wilco, Son Volt, the Jayhawks.

As for 2021? Well, The Delevantes show no sign of slowing down, releasing their new album, A Thousand Turns, at the end of the year. In this 15 Minute Live Performance, the brothers go back to their roots. They’re joined by E Street Band bassist Garry Tallent, who lends his, er, considerable talents to the set. (He also produced the band’s first album Long About That Time in 1995 that was released on Rounder Records.)

The Delevantes have released several albums since those early days, but A Thousand Turns is their first in two decades.

The Delevantes join Foy Vance to kick off the 2022 edition of 15 Minute Live Performances. Robert Finley, UPSAHL, John R. Miller, Cedric Burnside and the Grammy-nominated ensemble Cha Wa have all featured. You can watch all of the previous episodes here. You’re welcome.