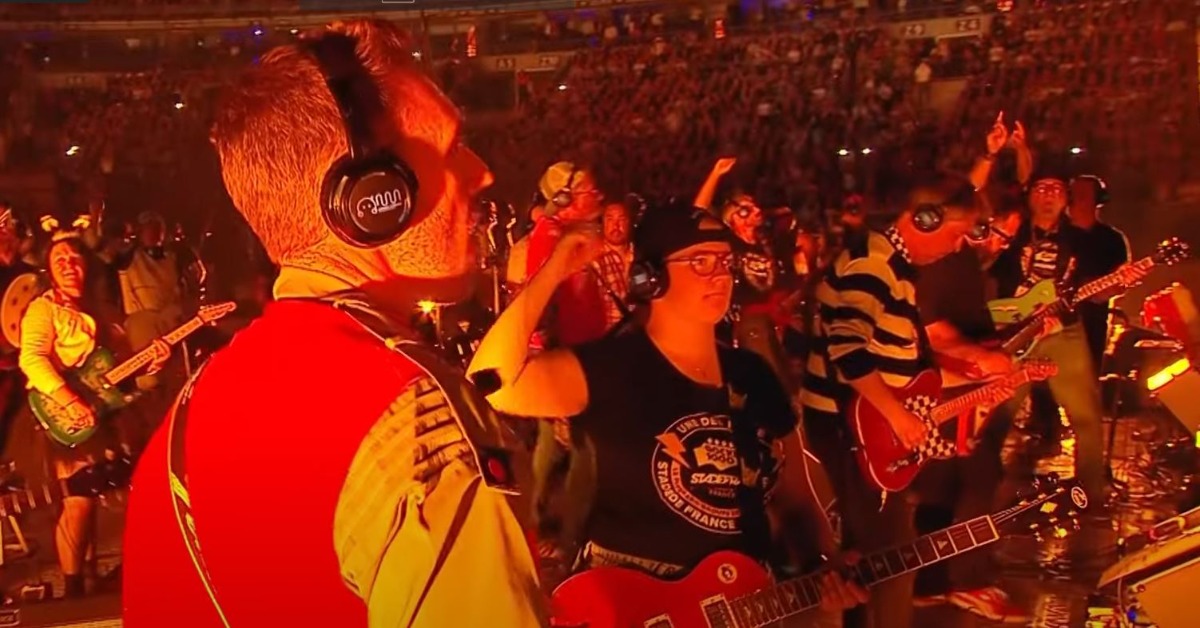 The Rockin’1000 performed “My Hero” by Foo Fighters in tribute to their late drummer Taylor Hawkins. The massive group included musicians from 25 different countries.

The performance occurred at Paris’ Stade de France May 21. The group’s set contained covers of Rage Against The Machine, the Who, Pink Floyd, the White Stripes and Guns N’ Roses.

Seven years ago, the Rockin’10000 was founded to cover Foo Fighters’ “Learn To Fly” in an attempt to get the band to visit the town of Cesena, Italy. Since its inception, the Rockin’10000 has continued to celebrate rock music by bringing together as many musicians as they can.

This was the group’s first performance since 2019. Previously, the Rockin’1000 have covered tracks by the Ramones, Queen, Steppenwolf and more.

Check out the performance below.